The conversion of Asa Hutchinson 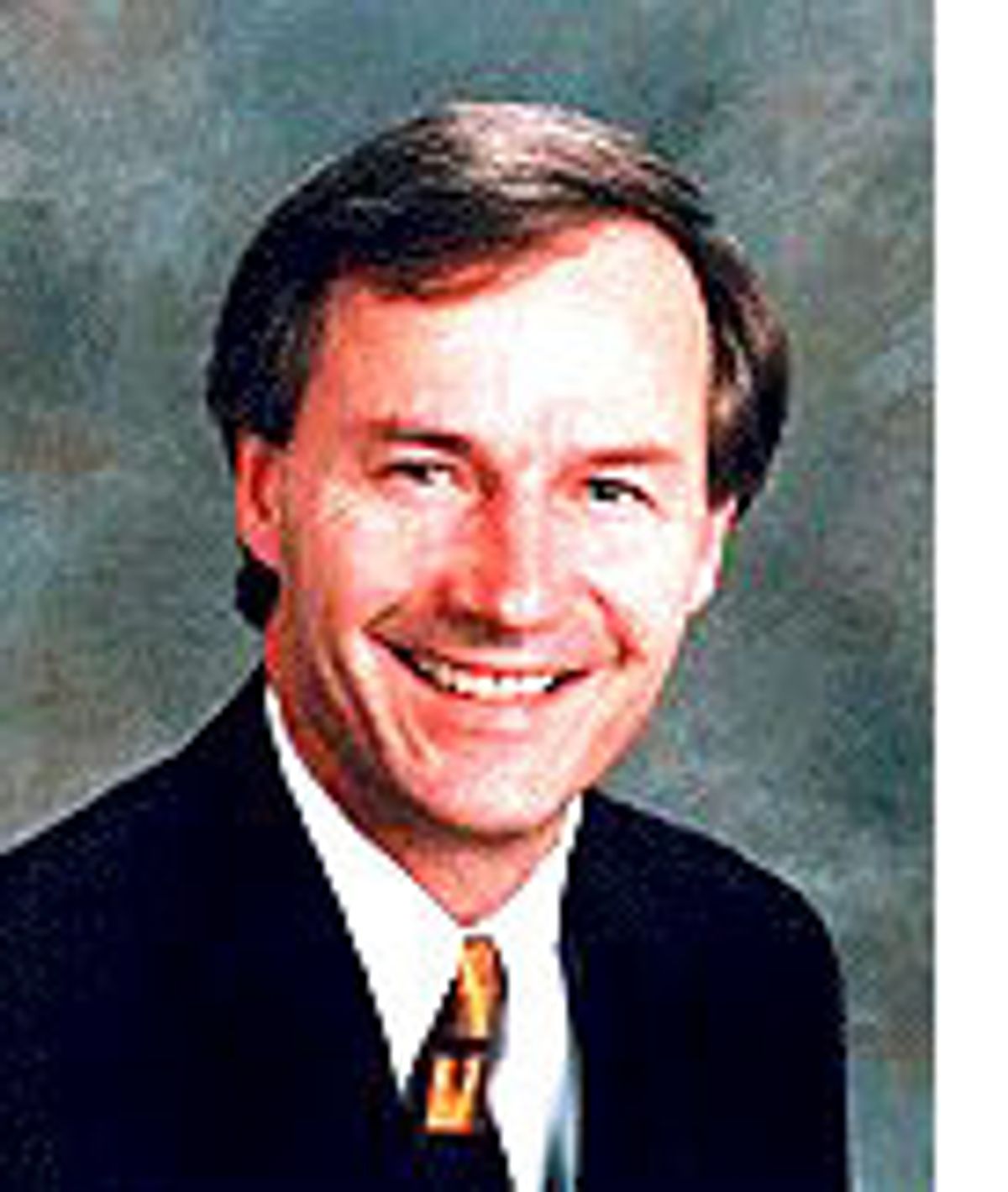 When Rep. Asa Hutchinson, R-Ark., offered a pragmatic alternative in September to the tough Shays-Meehan campaign finance reform bill, he implored his colleagues, "You cannot get a better product."

At the time, he was widely deemed an obstructionist, a false prophet for the reform movement. In the interim, however, the House passed the Shays-Meehan bill, and by Tuesday afternoon, Hutchinson was proclaiming himself a convert.

Standing on the Senate lawn and flanked by Sens. John McCain, R-Ariz., and Russ Feingold, D-Wisc., Hutchinson offered support for the stripped-down Senate version of the legislation, which focuses on banning what McCain described as the "most egregious thing" in the world of political money: the unlimited and unregulated soft money that parties and advocacy groups can spend almost without limit.

Hutchinson explained that he hadn't changed his position, but that the bill itself had changed, allowing him to come on board.

"I thought [Shays-Meehan] went too far," Hutchinson said. "I congratulate Sens. McCain and Feingold for their straightforward ban on soft money. It minimizes the objections and maximizes the chances for passage in this Congress."

Or, as Feingold put it, stripping the bill down to a ban on soft money gives Republican senators "a reason to vote for it and nowhere to hide." McCain noted that if he had learned anything from his fight against the tobacco companies, it was that, "if you allow 'perfect' to be the enemy of 'good,' then you're doomed to failure."

"Rep. Hutchinson's endorsement is significant because he has his own campaign finance reform proposal and although I don't agree with all of it, it was a serious proposal that dealt with the major issues of soft money and issue ads," Feingold said.

Hutchinson's move was significant not only because he was active in trying to defeat the House version of the legislation, but also because many observers see his endorsement as a ploy to influence his older brother, Sen. Tim Hutchinson, R-Ark., whose position on the McCain-Feingold bill is still unknown.

The elder Hutchinson is one of a dozen or so senators whom McCain and Feingold have been lobbying, including Republicans Chuck Hagel of Nebraska, Mike DeWine and George Voinovich of Ohio and Peter Fitzgerald of Illinois.

But Sen. Hutchinson's press secretary said Tuesday that her boss wouldn't necessarily be swayed one way or another by his younger brother's position. "Sen. Hutchinson has said in the past that he's in favor of a soft-money ban," said Sue Hensley. "But he's going to wait and see how the debate goes next week and see what the final bill looks like. The senator has his own ideas and doesn't vote in lockstep with his brother. They share a lot of values and support the same issues, but they each have their own considerations."

When Rep. Hutchinson was asked about his influence on his older brother's vote, he smiled good-naturedly and said that Sen. Hutchinson "keeps his own counsel."

Sen. Mitch McConnell, R-Ky., a longtime opponent of campaign finance reform, has pledged to do everything he can to defeat the bill. Many Washington advocacy organizations are supporting McConnell's position. The American Civil Liberties Union, for instance, considers McCain-Feingold a violation of free speech. The National Right to Life Committee and Citizens for a Sound Economy both sent representatives to hand out anti-McCain-Feingold materials at Tuesday's press conference.

McCain-Feingold "will further entrench the bipartisan monopoly grip on government by incumbents who use the perks of office and campaign finance laws to defeat challengers at the polls," the Citizens for a Sound Economy press release said.

In the face of fierce, daunting opposition, and a slim chance of success, Feingold sounded optimistic.

"At some point Mitch McConnell won't have enough people [on his side] anymore, as long as we keep moving in the right direction, and he keeps moving in the wrong direction," Feingold said. "You never know how it's going to turn out. A week ago, I wasn't sure that Asa Hutchinson would be supporting us."

Debate on the bill is scheduled to begin Wednesday.