The sacred profaned in Santa Fe

Seeking the intellectual rigor of Catholicism, she found instead a recorded voice in the confessional booth. 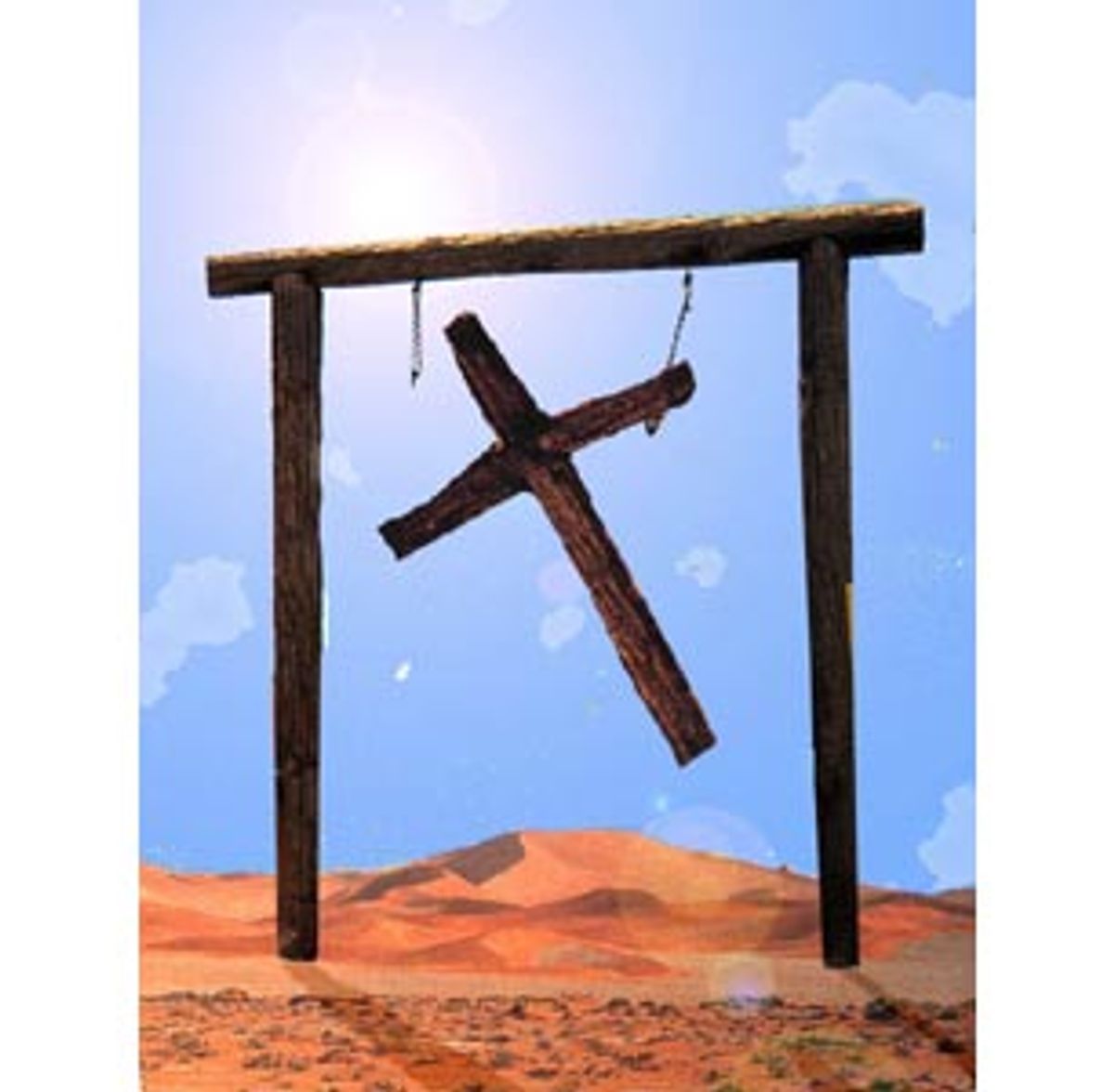 I would like to cast myself in the role of a great, misunderstood artist stoned by Pharisees in the schoolyard, but in truth I was an intellectual snob from the time I was 11. My prematurely developing body convinced me I was as repulsive as the Elephant Man, so I spent my free time wandering the playground writing stories in my head, or barricaded behind my books. Over the years an army of counselors trooped into a collective psychiatrist's office that I seemed to spend years in, telling me that, socially and academically, it would all be better once I went off to college. College, rather than religion, became my opiate. No matter how unbearable my life seemed, one day I would be swept away into an Eden of academic delights.

From the time I was about 8, my father had told me bardic tales of his spiritual awakening at the College of Santa Fe in the deserts of New Mexico. His transcendental images became so seared in my mind that I vowed to follow in his footsteps.

When it was time to choose a college, I looked at other schools, but Santa Fe was always in the back of my mind. When I discovered it had one of the few full-fledged undergraduate creative-writing programs in the country, it became my first choice. I applied and was accepted.

I visited the two small, private, mid-Atlantic colleges that had also accepted me. They were nice, but seemed very typical. I wanted something new, something I'd never known. I had a deep feeling that if I went to Santa Fe I would either hate it and come home, or soar into a better life. After visiting it and learning about its commitment to the traditional disciplines, its emphasis on theater and film, and its Catholic Christian Brothers tradition, I was convinced that there I would meet other artistic oddballs like me.

But almost as soon as I arrived, I began to worry that this faraway college, the place where I could indulge in both the life of the mind and the spirit, would not live up to my expectations. In my first night in the dorm, I sobbed in the thin desert air, and woke the next morning trembling with anticipation and optimism. I was here, where I had dreamed of coming for so long. In fear, I rose to confront my dream.

I walked to my classes hoping to find teachers who were not career academics, but brothers for whom teaching was their mission to God. Instead, only one of my classes -- religion studies -- is led by a Catholic brother. He is a wonderful teacher; although a devout Catholic, he does not give any religion priority in his lectures. He has a true vocation in teaching. Although all my teachers teach well and are dedicated, none has the utter devotion to teaching that he does. I soon learned that of the 14 brothers on campus, only four teach full-time. There have been no new brothers in years, and the school is rapidly losing its Catholic flavor.

Although I am non-practicing, I am a cultural Catholic. My senses were formed on the glow of stained glass and the scent of incense. As an adolescent, I rebelled against the Catholic hell and proclaimed that no loving God would eternally damn his beloveds. But at about 16, I realized that I had been shortsighted. Whether or not Jesus is God, Catholicism tells much more truth about life than the generic pop culture that was my only other source of enlightenment. After a rigorous Catholic elementary education, I was shocked at how the brightest students in my public high school were ignorant of the most fundamental grammatical rules. Thus, I gained great respect for Catholicism's strong educational traditions.

Most of the students I have met are not like me. Maybe they came to Santa Fe for culture, the sun or the arts programs, but they did not come for the Christian Brothers tradition. Many of them have little interest in the liberal arts, and view them as a detriment to their arts majors. Too many of them are pop-culture inbreds regurgitating MTV politics. And most of the students I've encountered have an arrogant disrespect for religion in general. One student recently proudly recounted how he harassed members of a congregation that rents space on campus. He approached them and asked them about the validity of Christianity and religion in general. As he spoke, a smug tone colored his voice as he laughed at all those dummies who believe in Jesus.

Santa Fe was once a haven for Spanish Catholicism. It boasts what is thought to be the oldest shrine in the U.S. dedicated to the Virgin of Guadalupe. The mountains surrounding the city are called "Sangre Cristo," Blood of Christ. "Santa Fe" itself means holy faith. But the City of Holy Faith now vibrates on different wavelengths, and even its Catholic legacy seems to be getting a face lift.

On a tour of the city with my freshman seminar, I went to the Loretto Chapel. It houses one of Santa Fe's greatest treasures, a miraculous staircase. The staircase defies all laws of engineering. It has neither nails nor any other visible means of support. And it was built by a mysterious traveler who arrived after the sisters had prayed for a staircase and disappeared shortly after its completion. According to legend, the enigmatic carpenter was really St. Joseph, patron saint of carpentry.

I bristled in mild distaste at paying to enter a church, tourist attraction though it may be. But the beauty of the chapel heightened my despair. The staircase was stunning. It twisted, like a corkscrew curl, and had a smooth underside, unmarred by any support mechanism. Looking at the pictures of Mary and angels, I realized I'd forgotten how touching it was to be in a church. I went into the confessional booth for a brief moment of solitude, and discovered a speaker system that periodically emitted the chapel's history in the monotone that all instructive recordings have. I forced a small, unsatisfying tear down my face and left.

Bored, I wandered into the gift shop. Surrounding me were T-shirts, shot glasses and silver spoons with "Loretto Chapel" emblazoned on them. I examined the overpriced, laminated Guadalupe cards, a staple of any religious store, and the generic statues of Jesus and the saints. A sweet, bland Madonna stared down at me, her arms opened in a cloying embrace. Then our teaching assistant came into the shop and told me we were ready to leave. I sulked, wanting neither to stay nor leave.

That night, I lay in bed as my roommate watched David Letterman. Watching Dave's nasty, adolescent humor in my misery was so ironic it made me laugh. Then tears came. They stayed stubbornly in my eyes, so I forced them out. A strange contentment came over me, not because I was happy, but because I had always felt this way.

Lillie Wade is a 19-year-old freshman at the College of Santa Fe. This is her first piece for Salon.