Anyone for a poop daiquiri?

I can't do the stony-face thing when it comes to bathroom humor. 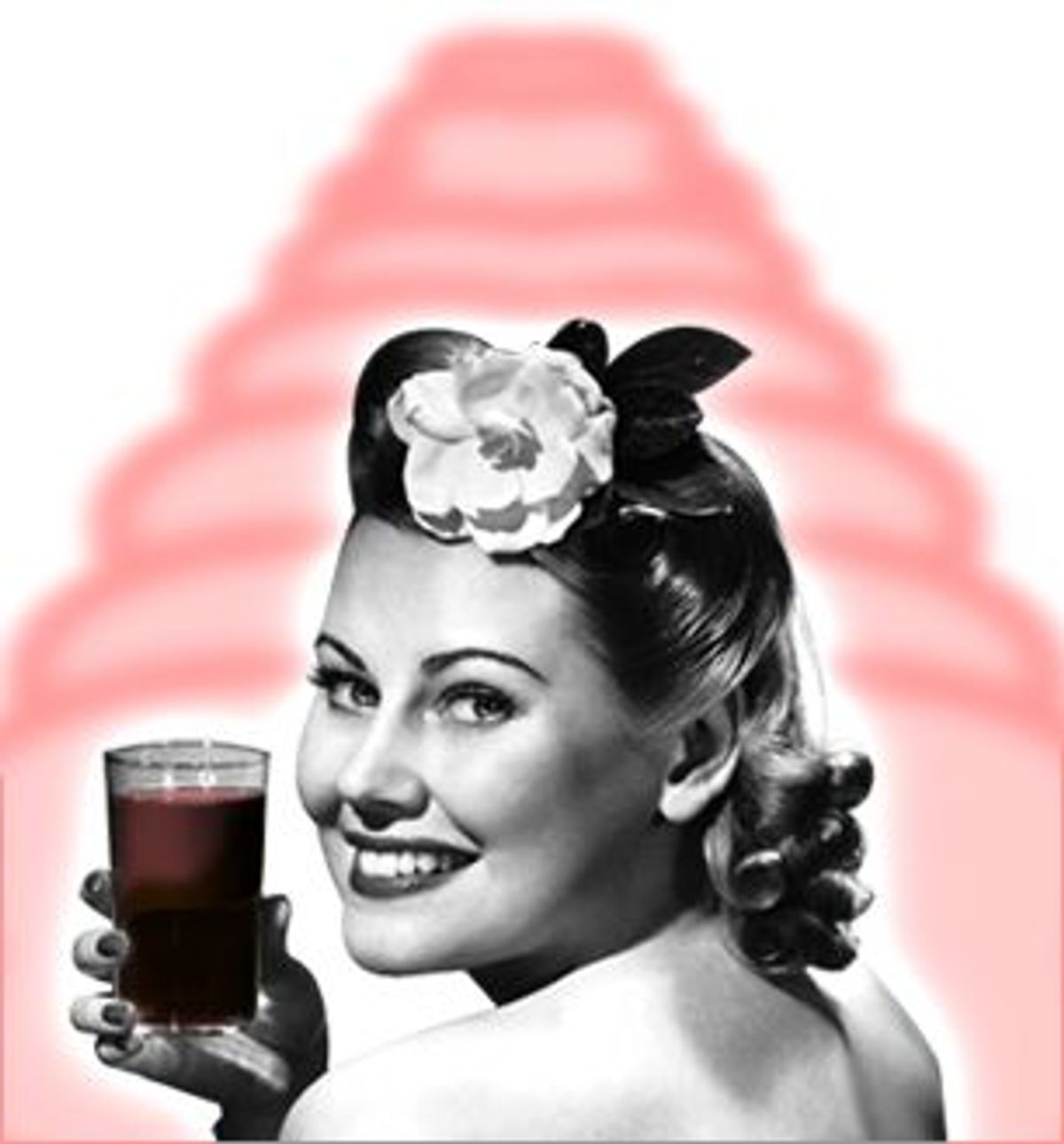 When it became known that my husband-to-be did not think farting was funny, certain members of my family advised me to break off the engagement.

They knew I could never change. No matter how hard I have tried to look stony-faced and composed, I am reduced to a doubled-over, mascara-running heap at the merest hint of a poop joke. And if someone cuts one in public, forget it. I barely survive the experience. My family feared that my beloved would never change, either. And they were right. He's very good at the stony-faced thing when there's bathroom humor in the air and many years into our marriage, I still admire him for this.

When our son was born, I vowed that things would be different. Motherhood would force me to grow up. We all want better lives for our children: Instinct told me my son's life would be smoother if he did not find bodily functions cripplingly funny. At the very least, thought I, Mom must keep hidden this soiled Achilles heel in her own sense of humor.

But when, my C-section neatly sewed up, I was wheeled back to my hospital room with my beautiful, fresh-born son and he looked at me with a certain smile, I knew. He'd inherited the poop-joke gene. Conventional wisdom would have said my baby smiled this big, gummy smile at me because he had gas. I considered that possibility (and, of course, I found it funny). But my new mother's instinct told me it wasn't gas at all. There was just something about that smile that told me soon, very soon, he would crack up at the merest mention of gassers, at the sound of a Richter-rocking belch, or at someone blowing their nose and sounding a mating call. I knew from that goofy grin that he'd just about die at the myriad flatulent sounds one can make via mouth or, yes, armpit, and really savor a good poop joke.

While the baby adjusted to life, I called my parents in Ohio. "Dad, I can tell already, he's a character," I said, tossing one of my father's favorite phrases back at him. Dad knew what I meant: Years of infantile bathroom humor to come.

Things went well for a while, and I stuck to my stony-face plan. This was not easy as Gus spent his first five years in Britain, the potty-humor capital of the Western world. Still, I tried. When Gus would cackle at the mention of his knickers, I would force the lie: "There's not really anything funny about knickers, sweetie." When he'd guffaw, "Mummy, I can see your bum!" I'd struggle to be stern: "Our bottoms are not really funny, hon."

Gus and Theo, his best mate from playgroup, hit the potty-talk stage together. Their anthem, or should I say mantra, became, "Poo-poo, wee-wee, bum-bum," repeated in the car, at the lunch table and at teatime until the boys were red-faced and gasping from giggling. I'd have to leave the room, do my laughing on the sly, then return to deliver, deadpan, what I felt was a perfectly credible, "All right boys, that's enough of that." I noticed Theo's mother alternately trying to wipe the smile off her face and wondering whether Gus was a bad influence on her son, luring him, as he was, into the bottomless pit of bathroom humor.

My husband could see the strain I was under and, bless him, he sympathized. He, too, struggled at times to ignore our son's loo-oriented utterances. One day Gus came home from playing with his true loves, Lily and Amy. We asked, "What'd you guys do today?" He answered with a gleeful, "Amy pooped her knicks!" and we both went down. Hysteria all around. Confirmation issued. Pooping, weeing, farting and burping are, indeed, very funny -- even Dad thinks so. Gates stormed, citadel fallen.

If I had any hope of rebuilding a sense of decorum in my son, it was lethally gassed by the arrival of my cousins, two women with minds like dirty diapers. Both well-educated professionals, these two have such a highly developed sense of poop humor they leave skid marks on my potty talk.

As soon as they hit London, they caught a nasty flu bug and spent the next four days in our bathroom, voiding their systems of all solids, liquids and gases. In between trips to the WC, they amused Gus with descriptions of the occurrences therein. "I couldn't tell which end it was going to come out of," one crowed. "First, it was going up, then it was coming down, then it was going up ..." -- that sort of thing. I tried, I really tried, with hand signals as I couldn't speak for laughing, to discourage this. They responded by showing him how to make the house reverberate with faux-farts by putting the heels of his hands together, pressing them to his mouth and blowing. "He's a natural," they observed, awe-struck, as if this were an Olympic sport to which he could aspire.

That occurred 1995-ish. Things are now completely out of hand. My son loves to hear how, in infancy, his diaper-filling sounded like someone operating a cappuccino machine. His appreciation of opera is being shaped, or distorted, by my impersonation of Pavarotti singing the chorus from that late '90s classic, "I Sing the Song of Gas." Kid mealtimes, featuring Gus' best friend from next door, are nothing short of gas fests. What often starts with something as simple as one of them muttering the word "gas," progresses through a rain of belches and gales of laughter. And if they're really lucky, one of them farts.

How did I come to be this way? Was it nature or nurture that sent me, from an early age, into fits at the sight of the word "toilet," or had me rolling on the floor at the thought that a girl could be named "Fanny?" Half of my relatives do not think bathroom humor is funny. Period. They are too grown up and genuinely dignified. But that other half, well, you just say "wet ones" around these people (especially at that crucible of all great bathroom humor: the dinner table) and that's it, meal's over until everyone stops choking and recovers themselves.

My sweet mother gently tried to convince my brother and me that cracking poop jokes was not acceptable behavior (especially at the dinner table). But my father was incorrigible. He just couldn't help himself and frequently started it (especially at the dinner table). The result: I am an obvious choice for gifts like coprolite (fossilized dinosaur poop).

But I don't want to change. Having these bathroom sensibilities has given me more than my fair share of belly laughs. When things are bleak, I know I can always crack myself up by remembering the time I farted in front of my best friend's entire family. This was no ordinary fluff. I'd fallen asleep on the couch as we all watched TV after dinner. My gasser was so loud and long-winded it woke me up. Thirty years later, the memory of this ripper can still reduce to me tears.

No, I'm not proud of finding this sort of thing funny. And I'm not recommending it. But it's a quirk that has its advantages. I am not, for instance, the least bit squeamish about the body or its functions, mine or anybody else's. So, while you may say that I have failed my son, I am inclined to look on the bright side: We could have a budding proctologist in the family.