Book: Bush was arrested for cocaine in 1972 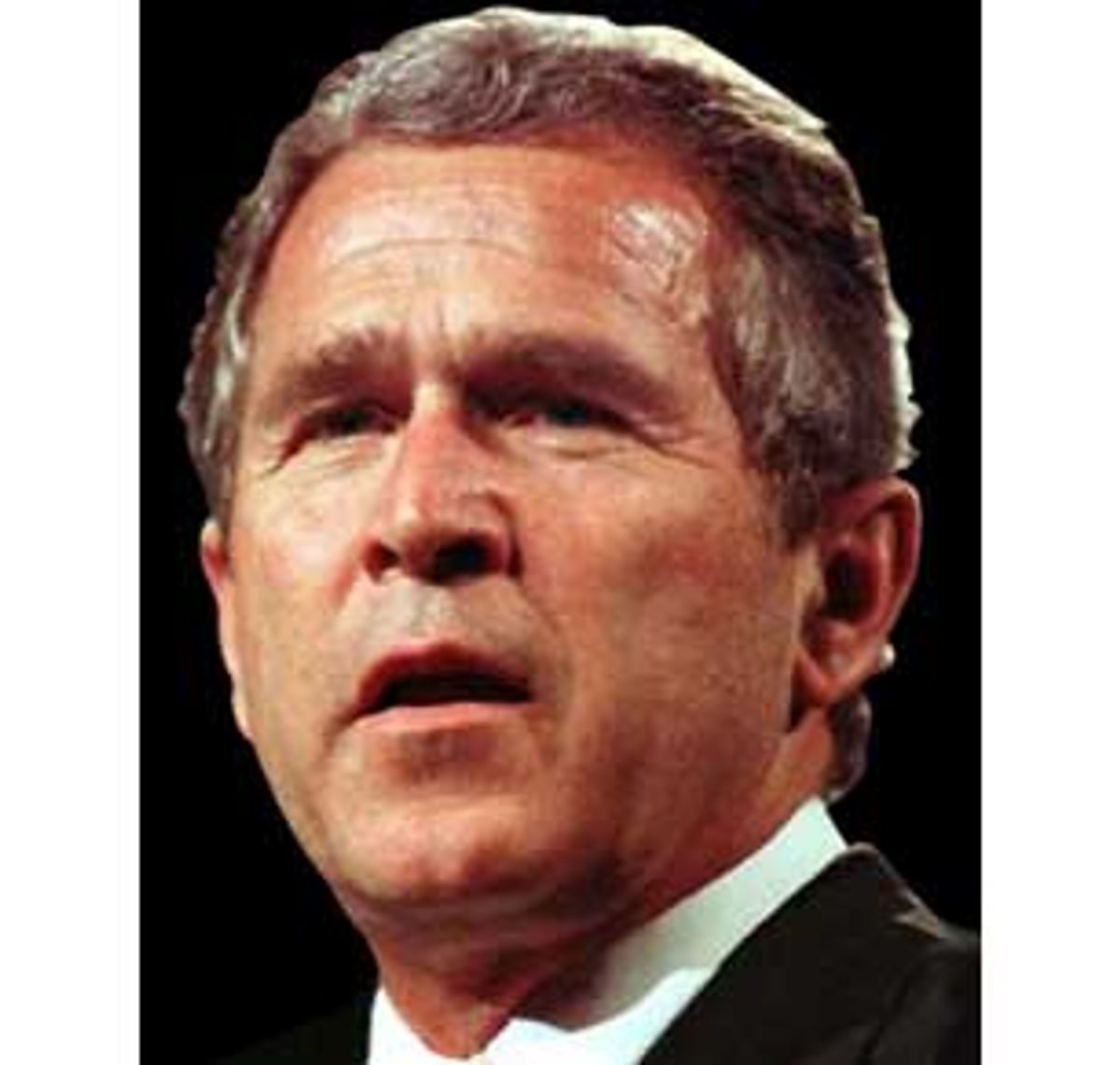 A new book by Texas author J.H. Hatfield claims that George W. Bush was arrested for cocaine possession in 1972, but had his record expunged with help from his family's political connections. In an afterword to his book "Fortunate Son: George W. Bush and the Making of an American President" (St. Martin's), Hatfield says he took a second look at the Bush cocaine allegations after a story in Salon reporting allegations that Bush did community service for the crime at the Martin Luther King Jr. Community Center in Houston's Third Ward.

The center's executive director, Madgelean Bush (no relation to George W. Bush), had told Salon News and others that Bush did not do community service there, and the Bush campaign likewise denied the allegation. But the Texas governor had admitted to working at Houston's Project P.U.L.L. in 1972, and Hatfield says he began to wonder if that was actually the community service sentence. Hatfield says he confirmed those suspicions with three sources close to the Bush family he had cultivated while writing his biography, which publishes Wednesday.

By contrast, "First Son: George W. Bush and the Family Dynasty," by Dallas Morning News reporter Bill Minutaglio, says George Bush Sr. referred his son to Project P.U.L.L. after an incident in which George W. drove drunk with his younger brother Marvin in the car.

But Hatfield quotes "a high-ranking advisor to Bush" who confirmed that Bush was arrested for cocaine possession in Houston in 1972, and had the record expunged by a judge who was "a fellow Republican and elected official" who helped Bush get off "with a little community service at a minority youth center instead of having to pick cotton on a Texas prison farm."

Hatfield quotes a former Yale classmate who told him: "George W. was arrested for possession of cocaine in 1972, but due to his father's connections, the entire record was expunged by a state judge whom the older Bush helped get elected. It was one of those 'behind closed doors in the judges' chambers' kind of thing between the old man and one of his Texas cronies who owed him a favor ... There's only a handful of us that know the truth."

Another source named only as "a longtime Bush friend" described the situation this way: "Say you get a D in algebra ... and now you're going to be required to repeat the class the following year, but your teacher says if you promise to be tutored during the summer by a friend of hers who's good in math, she'll change the D to a C. You spend a few hours a week during the summer vacation learning all about arithmetical operations and relationships, and then the teacher issues you a new report card, replacing the old one on file in the principal's office ... Something akin to that scenario is what happened with Bush in 1972."

Hatfield also says that when he asked Scott McClellan to comment on
the allegation of a former Yale classmate of Bush's that the presidential
hopeful was arrested for cocaine possession in 1972 and had his record
expunged in exchange for community service at Project P.U.L.L., the Bush
campaign spokesman said, sotto voce, "Oh, shit," followed by, "No comment."

McClellan denies that the exchange ever occurred. "I never spoke to the
guy, and I'm not aware that anyone at the campaign has spoken to him," he
told Salon News.

Tucker pointed out that there were no Republican judges in Harris County until 1979 and says that former President George Bush's office "has issued quite a strong statement about how inaccurate this is." The elder Bush's spokeswoman was not reachable for comment.

Hatfield is a Texas reporter and syndicated columnist. He has previously published a biography of "Star Trek" actor Patrick Stewart.

"Our lawyers looked at the manuscript with great care, it was thoroughly fact-checked," Thomas Dunne, publisher of the St. Martin's imprint that's publishing Hatfield's book. "This author is a pretty good
digger. He used a lot more sources than Bob Woodward has in a while. I didn't ask for the names of the three anonymous sources he used in regard to the drug charges. His editor might
have, I don't know.

"Do I know for a fact these allegations are true? No, of
course not. But I know that the author believes them to be true. He
researched the book exhaustively and put it together with a variety of
independent sources, including many who have never met each other."

"Salon actually started this," Hatfield said in an interview Monday. "The book was finished. The galleys were in and ready to go to print. You guys did the story on the MLK Jr. center.

"When I was working on the book, it's almost like being one of those women
who sit around and make quilts all day. You've got all these
patches of fabric. The Project P.U.L.L. year in 1972 did not fit his
personality. It would be like that one piece on that quilt and you may
not notice it. But if I made that quilt I'd be across the room going, 'That
piece just doesn't fit. It bothers me.'"

Hatfield says he, like other reporters, didn't pay much attention to the year Bush spent doing community service -- at a time when it was well-known he was drinking and carousing. "I fell for it just like everybody has. Kinda glossed over it -- 'That's nice.' All of a sudden he
goes back to his young and irresponsible years again. Why all of sudden would you quit flying your planes, quit drinking, quit chasing women and go mentor inner-city black kids? That piece never fit in.

"He was arrested. He was not charged as far as I know from my sources. What
happened was he was picked up, taken to Harris County Jail. Within hours
Dad was there.

"I think his dad might have gotten him switched to another judge. Texas
judges are elected, which makes a lot of people believe that they can be
manipulated and corrupted."