Turns out pregnant is sexy. Who knew? 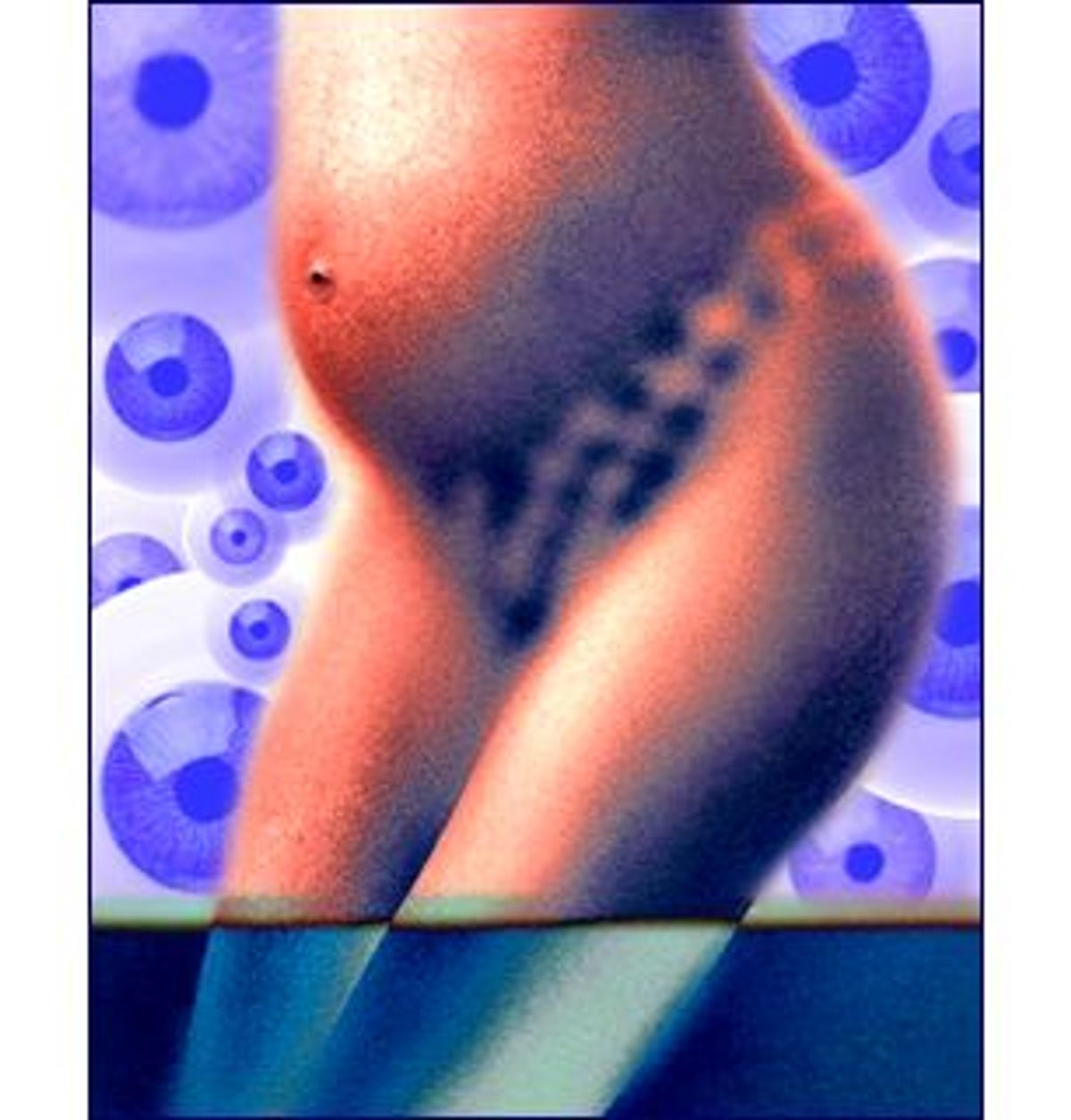 The first time was partially my fault. I walked into the Sahadi Importing Company without a wedding ring. It wasn't entrapment or anything, it's just that I'm six months pregnant and my hands and fingers tend to swell, so most nights I remove the wedding band my husband gave me five years ago.

On this particular morning, when I left for my morning food-shopping rounds to the Middle Eastern supermarket, I realized I'd forgotten to put the ring back on.

As soon as I entered the store and asked the smiling salesman for a
sample of the kalamata olives, I sensed I might be in trouble. The Sahadi crew is notorious for flirting with single female shoppers. I just figured my big belly was adequate defense.

"Are you married?" the salesman asked.

I looked down at my belly and smirked. No words needed.

"Yes, I am," I said, insulted at first, flattered shortly thereafter.

"You never know," he said, shrugging.

I took a half pound of the olives and waddled over to the hummus
counter, feeling sexy and powerful.

A week later, at a South Jersey club, I wandered around alone at the back of the place, leaving my two friends near the ear-splitting speakers to wait for Bruce Springsteen to show up (yet another rumored appearance; he didn't show). The music was way too loud for the baby, who kicked at me whenever the bass player got way down and fuzzy.

While sipping my club soda and lime, I tried to look confident but
bored, hoping my belly -- even bigger this week -- would keep the cruising
bachelors at bay. Then I spotted him out of the corner of my eye. Alone and
circling, looking my way.

I bent my back a bit more, to push my obvious bundle further into the
foreground. But it didn't matter. Or maybe it did. It must have been more of a turn-on because he descended.

"My friends are up there," I explained, nodding toward the stage,
hoping he'd just go away. "The music's too loud for the baby."

"How pregnant are you?" he asked.

This time I held up my ring finger and waved it.

He flinched. But I was determined to get to the bottom of this mystery.

He stopped me before I could go on.

"You're just very attractive," he said, "and I thought, why not?"

I have to admit, I do have a healthy glow, what with all those months
of fruit and vegetables, no smoking, no drinking, no bacon. My hair is shiny. My cheeks are rosy. And my nails are long and strong. I feel healthier than I have since I was a teenager. But what kind of man would hit on a pregnant woman?

"They figure you're desperate," explained one friend, a veteran of New York's singles scene. "They figure if you're not married, you'll be grateful to be asked out."

But do they plan to score? I certainly am in no shape -- or state of
mind -- for casual sex, married or unmarried.

"Maybe they figure they'll wait around a few months," said my single
friend.

And they want a girlfriend with a squawling infant?

One friend who teaches high school says teenage boys love to date girls
with babies, simply because they know that they'll "do it."

OK, but I'm 34 and the guys making advances are too old to be narrowing things down to such elementals. Or maybe not.

"It's like you're a ready-made wife and mother," said my single friend.
"They know you're fertile. It's probably some deep evolutionary thing. You can procreate, no doubt about it."

I had been convinced that once I started to show, I wouldn't be
attractive to anyone. Maybe beautiful in an earth-mother sort of way; but certainly not sexy. In fact, I had imagined that I might never be attractive again. Call it premature postpartum blues. (My husband tells me every day how beautiful I am, but that's just a part of his job.)

Getting hit on while pregnant has changed all that. Pregnant is
sexy. Pregnant is hot. I guess I have Demi Moore and Madonna to thank. Or maybe I owe it to ancient hormonal complexities. Who cares?

Tonight I'm headed to a trendy Manhattan bar for the going away party of a single friend. She's moving to a state with a better male-to-female ratio. I think I'll tell her to stay in New York and strap on a
pillow.

As I prepare for my exit, I contemplate my entrance. For the first time in months, I'm excited at the prospect of what to wear. The blue Liz Lange maternity blouse with the gray miniskirt? Or the flowing orange sun dress?

I feel sexy, but safe.

Helene Stapinski is a freelance writer in Brooklyn whose articles have appeared in the New York Times, New York magazine and Billboard. She just sold her first book, a family memoir, to Random House.