O.J.'s "I Found JonBenet!" and other upcoming St. Martin's titles

After the unexpected P.R. bonanza of J.H. Hatfield's Bush bio, the imprint reveals its fall lineup. 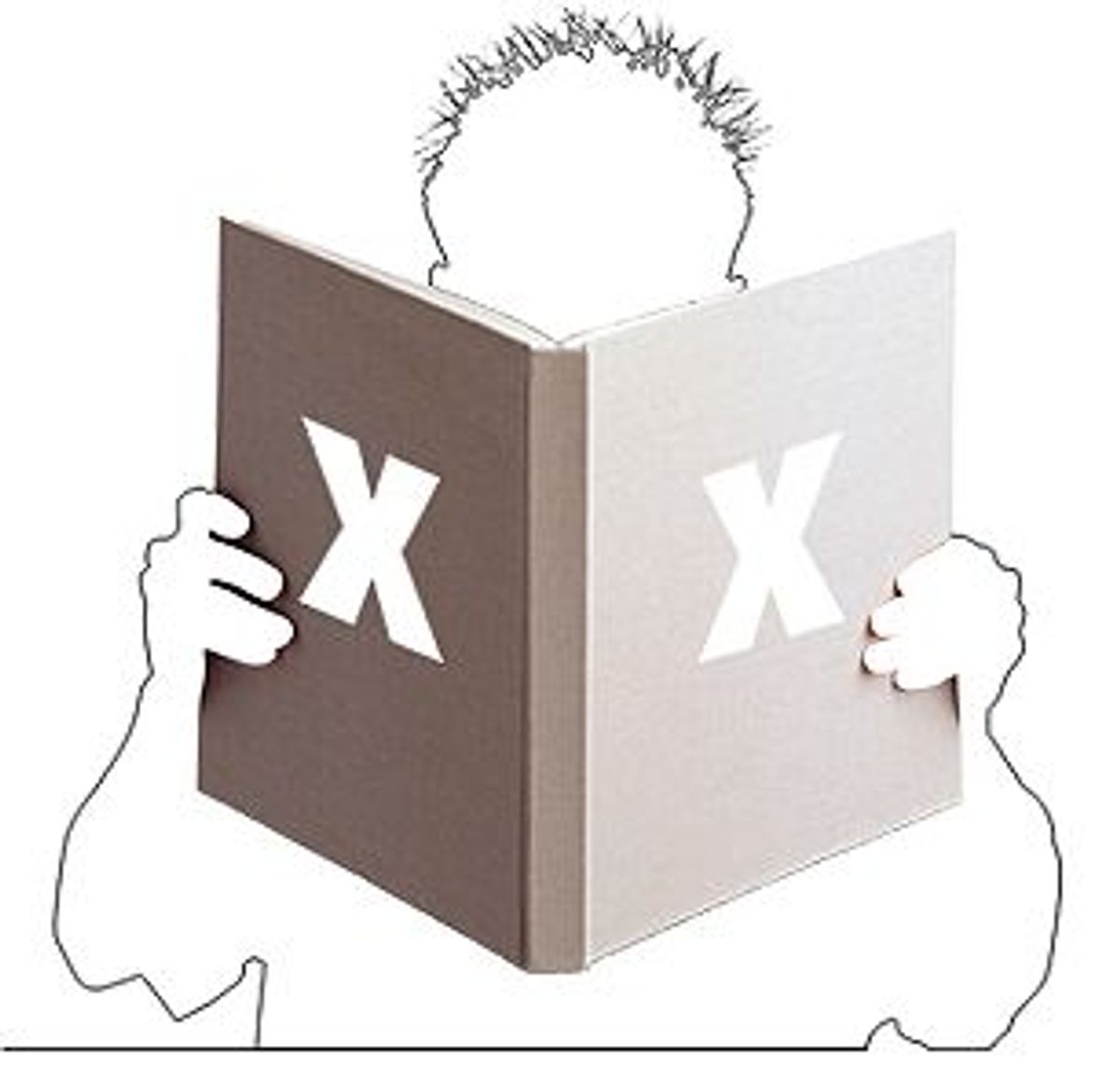 In the wake of the controversy surrounding "Fortunate Son: George W. Bush and the Making of an American President" -- whose author, after accusing the presidential candidate of being arrested for cocaine possession, has been charged with being a convicted car bomber -- St. Martin's Press has released a list of its upcoming titles.

"Unfortunate Looking: The Real Reason Liddy Dole Quit" by Abe Hirschfeld The irascible and unpredictable former New York publisher reveals that Elizabeth Dole's decision to withdraw from the presidential race had nothing to do with her funding. "She's a guy," says Hirschfeld, cutting straight to the chase, "just like that singer in 'The Crying Game.' Though you'll never hear her complaining about erectile dysfunction, if you know what I mean."

"POW McCain -- Not!" by Stephen Glass The former New Republic writer spoke with the former Vietcong guards of the infamous Hanoi Hilton and learned that the senator, who has made much of his stint as a war prisoner, was never there. "Turns out he was at the Saigon Hilton all that time," reveals Glass, "sunning by the pool."

"Billy's World" by Janet Cooke The Pulitzer Prize-winning-and-losing former Washington Post author returns to share her latest discovery: Presidential candidate Bill Bradley is really black. "How many white guys have you seen play basketball like that?" she asks. His white appearance is in the eyes of the beholder, she insists. "Name another black man in the U.S. Senate." (Cooke has since admitted that her "Billy" is a composite of Bradley and the late Wilt Chamberlain, who between them slept with over 20,003 women.)

"Little Steven, Happy at Last" by Clifford Irving Though officially dead, the Howard Hughes biographer returns from the grave to discover that Steven Forbes is not a gazillionaire at all. In fact, he's a homeless man who lives on the C train in New York. "I started running for president as a goof," the unblinking candidate told Irving through a medium. "Things just got out of hand."

"Hillary Has Two Hubbies" by Jon Lovitz The former "SNL" comedian transcends his reputation as president of the liar's club when he shocks the world with his discovery that the first lady has another husband -- her potential U.S. Senate rival, Rudy Giuliani. "Why do you think you never see the mayor's wife?" asks Lovitz. "Did she just disappear?"

"Framed Up All Over Town" by Danny Santiago The fictional Mexican-American author returns to reinvestigate the case of former secretary of agriculture, Mike Espy. Espy was accused of accepting gratuities from Don Tyson of Tyson Foods, including free airplane trips and pony rides. Santiago was this close to revealing that independent counsel Donald Smaltz had spent the entire $17 million he requested for the investigation on schmaltz (rendered chicken fat) when the volatile Chicano writer decided to car bomb his employer. Being self-employed, he blew himself up.

"Profiles in Courage" by Senator Joseph Biden In a surprising turn the reflective student of history considers some of the men who made this century great, including himself. Unbeknownst to many, Biden was a PT boat commander in the Second World War and valiantly saved a man from drowning. Unfortunately that man was Ronald Reagan, who was only pretending to be in the war. Biden now regrets his decision, calling it "rash."

"That Cop Shot Me" by Mumia Abu-Jamal Falsely accused of the murder of a Philadelphia policeman and facing the death penalty, the imprisoned freedom fighter at last reveals the secret of what went down that night. "I was wearing a bulletproof vest, as was my custom when driving a cab," Mumia writes. "That cop started shooting at me from a prone position and the bullets ricocheted back and shot his own white ass."

"I Found JonBenet" by O.J. Simpson While valiantly searching for his ex-wife, slain by Colombian drug lords, the former gridiron great decided to look for JonBenet Ramsey's killers, too. What a surprise when he found her, driving around Miami, doing cocaine with former baseball legend Pedro Guerrero. "The whole thing stinks," says Simpson. (The editor of this book was subsequently dismissed after he asked to have his picture taken with Simpson.)

"Snow Falling off Bushes" by Mike Barnicle The peripatetic Boston columnist states conclusively that not only has George W. Bush done cocaine in the past -- he's doing it right now. "I scored for that guy so often he used to call me 'Snow Seal,'" Barnicle reveals. The hardy Irish-American, best known for his close personal relationship with the Kennedy family and his uncanny ability to write like other people, says his friendship with the Republican hopeful crosses party lines. "There's only one kind of lines we care about," he says. "We were talking possible vice-presidential candidates one day and I asked him if he'd consider McCain. 'Sure!' he said. 'Really? But Senator McCain hates you.' 'Aw,' he laughed, 'I thought you said cocaine.'"