When J.H. Hatfield fled New York's media frenzy last week, he made his way back home to the Ozarks, where a man's mistakes are his own damn business. 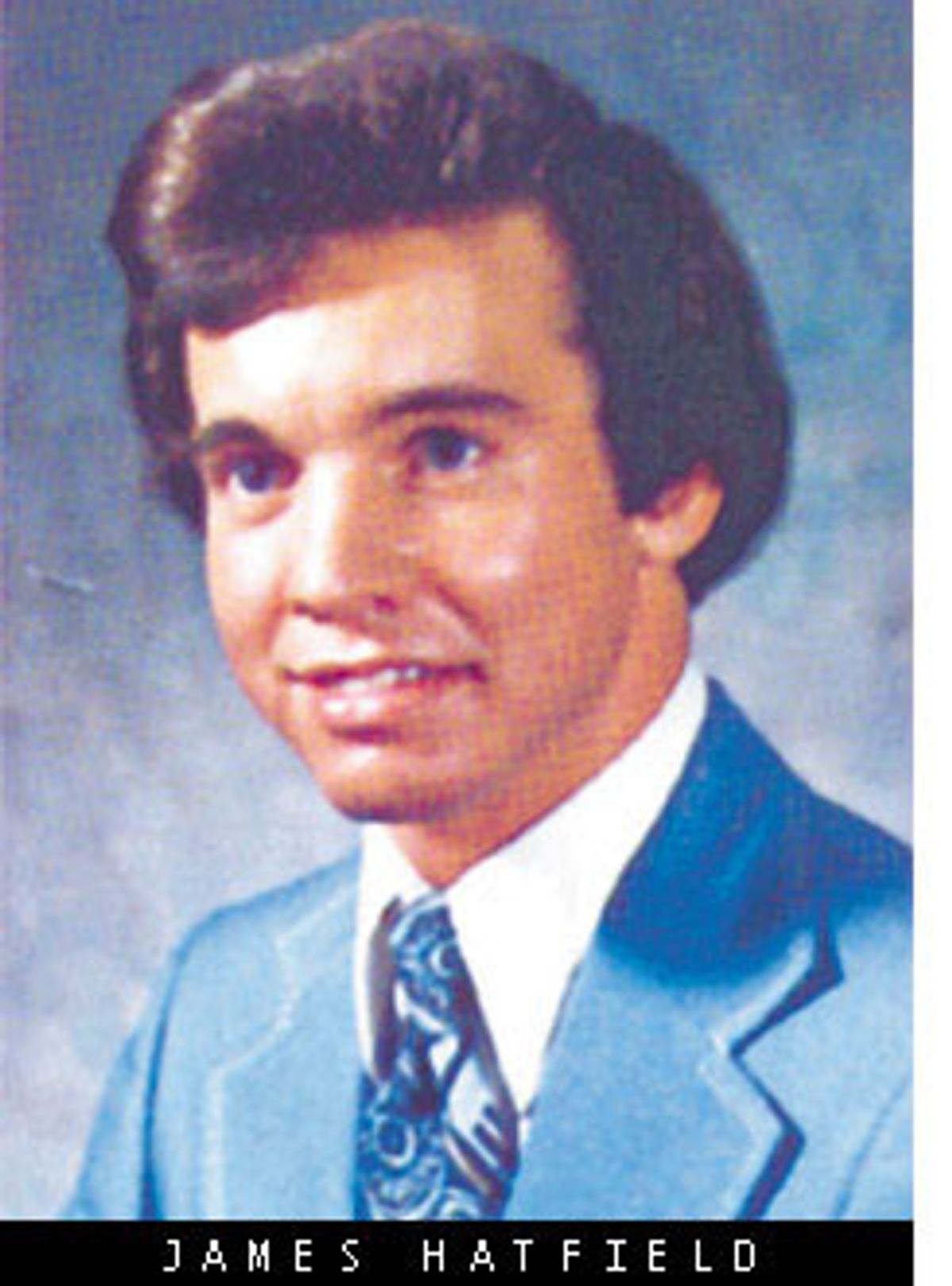 It makes sense that James Howard Hatfield, the 41-year-old ex-convict who wrote the discredited biography of George W. Bush, is from someplace like Bentonville.

Last week, Hatfield burst on the New York publishing scene with his explosive, if unsubstantiated, charges that the leading GOP presidential contender had once been arrested for cocaine use.

But then, just as suddenly, Hatfield disappeared again, when it turned out that he is the one with the record -- as a convicted embezzler who had once tried to car bomb a colleague who was a witness against him in a federal investigation.

Though Hatfield has denied that he is the man who was convicted of these crimes, a spokesman for St. Martin's has told Salon News that a private investigator hired by the publishing company has confirmed that the Social Security numbers and mug shots for Hatfield match up with those for the convicted felon.

As he escaped from the media glare in New York, Hatfield made his way back here to Bentonville. Like many towns up here in the Ozark Mountains, this is a strange, secretive place, where people know how to protect their own and stay out of each other's business. It's a good place to settle if you've got a past you don't feel like talking about. Nobody around here is likely to start asking questions you don't want to answer.

Although it's a typical rural hill town of 9,000, Bentonville's also headquarters for one of the country's largest corporations, Wal-Mart, which helped make a local family, the Waltons, one of the richest in the country.

This is where J. H. Hatfield grew up and later where he returned to write "Fortunate Son: George W. Bush and the Making of an American President" first published, then withdrawn, by St. Martin's Press.

On Friday, while St. Martin's announced that it was taking the highly unusual step of recalling the book from bookstores, Bentonville locals say they noticed shadows passing back and forth across the shuttered front windows in Hatfield's house in an upper middle class subdivision outside of town. Hatfield himself soon emerged to order a reporter off his property.

By Saturday, the house appeared empty of all inhabitants. Hatfield, his wife, their baby and the family dog reportedly had left town for parts unknown. An eerie stillness hovered over O Street; autumn leaves swirled across empty lawns. None of Hatfield's neighbors would open their front doors to a stranger's knock.

"I have met the man exactly one time," Yvonne Fulkerson, Hatfield's next door neighbor, said by phone on Monday. "We were out riding horses and we introduced ourselves. That's the only conversation I have ever had with the man."

Fulkerson said that Hatfield's wife worked until recently, when she had a baby. She did not know where Mrs. Hatfield worked and had never talked to her.

"We would wave at each other," said Fulkerson. "It's not that they keep to themselves or anything. It's just a lot of people in the neighborhood work and we don't really see a lot of our neighbors."

Though he has all but disappeared, Hatfield sent a 2,500 word e-mail Sunday to his hometown newspaper -- The Benton County Daily Record. "What does (the book) contain within its covers that the presidential front-runner, and now evidently my publisher, doesn't want you to read?" Hatfield asks, before listing a number of damaging allegations made in the book. "My credibility as a biographer and author of eight books was questioned, but worse, my character was fiercely battered and beaten. Was it all worth it? I must answer with a definitive 'no.'"

Hatfield complained that his book had been on the way to becoming a bestseller before the Bush campaign "killed the messenger."

Indeed, at a Fayetteville, Ark., Barnes and Noble, 25 miles south of Hatfield's Bentonville home, a sales clerk said that every copy of Hatfield's book sold out Friday before clerks could yank the books off the shelves. "Something about the author's past is sort of controversial," the clerk confided.

Hatfield's allusions of conspiracy were echoed by his old mentor, local horror writer Ruby Jean Jensen, who charged St. Martin's. "They took him right in," Jensen said. She said the allegations surrounding Hatfield "shock and appall" her. In fact, she doesn't believe them.

"I think he is being framed," Jensen said. "I was worried something like this would happen. The Bushes are playing dirty pool. I figured they would send a hit man rather than assassinate his character. You are dealing with political people with millions of dollars."

Jensen said Hatfield told her it was his publisher who wanted the cocaine allegations in the book. They added the information "after the book was in galleys," said Jensen.

Jensen said Hatfield called her a few years ago and told her he had ideas for some trivia books. She offered Hatfield the names of her editor and agent.

As a teenager, Hatfield spent many of his afternoons and weekends in the Bentonville Public Library where to this day he possesses a library card.

"I know him," said Lynn Eldred, director of the library. "He comes in here by himself to do research. He is very nice, waves, says hello and then leaves quietly when he's finished."

Eldred said it was hard to believe that the man who sat quietly and read in the library could be the same man with a criminal record.

"He always seemed so friendly and sweet," said Eldred. "I guess you never know."

The library stocks five of the eight books Hatfield wrote or co-authored starting in the mid-1990s. In all, Hatfield has written eight books, mostly trivia books on "Star Wars" and "The "X-Files", and unauthorized biographies on celebrities such as "Star Trek's" Patrick Stewart and Ewan McGregor.

The Bush biography was to be Hatfield's attempt at respectability.

In a June 24, 1999 interview with the local newspaper, Hatfield said of the Bush project: "This book was really a labor of love. I like history and find politics fascinating."

Hatfield also said, "George W. is so interesting because, unlike Clinton, he didn't set out for the presidency. He's a product of West Texas, and I spent time in Midland, Texas, where he grew up."

Bentonville High School yearbooks note that writing was always Hatfield's passion. In his junior year, he was winner of the high school's "Published Author Award." His 1976 senior yearbook picture shows a half-smiling Hatfield dressed in a 1970s style wide-color blue suit with a swirl-pattern blue tie and a white shirt. In high school, Hatfield was involved in several extracurricular activities including speech and drama and student council. He was also vice president of the key and library clubs, president of Future Teachers of America and of the school's chapter of an education club; treasurer of the state's Future Farmers of America; and was selected to participate in a statewide mock government project.

There are major holes in what is known of Hatfield's life. It's unclear where he was or what he did between 1976 until 1988, when he pleaded guilty to paying $5,000 for hiring a man to bomb the car of a manager at the financial firm where he had recently quit working.

"He was gone for what seemed like a long time," recalls librarian Eldred. "He moved back, I guess, and started coming back [to the library] in the last few years."

Jensen described Hatfield as a loving and caring man with wife and a newborn baby he would "fiercely protect at all costs." She also said that Jensen loved his dog and was an adamant animal-rights activist.

"You don't have animal rights people going around doing bad things to people," said Jensen. "I just don't believe anything I am hearing."

A marriage license obtained at the Benton County Courthouse shows that Hatfield married Nancy Eileen Bledsoe on Oct. 26, 1996. He was 38; she was 28. The minister who signed Hatfield's marriage license refused to comment about the author, only confirming that he was a minister and that he knew Hatfield.

Bentonville High School had tentatively scheduled Hatfield to speak in the spring on writing and the Bush book, which had originally been scheduled for a January 2000 publication.

"An offer has been extended and based on the situation that could go on or be canceled. But unless something comes up, that will be the plan, to have him speak," said Larry Roberts, a counselor at the high school.