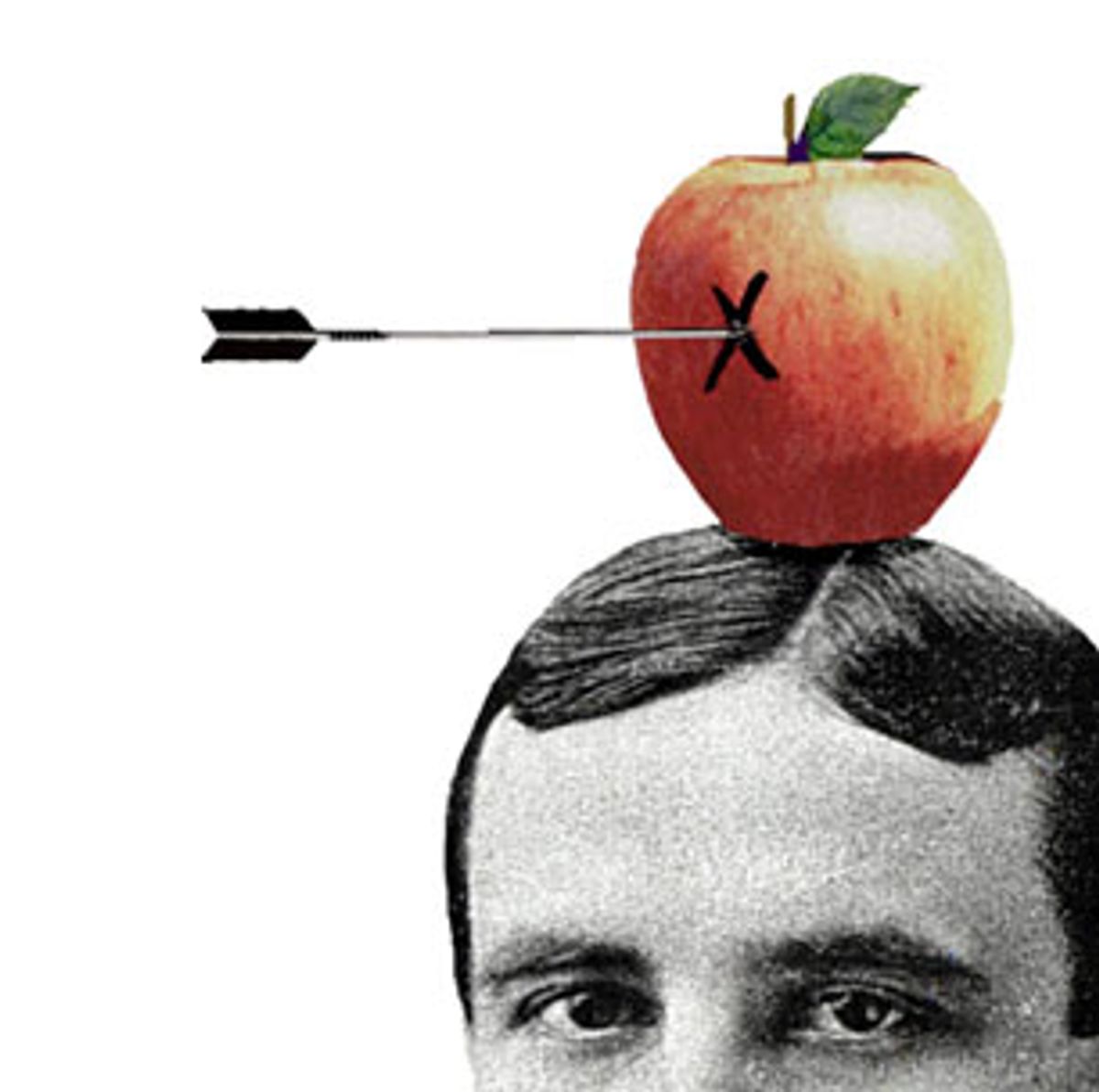 Oct. 25, 1999 | Six years ago I was holed up in Santa Barbara, Calif., recovering from a year-long Central American surf tour and slowly reentering life via journalism poverty. Hoping to vault into the upper echelons of the Fourth Estate, I pondered taking a masters degree in journalism. But my visions of J-school were dashed upon reading a New Republic article by a rising media star named Michael Lewis. (Yes, the same Michael Lewis who wrote "Liar's Poker," the bestselling exposi of 1980s Wall Street.) According to "J-School Ate My Brain," CSJ was worse than useless and the concept of J-school in general was highly suspect.

Imagine my surprise when Michael Lewis, now a famous journalist who draws million-dollar advance fees on his books, became visiting professor at the University of California at Berkeley's Graduate School of Journalism. Lewis signed on to spend August 1998 through January 2000 there, spending some of that time finishing "The New New Thing," his just-released book about Silicon Valley.

I asked Lewis what a noted J-school hater was doing teaching J-school. "I've been waiting for someone like you to call," Lewis wrote in an e-mail to me. "I passed that piece out to the last class, to their great bemusement. Give me a buzz at the office later this week."

The school's dean, Orville Schell, had not read the article, nor was he aware of it. He seemed unconcerned. "What can I say? I think most journalism schools would eat my brain. I didn't go to journalism school," admitted Schell. "He's an iconoclast and I think that's good to have at a journalism school. Journalists are not necessarily institution-friendly. We really wouldn't want it any other way."

Lewis' students found the article and the apparent hypocrisy more entertaining than troubling. "It was a funny article, which was sort of the point. It's sort of one of those things where if you don't laugh, you cry. Now that I have a job at Wired, it's a lot funnier," said student Brad King, who says he got his job in no small part thanks to Lewis.

Funny articles aside, the medicine Lewis is dishing out seems to be the best-tasting Kool-Aid at the J-school. After a steady diet of technical news writing, most students welcome with open arms the freedom of Lewis' class. "At the J-school, it's not very politic to think that you can have a career without paying your dues," said Jessica Deeter, a second-year student in Lewis' class. "The honorable thing to do seems to be to suck it up and do your two-year internship. Michael doesn't buy into that religion. Frankly, it's the first class where I feel I can write the way I want to write ... He teaches from his own experience. And obviously, he is doing a lot of things right."

In keeping with his attitude toward J-school, Lewis keeps his class grounded in the real world. He brings in a parade of venture capitalists and Silicon Valley notables to give their take on how the valley actually runs. This is the main purpose of the class, one that the students feel is both appropriate and well-executed. "I want to continue to live in the Bay Area. And there is a lot of material in Silicon Valley. So I feel like getting published in a national magazine ... writing about Silicon Valley is very important," said Laurie Wackler, who is currently taking Lewis' class.

During the semester, Lewis' students research and compose three articles about Silicon Valley topics, with the intention of publishing them. If the article merits it, Lewis will call the New York Times Magazine, Rolling Stone or Slate. Despite pep talks and phone calls, the class hasn't managed to crack major publications with their articles (with the exception of one piece accepted in the New Yorker's Talk of the Town section).

However, a few articles have caught the eye of some big-time editors thanks to Lewis. "Probably the biggest thing about J-School is contacts," says King, who got article ideas read and rejected by editors at the New York Times Magazine and Rolling Stone with some help from Lewis. "Michael Lewis is a wonderful contact. I don't look down upon that. This business is about who you know. And once you get to that person, you either have the talent or you don't."

So does anyone have anything bad to say about Michael Lewis? Apparently not. At worst, he seems a tough but fair editor with an ample but not obnoxious ego. "He does have an ego. Michael thinks highly of Michael and of Michael's work," says Deeter. "But that's part of the confidence thing. It's not unattractive. He opens himself up to criticism and he is completely likable. He's a really nice guy. Face it, he makes a shitload of money and he's living high on the hog. He's married to Tabitha Soren. Life's good for Michael Lewis."

Indeed. Michael is rich and Michael mocks J-schools. So why is someone who finds J-schools objectionable and doesn't need the money teaching at one? "I find it's very valuable when I am trying to sort out what I think about a subject to have someone listen to me. My wife gets tired of it so it's really nice to have this group of students. I can float thoughts and ideas and theories and see how they respond," said Lewis.

In other words, the students are paying the University of California to help Michael Lewis write his book? "Yes, I think that's not a bad description of one of the things that are going on here," he admits with a laugh.

And what are the students learning in class? "Not journalism," he admits. "I don't have any great sense that the students are getting anything out of it. I don't know what they are getting out of it. I do know that personally I like them and it's been a lot of fun having them around. But I certainly would not like to defend the proposition that I am worth what I am paid. It's not a lot."

In fact, Lewis quickly and gleefully cops to the hypocrisy of his position. "I do realize it is a giant act of hypocrisy. I don't think I can completely justify myself except that I did say in this article I was arguing against going to journalism school as a student. I don't think I ever said it was a bad idea to go as a teacher," he says, barely tongue-in-cheek.

What's more, Lewis admits that his own experience, while inspirational, is far from instructive. "I would say that my experience is going to be next-to-useless for most people," he says. "My formula is 'OK, start by writing a No. 1 bestselling book.' Once you have done that I can tell you how to manage your career."

Despite his year teaching, Lewis still would advise his students to skip the degree. "I would tell them that experiences in the world are much more valuable than being in a classroom. I would say go wait tables," says Lewis. "Do anything. And if you really feel the need to be in school, the best things to study are history, economics, law -- subjects where there is actually a body of knowledge you can draw from."

But don't go to J-school. Not according to J-school professor Michael Lewis.

Alex Salkever is a surfer and writer living in Honolulu.