The grimmest take on the singles scene since "Looking for Mr. Goodbar." 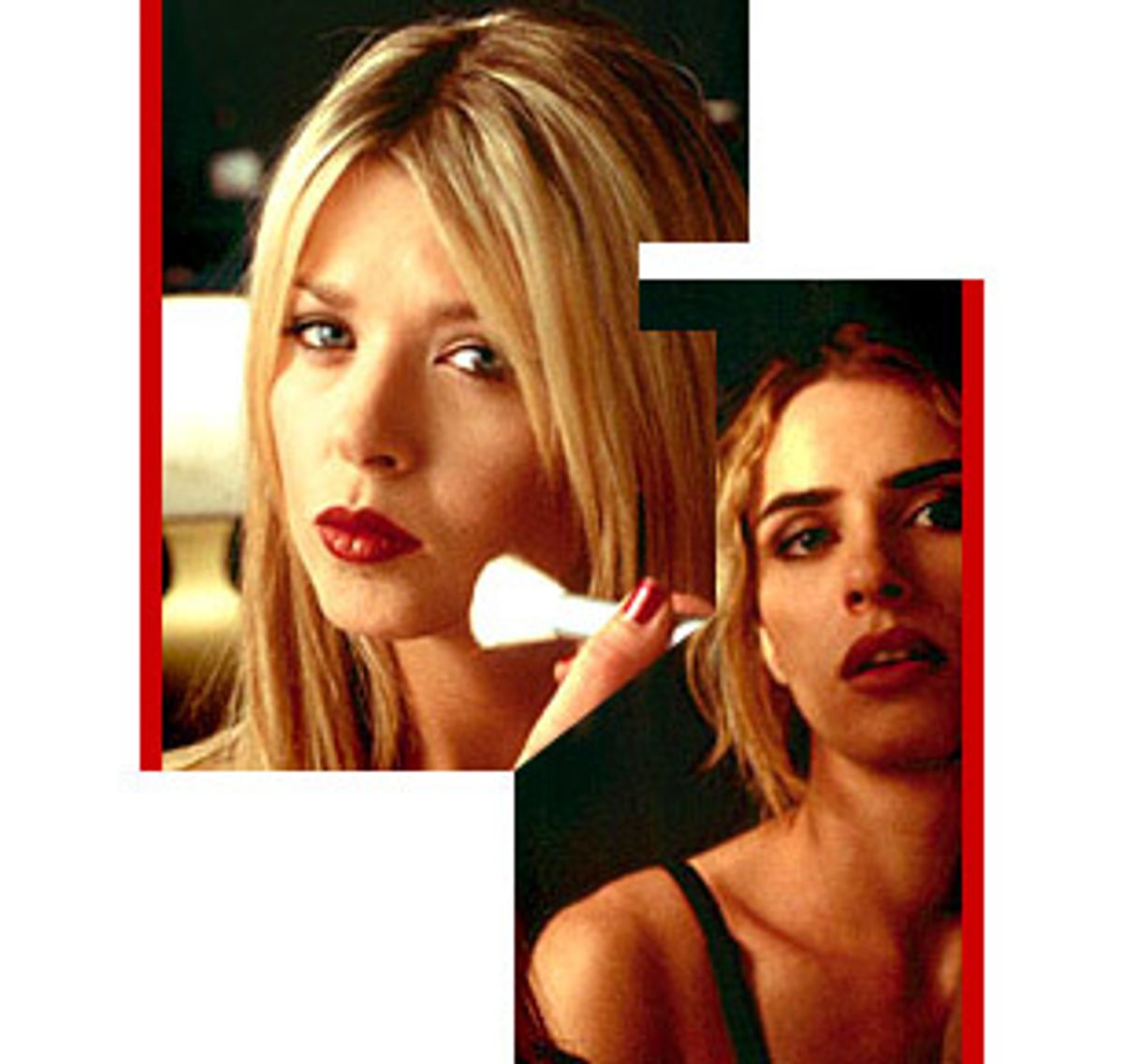 Each month, Mademoiselle features a series of columns on sex, work and friendship where readers write in with their thorniest problems and receive advice. "Body Shots" plays as if someone has been trawling those columns for years and strung together the biggest bummers they offered.

This, uh, ensemble piece about sex and dating among a group of young L.A. professionals wants to appeal to people in their 20s the way "American Pie" or "Cruel Intentions" appealed to teenagers. But the movie is singularly devoid of both the former's charm and canniness, and the latter's dirty-minded sense of fun. You'd have to go back to "Looking for Mr. Goodbar" to find such a grim, sour view of single life.

Ultimately, "Body Shots" reveals itself as a pipsqueak "Rashomon," dealing with the he said-she said versions of an accusation of date rape. But even before it gets there, the movie paints such a predatory view of the singles scene that I half expected every flirtation, every raised hemline to be interrupted by the "Lost in Space" robot yelling "Danger! Danger!"

While McKenna's screenplay frets and pokes at the angst and ennui of the sex lives of his mid-20s ciphers, Cristofer and cinematographer Rodrigo Garcia (wouldn't those two names be perfect on the seat of a pair of designer jeans?) are turning "Body Shots" into a supposed reflection of the characters' shallow, glossy lifestyle.

It's something of a relief when the movie actually gets to a scene with two people talking where the camera is tilted at an odd angle or flashing lights aren't going off in the background. Cristofer and Garcia pile on blurred headlights, slow motion, flashbacks, jagged editing.

The entire movie appears to take place in bars and clubs you'd never actually want to go to. Ah, but this, you see, is the casual inferno our rootless young characters are meant to be slipping into -- the contemporary neon-limned graveyard of the soul. Which might be troubling if anyone here actually looked like they had a soul. Like the glitzy nightspots their characters hang in, the cast has been reduced to its accouterments -- teeth and breasts and oh-so-carefully tousled hair.

It's a shock when one of the actors gets to act like a human being, as Emily Procter does in one scene where she's trying to coax a friend to the gym as a way of getting over another disappointing night out. And since Tara Reid always seems like a human being, the fact that her character is singled out to be the most abused seems a special indignity. Reid was last seen in "American Pie" as the girl who didn't want to lose her virginity until everything was "perfect."

Outside of "Romance," movies this year have offered no more honest image of sex than Tara Reid's face in that movie as she finally consents to lose her virginity when things seem perfect and finds the whole experience just awful. She seems just as in touch with her emotions here, and she's got a palpably neurotic edge, but it's a stinker of a role, her emotionalism at the service of tripe.

Anonymous as most of the cast is, they also have about as much control over the design and effect of the film as the characters joining in the dance of death at the close of "The Seventh Seal." This is a movie where everything is burdened with impending doom. Each drink is one step along the road to alcohol abuse; every feeling of lust one inch closer to sexual violence. Each expressed desire to let loose or get crazy marks the character as either a victim (if they're female) or a victimizer (if they're male). It's all thuddingly obvious. And since the last section of the movie -- where Reid's aspiring actress accuses Jerry O'Connell's football player of raping her -- is meant to be about the ambiguities of sex, the filmmakers don't even seem to be paying attention to the movie they're making.

O'Connell makes his entrance in the locker-room shower announcing on his cell phone, "If pussy's on the menu, I'm there!" He can't greet a buddy without body-locking the guy and hoisting him off his feet; can't escort a date from a club without slinging her over his shoulder. This is a guy whom we're asked to believe might not be a date rapist? It's not a question of being aggressive or macho, but one of the characters being presented as a caveman (and of O'Connell being allowed to practically eat the camera).

"Body Shots" is one of those rare movies that is so astonishingly vapid it actually manages, in some places, to get taken seriously, as some of the early reviews indicate. I was happier to see my 20s go than I was my teens. It can be a rotten time. But I can't imagine even the most dissatisfied people in their 20s not spotting this movie's phoniness, it's conventional, uptight morality passed off as frankness.

"Sometimes, ya just gotta come," says one character. And sometimes ya just gotta go. If I hadn't had the professional responsibility of seeing this swill through to the end, I woulda went.