When you donate your corpse to a university science department, where will you end up? 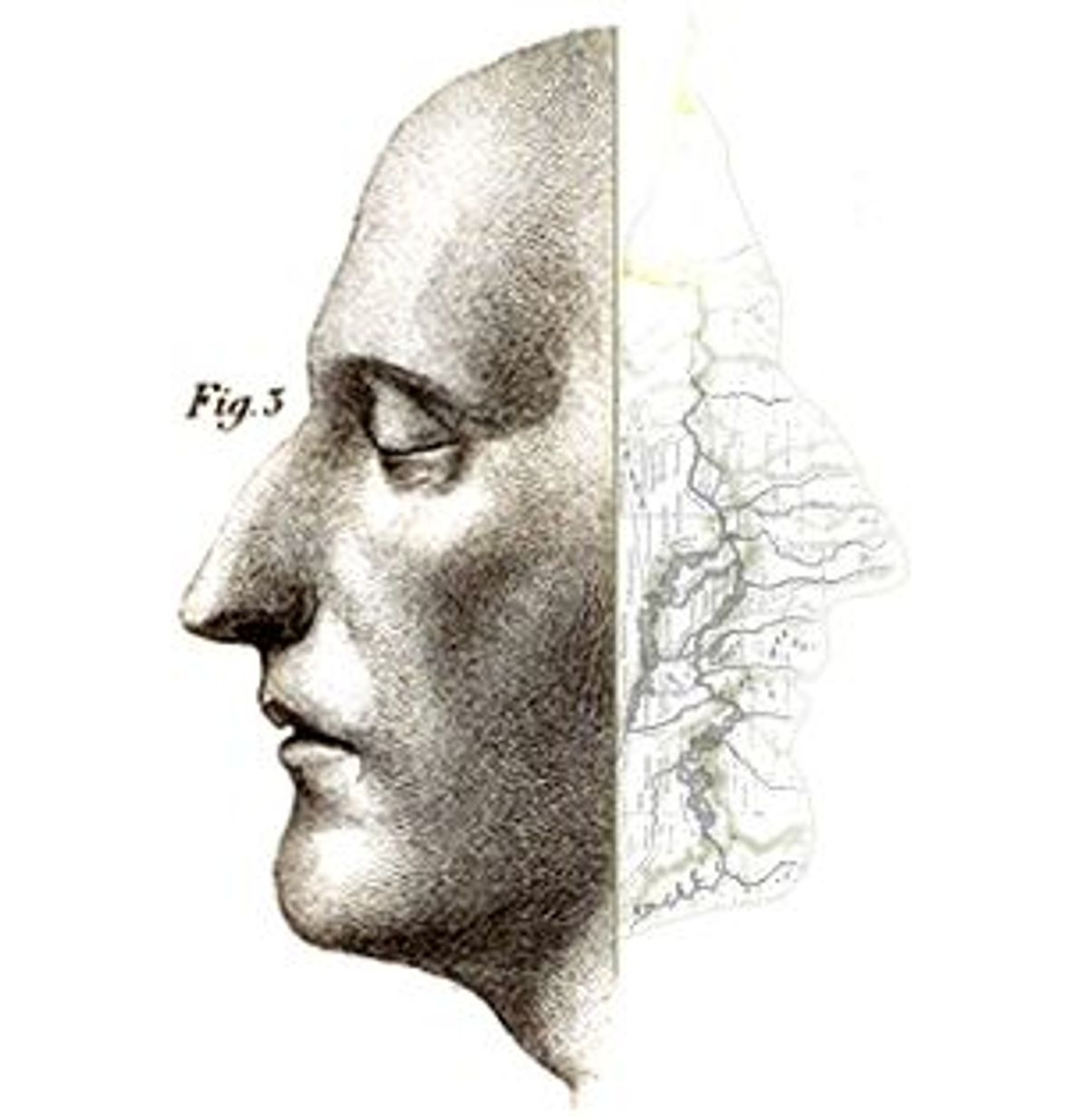 When you die, where will your body go? Into a musty grave? Or into a medical school's laboratory for the training of doctors? If you do the noble thing and donate your body to science, you can rest easy in the next world knowing that your earthly remains are cradled in the hands of capable professionals who will treat it with due compassion and respect.

Recent screw-ups and scandals -- the most recent involving a school official accused of selling body parts for pocket money -- have raised a red flag on the issue of whole body donations at universities across the country.

In 1996, a lawsuit against UCLA charged that as many as 18,000 bodies donated between 1950 and 1993 were cremated alongside dead lab animals and dumped in trash bins. In June of this year, a Dallas man who had donated his wife's body to the University of Texas Southwestern got a bewildering delivery in the mail -- a package -- sans explanation or warning -- containing his wife's ashes.

And in the most recent snafu, on Sept. 14 the University of California at Irvine fired Christopher Brown, director of the school's willed-body program, after he allegedly sold six human spines to a Phoenix research outfit for the tidy sum of $5,000. The check was made out to Health Medical Services, a group that university officials had never heard of. The Orange County district attorney has launched a criminal investigation, though Brown denies any wrongdoing.

UC-Irvine's Willed Body Program offers a solemn pledge to prospective donors: "As you consider the option of donating your body to science, know that the need is great and your gift will be valued and honored."

Naturally, some donor families are feeling double-crossed. Vince Craig, whose father's body went to UC-Irvine, told the Orange County Register, "We all thought we were doing such a good thing, but we feel like we were really walked all over."

In the wake of these embarrassments in California and Texas, the offending universities have sworn to shape up. UC-Irvine has pledged to revamp its program, tighten up record-keeping and add additional staff. Officials at UT's medical school have started notifying families by phone when their relatives' ashes are to be delivered by mail. And James G. Terwilliger, vice provost for administration at the UCLA School of Medicine, says the school has taken aggressive steps to correct its problems. "Today we are running a strong and well-run program," he told the Associated Press.

Still, all the body bungling is enough to make you think twice about entrusting your remains to a university. If you donate your body to science, will you end up as a black-market commodity for some crooked med-school bureaucrat, or waste away in a dumpster with the lab rats? When you consider the most recent news flashes on donation, the musty grave may look a little more inviting.

Students of anatomy since the time of ancient Egypt have been carving up cadavers to see what makes the human machine tick. Despite advances in computer modeling, almost all first-year med students are assigned a cadaver to dissect. Those cadavers have to come from somewhere, so willed-body programs abound at universities all over the country. Medical schools in 38 states have such programs, according to the UC-Irvine donor directory; in New York state alone, 13 schools accept bodies.

That's a lot of dead bodies. The competition for cadavers is getting, well, stiff. To get an edge on the corporeal competition, administrators are coming up with some snazzy marketing strategies to vie for your remains. Hey, prospective donor, are you still disappointed that you got rejected by the college of your dreams? Don't worry -- dying gives you a second chance. According to the pitch on the UC-Irvine Web site, "Some individuals leave their bodies to a school they always dreamed of attending."

Getting into a university as a corpse is easier than getting in alive. All you have to do is fill out a consent form stating your wish to donate. When you die, your family notifies school officials and your body is transported to the university, where you are embalmed and refrigerated until they need you.

After students finish their anatomical studies on you, your remains are cremated and disposed of at an appropriate site. Or, for a fee of a few hundred bucks, your family can have your ashes delivered to them. Body-donation programs follow the guidelines spelled out in the Uniform Anatomical Gifts Act, the legislation that governs disposition of bodies and body parts for dissection, research and transplantation in all 50 states and the District of Columbia.

But what really happens to your body? You've heard stories of medical students goofing around with cadavers -- dressing them up for Halloween and drag-racing corpses on gurneys down the corridors. Are these merely urban legends? Or do the recent bouts of mischief in California and Texas point to larger problem of cadaver mismanagement?

"There is no widespread problem," says Dr. Richard Drake, director of the body-donation program at the University of Cincinnati. Cincinnati's program is one of the largest in the country, accepting up to 300 bodies a year, compared to the 70 that UC-Irvine accepts annually. "It comes down to one question: How good are the people working in the program?"

Phillips says, "Most schools go out of their way not to offend the families of donors. Most of us feel a certain obligation."

Indeed, most universities do take a kinder, gentler approach to the bodies. Some programs hold annual memorial services for cadavers used throughout the year. In a particularly scenic ritual, officials at the University of Hawaii gather the friends and families of donors along with the medical students who studied the bodies. They pay tribute to the departed, and then the students paddle canoes a mile out from Honolulu Harbor and scatter the ashes into the deep-blue Pacific.

So why are some universities running ship-shape body-donation programs while others are drifting into turmoil and criminal misconduct? Part of the answer is that there is no centralized umbrella organization monitoring willed-body programs around the country. The structure of accountability fluctuates wildly from university to university. Many programs, like the one at Montana State, report to state-level agencies. "We have a chain of command," Phillips says. "We act in concert with the state anatomical board."

But states such as Ohio don't have anatomical boards, so program administrators have to install a system of internal checks and balances. Drake reports to the chairman of the anatomy department at Cincinnati. Susan Eastman, an assistant in the University of Arizona's willed-body program, says, "Ours is under control of a department head, and we have a review committee comprised of faculty that meets to review procedures."

But when school officials are less vigilant, and when program directors are basically running one-person operations, willed-body programs might benefit from the watchful eye of a parent organization like the United Network for Organ Sharing, the national group that oversees organ transplantation procedures in this country.

UNOS maintains the national transplant waiting list, matches donors to recipients and monitors the matches to ensure adherence to policy. Spokesperson Bob Spieldenner says that having a centralized outfit to manage the donation process helps to minimize public mistrust of the system -- and to keep transplant administrators on their toes. "There's one source, and that's UNOS," Spieldenner says. "We have checks within our system. We conduct regular audits of hospitals and transplant centers. We go and look at the patient records. We're making sure that nothing untoward happens [to donated organs], so we can reassure people."

When UNOS agents sniff out possible misconduct at a transplant center or hospital, they contact the health department in that state to crack down on the offending institution. But who, from a national perspective, is keeping an eye on the cadavers at willed-body programs? Nobody, really.

The National Anatomical Service, headquartered in New York, tracks the needs of medical schools and offers counsel to prospective donors. But according to NAS representative Kevin Moran, the organization plays no part in dictating program regulations or enforcing them. "We steer people to medical schools in their area -- that's it," Moran says. "The schools follow their own guidelines."

Or don't follow guidelines, as the case may be. Still, Drake doubts that an umbrella organization would make much difference in the ups and downs of willed-body programs. "I'm not sure that added bureaucracy would help. It falls to the institution to be accountable."

Meanwhile, back at UC-Irvine, school officials are trying to clean up the mess created by Brown's alleged misconduct and dismissal. Many of his records are incomplete or missing, making it difficult for school officials to determine whether or not the 225 bodies donated to the university during Brown's tenure have been used and disposed of properly. Med school dean Thomas Cesario promises to "work closely with any families who have any concerns."

The biggest concern for other willed-body programs is that would-be donors will be frightened off by scandals like the one at UC-Irvine. "This makes all the programs look bad," Eastman says. But she believes that the essential flaw, even in the UC-Irvine case, is more human than institutional. "Individual people will always try to twist things around for profit. Most programs are on the up and up."

Drake believes that the scandal at Irvine, in a roundabout fashion, will actually serve to improve programs across the country. "This kind of high-visibility problem calls attention to body-donation programs everywhere. People will be making sure that their house is in order. This is a wake-up call."