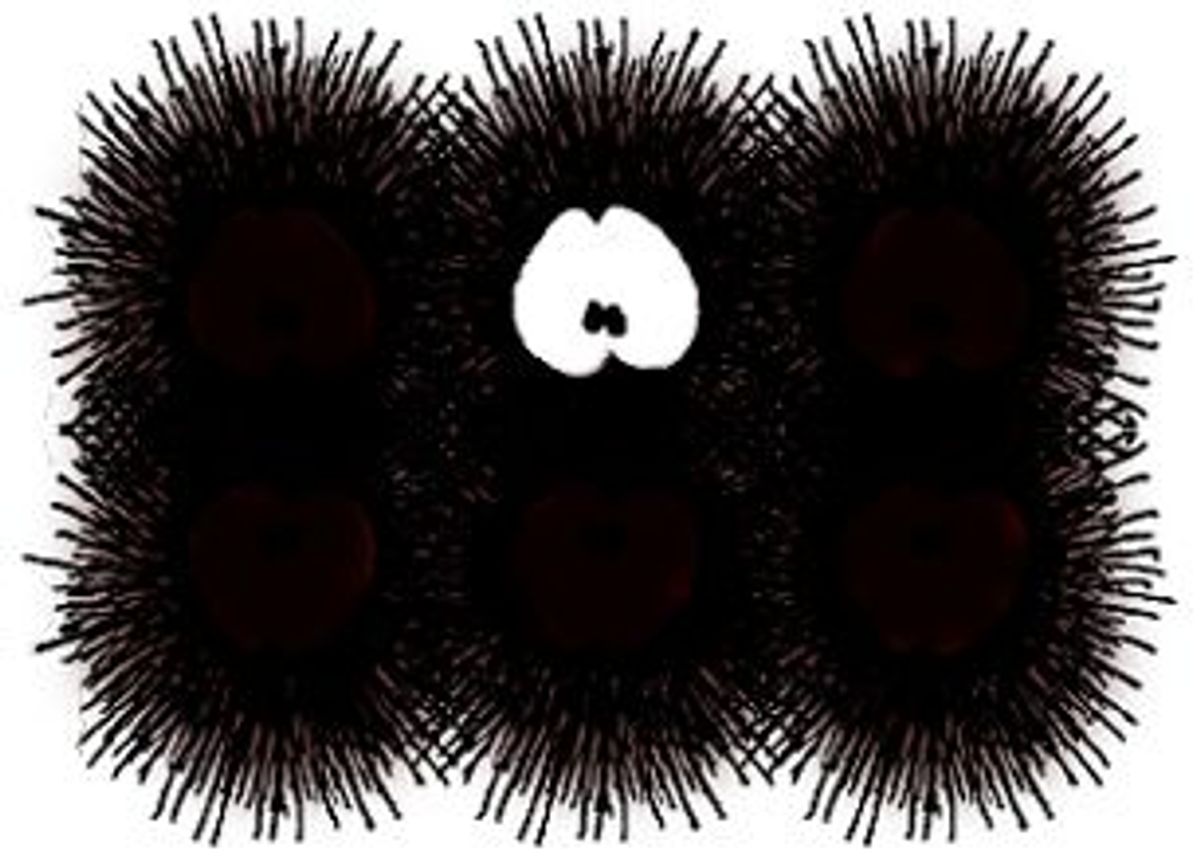 The new cartoon book "User Friendly -- the Comic Strip" begins with a Dust Puppy creating an artificial intelligence program named Erwin that hacks into the White House Web site. It closes with a parable about Linux and "Star Wars" that features Eric Raymond as Obi-Wan Kenobi. In between, disgruntled system administrators storm Bill Gates' office hoping to save the world from Windows NT; a Coke can sprouts legs and intimidates the tech support staff; and a geek who plays too much Minesweeper is hauled off to Techie Detox.

Welcome to the world of "User Friendly" a smart and quirky cartoon born of the open-source movement and championed by geeks across the Net. What began two years ago as a doodle that was passed around the office of a Canadian Internet service provider is now a fledgling comic empire, with a popular daily Web site, a new book, a global readership and an upcoming army of cuddly plush toys and desktop tie-ins.

"User Friendly" takes you into the depths of a small ISP called Columbia Internet -- a place where tech support staff live on vile coffee and Quake frag-fests, where system administrators battle to prevent Microsoft software from being installed on their servers, and where stupid customer service calls are the bane of everyone's existence. "User Friendly" is equal parts open-source humor and everyday geek frustration -- a comic strip in which a real computer is a Pentium server running Linux, and hell is a pink iMac.

Populating this world are Pitr, the Russian sys-admin with a fake accent; Greg, the frustrated tech support guru who spends his time mastering Quake; Stef, the brainless marketing guy who longs to be CEO; Miranda, the sexpot supergeek who hates drooling males; and a host of other nerds. Plus there are a few odd non-human characters: Erwin, the trouble-making artificial intelligence and the Dust Puppy -- a strange fuzzball with feet that was born from the lint at the back of a forgotten server. Even Tux the penguin makes an occasional appearance.

"User Friendly" is penned by "Illiad" -- in real life, a 33-year-old Canadian named J.D. Frazer. Frazer is, surprisingly, not a coder or a system administrator; instead, he's a good-natured non-techie who has held down jobs across the board, from working for a travel magazine to a stint as a corrections officer ("When I was younger and foolisher," he winces). Frazer boasts a lifelong passion for cartoons (the Dust Puppy was, in fact, conceived when he was 12 years old), and even attempted (and failed to sell) a syndicated cartoon before scoring with "User Friendly."

Frazer adopted the name Illiad as his Net pseudonym several years ago, inspired by his classical studies and his favorite Homeric poem. "I added another L so I could differentiate between that Iliad and me," he says, "and I was also hoping it would be an unusual name that no one else would pick up. I was desperately wrong -- I've run across a lot of other Illiads out there."

"User Friendly" was born during his time as the creative director of a Canadian ISP (In the strip, A.J. is his alter ego); his doodles and cartoons of inner-office dramas won fans among his co-workers and his boss, who encouraged him to post the cartoons online. Geek Web communities like Slashdot, Blues News and Segfault quickly found his Web site and promoted the strip; as the open-source movement exploded over the last two years, so did his fans.

Frazer happily admits that he owes his popularity to the Web and his open-source fans; and, in turn, he gets most of his inspiration and ideas from them. In many ways, the open-source community that has supported "User Friendly" has also claimed the strip as one of its own creations -- much like free software code, the adventures of Greg and Pitr and Mike and A.J. are a kind of open-source creation.

"I draw everything from the common experiences in the open-source community," says Frazer, who often incorporates suggestions he's receives via e-mail and who regularly sits down with fans at conferences for brainstorming sessions. "I do recognize that there's a sense of ownership. They feel the comic strip is their own because they contribute to it. It's like open-source software --- whether or not they've actually contributed source code, they feel like it's theirs."

In fact, Frazer -- who never expected to turn "User Friendly" into a full-time job -- has in the past attempted to take a break from the strip, but discovered that the community that had embraced him wasn't about to let him just up and quit. "The open-source community insisted on it. I knew better to argue with that demographic -- they are outspoken and make it clear when they want something," he laughs. "I learned very quickly to knuckle under their commands -- it was good for my health."

Frazer is no master illustrator -- his work is unpolished and rough, and he readily confesses that his first cartoons "were just chicken scratches -- I was scrawling with a ball point pen and scanning it in." But his raw drawing style somehow fits his subject: or, as he puts it, "like Linux, it's developing, and the rough edges are being smoothed off."

Frazer cites cartoonists like Berke Breathed (of "Bloom County" fame), Garry Trudeau ("Doonesbury") and Bill Waterson ("Calvin and Hobbes") as his biggest influences. But "User Friendly's" closest ancestor is probably the proto-nerd comic strip "Dilbert." The readerships of the strips undoubtedly overlap, though Frazer rejects any comparisons between the two. "Apples and oranges really, the focus is so different," he shrugs. "The only similarity between the two strips is a common pain shared by the readers -- 'Dilbert' is read by office workers, while people who read 'User Friendly' are geeks dealing with the pain of large companies and stupid people who we have to deal with in the IT field." Besides, he adds, "Cartoon strips don't compete. They aren't like operating systems."

Certainly, "User Friendly's" cast of hairy, misfit tech-support staffers make dorky Dilbert look like a benign conformist. And while "Dilbert's" cute puppy and wonky tie have inspired forests of desk calendars and plush toys in cubicles across the nation, "User Friendly" -- which, with its FreeBSD vs. Linux jokes and laments about blue screens, might be a tad too geeky for your average computer moron -- is more likely to be printed off the Web and tacked onto the server-room wall by an unidentified sys-admin.

But not for long, says Frazer -- who has dreams of "User Friendly" matching "Dilbert's" popularity as geek culture goes mainstream. He already has a Dust Puppy Doll in the works (they'll be available just in time for Christmas and office gift-giving, he says), as well as a desk calendar and other merchandise. About 75 college newspapers already reprint his cartoons, and the strip was recently picked up by both the Linux Journal and The Telegraph in London.

"Pretty soon it will be chic to be geek," says Frazer, envisioning corps of techies taking over the comic pages of newspapers around the world. Perhaps the Dust Puppy will surprise the world by becoming as ubiquitous as, say, "Calvin and Hobbes" or "Garfield." Perhaps Pitr will inspire schoolchildren to brush up on their Russian and consider careers in open-source software development. Perhaps even grandma will get a giggle from jokes about dumped cores and network loads. Wouldn't that be grand?