"All Tomorrow's Parties" by William Gibson

In his newest novel, the cyberspace visionary stays one step ahead of the future. 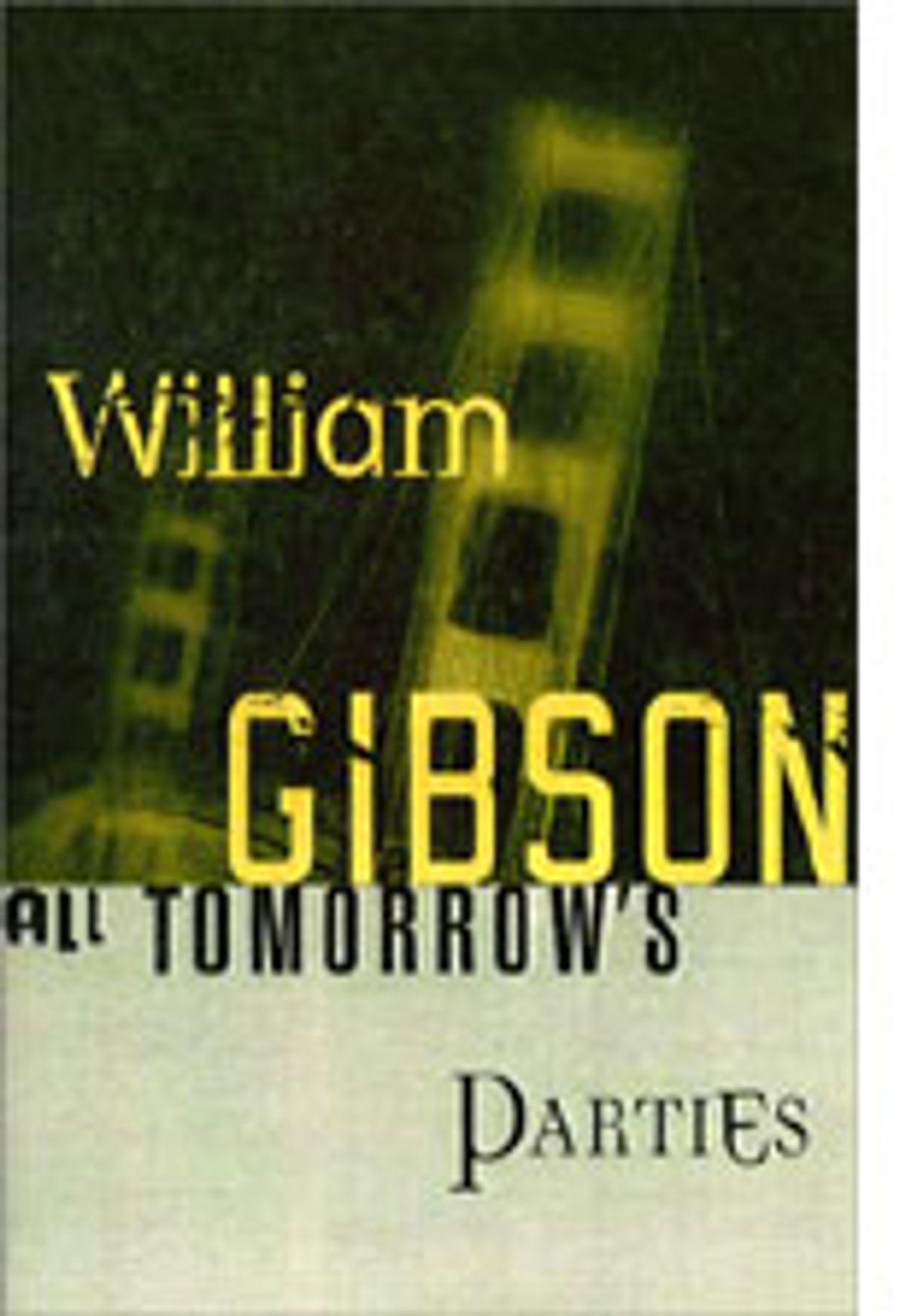 William Gibson is so secure in his status as a prophet of the digital age that it's easy to forget he's been publishing novels for just 15 years -- about as long as the Apple Macintosh has been around. But the computer revolution is all the history Gibson needs for his books; he combines it with old-fashioned notions of character and suspense and skews his novels hyperkinetically forward in time. A futurist who plays games with the present, Gibson imbues his stories with elements of technology both recognizable and unfathomable.

In his first novel, "Neuromancer," he explored the "consensual hallucination" of cyberspace (he coined the word himself, in a 1981 short story), navigated by hackers and elegant forms of artificial intelligence who appear as ghosts in the machine. "Idoru" (1996) is set in 21st century Tokyo, where Rez, the lead singer in a rock band, becomes engaged to a pop singer named Rei Toei, a synthetic "idoru" simulated holographically by software agents. Rez's personal security detail hires Net runner Colin Laney, who can detect obscure patterns in electronic data and thereby predict aspects of the future, to ease their worries about the strange nuptials.

In his new novel, "All Tomorrow's Parties," Gibson taps the vein of our cultural angst where it runs nearest to the surface: millennialism. He returns here to Colin Laney and Rei Toei, as well as to characters from 1993's "Virtual Light," which, like "All Tomorrow's Parties," is set in NoCal and SoCal (the two states that formerly constituted California) in the not too distant future. In his now familiar collision-course style, Gibson hurtles his cast toward San Francisco and the "cusp of some unprecedented potential for change" -- the kind of widespread social disruption everyone had expected way back at the turn of the millennium.

Something in the air here points toward the lawless and decentralized distant future Gibson envisioned in "Neuromancer," in which "the multinationals that shaped the course of human history had transcended old barriers. Viewed as organisms, they had attained a kind of immortality." This novel is about the end of the world as we know it. Laney is still in Tokyo, strung out on data and living in a cardboard box in a subway station. He can sense that something big is about to happen. But all he is sure of is that it involves the famously famous Cody Harwood -- a "twenty-first century synthesis of Bill Gates and Woody Allen" -- and that he has to stop him from attaining his nefarious (if obscure) goal.

Writing at flame intensity, Gibson conjures a world that seems just a breath away from the here and now. "All Tomorrow's Parties" fits into his unfolding story of the next century, a time of darkness and decaying cities. A sense of claustrophobia permeates the book, with characters living in boxes, coffin-like rooms and vans. The motif of transition -- of being between things, or "interstitial," as one character puts it -- runs through the tale, which builds to a climax literally between two cities, amid the ruins of the San Francisco-Oakland Bay Bridge, which has been closed to traffic after a massive earthquake (the "Little Big One") and transformed into a rundown bazaar.

Gibson has trouble making his endings as vivid and precise as all the details leading up to them, and "All Tomorrow's Parties" suffers in this respect. The ultimate conflict has to do with introducing nanotechnology -- a manufacturing process on the molecular level -- to the mass market. In the real world, nanotech is actually being researched and developed, by the Pentagon among others. Outrunning the future can be tough in the digital age. You have to hand it to Gibson for managing, once more, to stay at least one step ahead.