The deadline poet and author of "The Tummy Trilogy" picks five books that made him laugh. 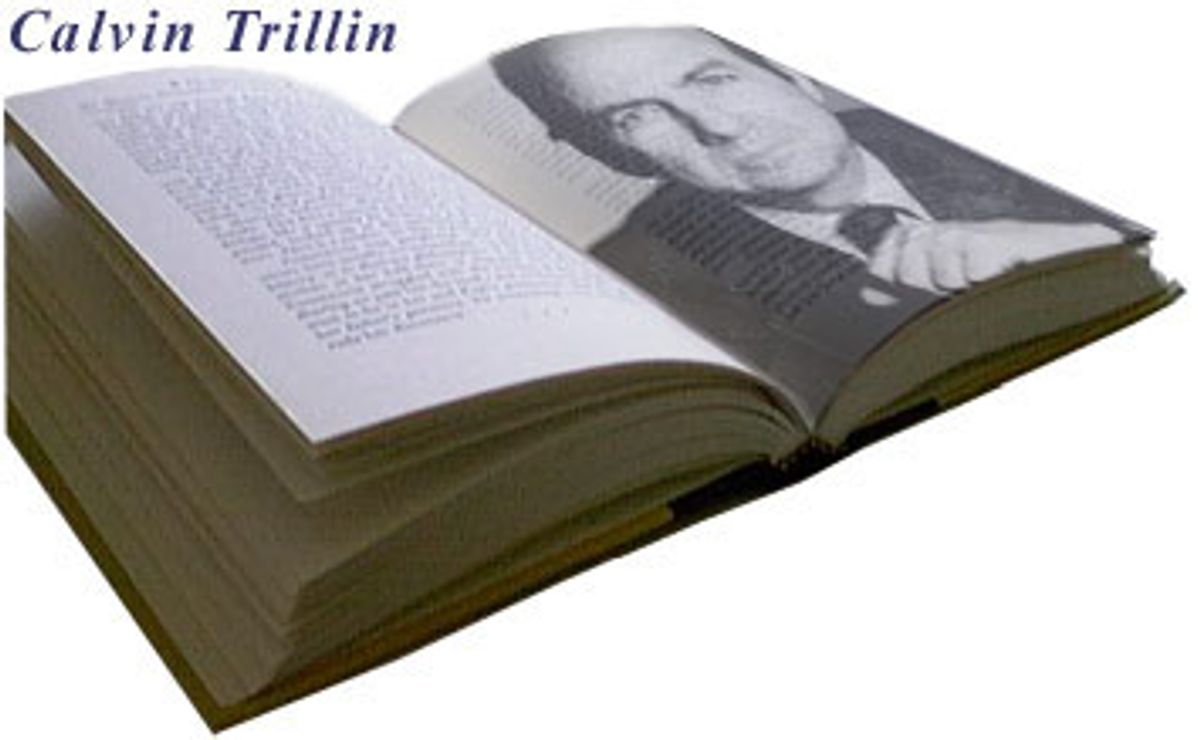 This isn't as compact as some of De Vries' earlier books, but I find it hilarious -- particularly the first section. All of De Vries' books are full of throwaway lines that other writers would try to build a novel around.

This is my favorite Richler book, although his latest, "Barney's Version," comes close. The chapter about the hero going to dinner at the home of his English lawyer is something I still can't read without laughing out loud.

I read this when it was first published, and, like just about everybody else, I was struck by the freshness of Heller's humor. The title and the characters and the comic viewpoint are now all part of the culture.

The Dog of the South by Charles Portis

Fans of Charles Portis are divided between this book and "Norwood." A few of them even risk the disdain of the cognoscenti by publicly favoring "True Grit," the one Portis book that had a large popular following.

I think of this as the prototype of any number of comic novels about academics (mostly hapless) at English universities (mostly red-brick). I happen to have enjoyed many of the ones that came later, written by people like David Lodge and Tom Sharpe.

Calvin Trillin is a regular contributor to Time, the Nation and Brill's Content and is the author, most recently, of "Family Man" (Farrar, Straus & Giroux).