After a divorce, she was ready to make her living doing something fun. But getting into the business wasn't as easy as she thought. 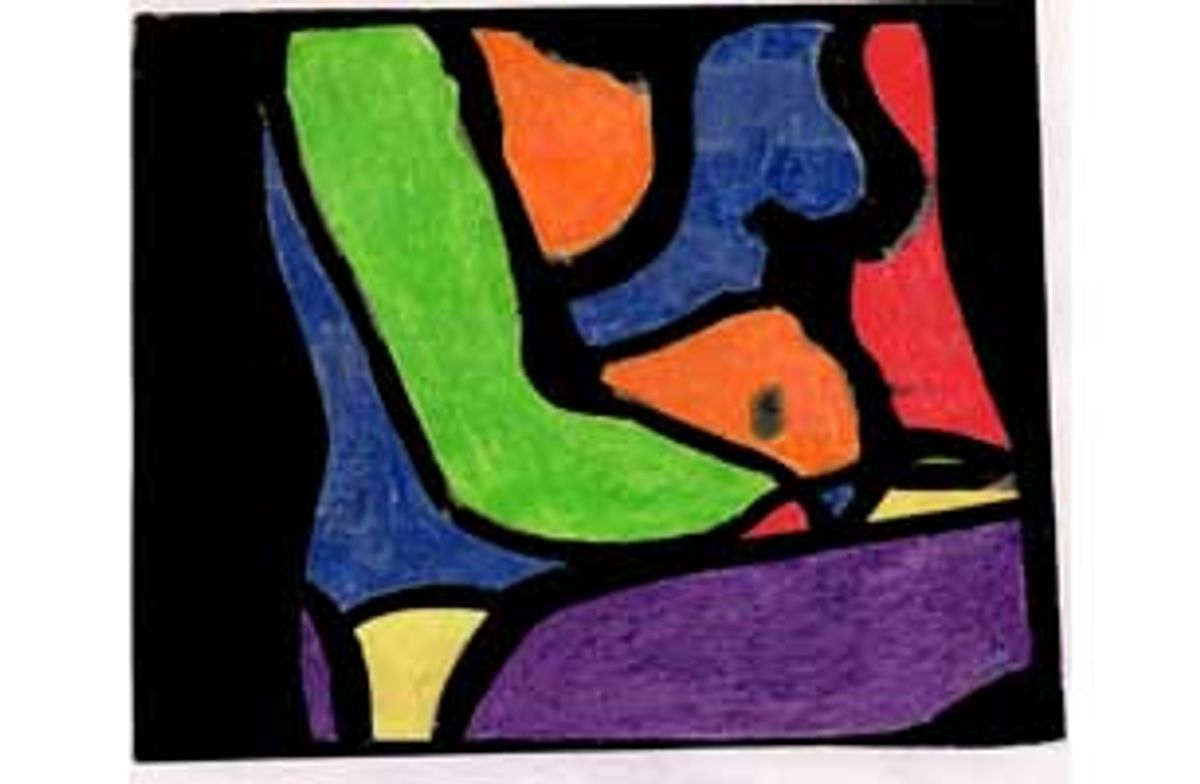 Divorce lowers resistance to many toxic behaviors, among them vengeance, greed, substance abuse and joyless promiscuity. Sometimes divorcies attempt to prove their attractiveness while they simultaneously try to get revenge against the gender of their ex. When Pam left her husband, she did all that -- and then took it a step further. "I was starting to get used to having one-night stands," she remembers. "And I thought, 'As non-emotional as this is, I should get paid.'"

Pam had married Ted, an aide to a Republican senator, when she was 25 and pregnant with their son. A daughter followed, and Pam, who worked part time, says, "Being a mother was the first thing I felt good at." Yet as the marriage ground into its eighth year, she and Ted fought more, and they stopped having sex "because I was always angry at him." Pam began spending all her free time with Linda and Dick, another couple with kids in the neighborhood. Soon Pam fell in love with Dick and they started an affair. A few months later, Pam left Ted and moved into a nearby apartment with an extra bedroom for the kids. She waited for Dick to leave Linda and join her; instead, he confessed the affair to Linda and then told Pam they should stop seeing one another.

Linda didn't keep her friend's betrayal a secret, and soon Pam was a pariah throughout their suburban neighborhood. On the weeks when Ted had the kids, Pam drank hard every night and began picking up men in nightclubs. There were no second dates. "I felt so bad about hurting everyone," Pam says. "I drank myself into a tizzy every night, and I spiraled lower and lower."

In the months after she moved into her small apartment, Dick remained her confidant. Even after they'd stopped having sex, he would still sneak phone calls to her. Talk of sex replaced sex: She told him about the pickups and her experimental fling with a lesbian in the neighborhood. With no adventures of his own to tell, Dick told Pam about his pimp friend, Itchy, and Pam asked for his phone number. Dick said, "I'm going to give it to you, but I really wish you wouldn't act on this." Pam says fondly, "It was fatherly-like. He said, 'Be careful, be safe.'"

Small and slightly built, Pam seems younger than 37. She pulls off teenager styles -- huge platform shoes, tiny backpacks and butterfly barrettes in her dyed-black hair. It's as if she's picking up where she left off as a single gal, trying to capture the freewheeling years she missed when she started having children. She speaks in flurries of nervous giggling and unfinished sentences. She apologizes compulsively for her appearance and her abilities but speaks of her affair and subsequent prostitution with a defiant thrust to her jaw.

"I just wanted to get money, be validated as a sexual person and have a little power over men. I wanted them to be vulnerable," she explains. "They'd come to me because they couldn't control themselves, and I'd be someone really, really wanted." She's never seen "Pretty Woman," yet says she's always seen the profession in somewhat glamorous terms -- as she puts it, "the Hollywood thing, not the chlamydia-laden Grand Canyon of a vagina that's been inserted by every human being on the planet."

Though Pam envisioned herself as powerful, she didn't see prostitution through the sex-positive lens of activists like Annie Sprinkle and the "sacred whores" who consider their work healing, or even spiritual. She wanted her johns to be vulnerable but she expressed no interest in nurturing them. She was turned off whenever "it seemed too much like work."

Strangest of all, Pam seemed unaware that prostitutes are as reviled as anyone in society. Prostitutes have always been easy scapegoats for men's loathing of their own desire, and many women hate them for upsetting the supply and demand of sex that has traditionally underlain marriage. A Marxist feminist I know theorizes that we want to keep prostitution hidden because it shines a light on all of capitalism's cruelties. Even as women's financial independence, a greater acceptance of all sex outside marriage and increasingly unabashed capitalism soften the old attitudes surrounding the profession, "whore" remains a high-caliber epithet.

Pam, in her blithely un-analytical way, seemed to embrace the dark side of this mantle. Prostitution, for her, was not only an act of triumph but one of submission to society's punishment. Besides asking men for money, she asked a few of them if they wanted to hit her. "I was already the town harlot," she says, referring to her extramarital affair, "and I wanted to live up to that."

Like a good job searcher, Pam called Itchy and asked for an informational interview. "I wanted to know how much to charge, how it worked," she explains with her perfunctory smile. "If I went out as a free agent, would I get caught, would a pimp beat me up?"

Itchy invited her on a date to a strip club where some of "his" girls worked.

They went back to Itchy's house. He gave her pointers like "guys like blow jobs" and "prostitutes don't kiss," not exactly the Holy Grail she'd been looking for. He suggested charging $50 for a blow job and "up to $100" for intercourse -- a bargain-basement fee for even an inexperienced hooker. Itchy then asked, "Do you want to suck my cock?" Assuming it was paid training, Pam obliged. "It felt like work," she remembers. "I thought, 'I'm doing this to get money and solidify our relationship,' even though I'd already decided he didn't have what I wanted."

They slept without touching in his bed and woke up sweaty in the morning sun. As he drove her home in his Cadillac, Pam was thinking, "Where's the money? Is he going to give me the money?" But he never did, and Pam never worked up her nerve to ask. She had him drop her a few blocks from her apartment and she cursed her lack of assertiveness as she trudged home in her little black dress, empty purse in hand.

Many outsourced workers face such obstacles, and over the next few months, Pam tried to freelance with dates, pickups, friends and even colleagues at her office job. All the men were surprised when the bubbly little secretary/mom/stranger asked them for money. But after that, their reactions illustrated the range of male responses to a whore. Though Pam turned tricks with little self-reflection, she became a mirror for the men she propositioned.