I can't wish she were dead; she may be dying. 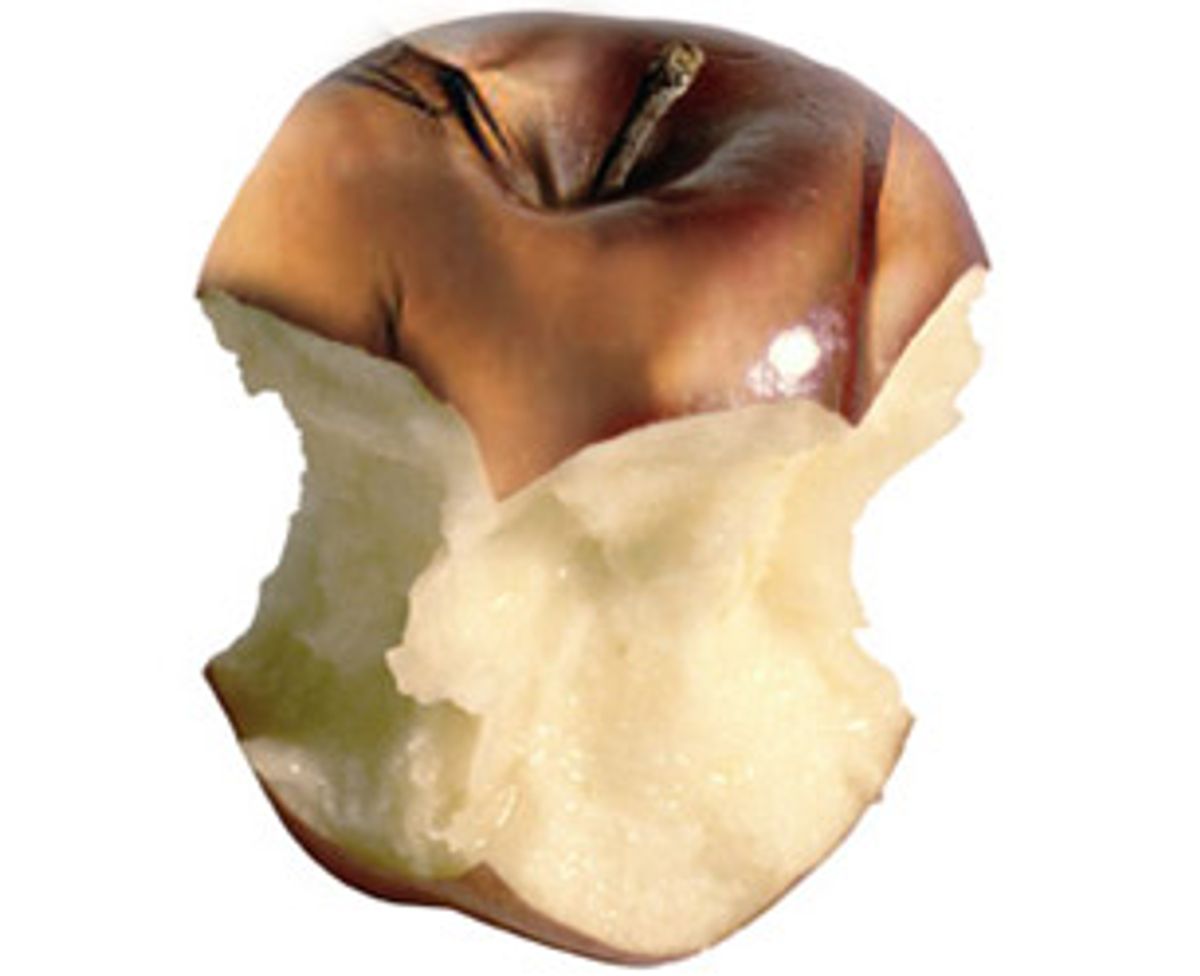 I'm sitting on the beach thinking about Gina, my boyfriend's other girlfriend.

These days when I imagine Gina, she's walking down the street wearing a turban and a loose-fitting dress. Nobody suspects that the pretty woman is bald and lacking part of a breast. Somewhere in her body, a few stray cancer cells may be floating around, impossible to detect. Nobody knows if these cells escaped from the tumor before the surgeon began to slice and dissect.

Here on the beach, the grains of sand, like the cells in a human body, seem infinite. I think how hard it would be to search out and destroy just a few "bad" grains in this vast expanse.

When I first started dating Ted, he told me about Gina, but not much. That was fine. Obviously he wasn't interested in seeing her exclusively, so I figured anything could happen between us. Maybe even true love.

That was three years ago. Since then I've learned that Gina has been married twice and is childless. She owns a chic women's jewelry shop, had a nose job when she was younger and made the striped curtains hanging in Ted's kitchen.

Chances are, Gina has gleaned some information about me, too. She probably knows I have never been married but have one son, and that I gave Ted the Klimt print that hangs in his bedroom. I wonder if she knows that I write for a living and dye my graying hair. I wonder if she wonders about me as much as I do about her. I wonder if she, too, has resigned herself to the fact that Ted has no desire to be monogamous

As I shiver in the chill wind, my 11-year-old son does cartwheels in the tide. He wears a bathing suit; I'm in a jacket and wide-brimmed hat to protect myself from the sun. Wrinkles are even more frightening when you don't know who has more of them, you or the other woman.

The apples and juice we brought with us now seem unappealingly wholesome. What I crave is a glass of brandy in front of a roaring fire with a lover who wants only me. But then I always yearn for what I don't have -- milky skin, a garbage disposal, Katharine Hepburn's neck, rapier wit, a committed man.

Our dog cavorts alongside my son, who is running now, down the beach with a kite rising slowly behind him. It floats high above us, red and white and gold against the late afternoon sky. When my son comes back, he sits down beside me and begins to concentrate on attaching the kite handle to two sticks that he has placed upright in the sand.

"Look at my invention!" he says. I envy how he stays with the moment. The kite, like one of my unrealized dreams, has risen far beyond us, its string stretched taut. Then I remember the dreams that have come true, like motherhood, like having a lover who makes my heart race at the mere thought of our next night together.

Gina and I just happened to fall for the same guy -- a man who was unhappily married for 20 years, finally got a divorce and now wants to answer only to himself.

Ted once told me he thought Gina and I would like each other, that we share many of the same values. We do seem to have at least one thing in common: an ability to make do with what we've got. We're two pragmatic women in our 40s, no longer holding out for the "one and only." Instead, we're settling -- possibly for less than either of us deserves, possibly for more than either of us would otherwise have.

Who knows? In another life, maybe she and I would become friends. She could teach me to wear jewelry with flair; I could invite her to share in the joys of motherhood.

But in this life, I often wish Gina would drop off the face of the Earth -- like I did last week, when I saw a bottle of champagne in Ted's refrigerator and knew, since Ted doesn't drink, that it must be hers. (I reminded myself, of course, that if Gina ever reached behind the frozen waffles in his freezer, she'd find my vodka and feel the same pang of jealousy. The reminder didn't help.) But how can I be jealous of a woman who recently had a lump removed from her breast and is now suffering through chemotherapy and radiation?

It would be unthinkable to begrudge her time with her man, even though he's my man too -- but, of course, I do. I try to put myself in her position, try to imagine her terror, try to see myself as her sister, not her foe -- yet still I begrudge her that time. I want her to be gone. I have even stooped to wonder what might happen should Gina fail to beat the cancer. Would my relationship with Ted get better? Would I have more of what I want? I know the answer, but the answer doesn't matter.

Last night, as Ted and I were on our way out the door to a movie, the phone rang. It was Gina, feeling panicky and depressed. Ted said he couldn't talk right then but promised to call her back later in the evening.

When we returned, that's what he did. I waited in the kitchen. They spoke for just five minutes, but I think he helped to calm her down. Meanwhile, I poured myself a double shot of vodka straight up, and thought, would I want to be with a man who didn't call her back?

This wild, windy stretch of beach is surrounded by cliffs. Behind me, tall reeds of grass grow in a circle, forming a clearing. When I was a little girl I would have turned that empty space into a secret hideout, or a pretend house. I would have chosen to believe that these grassy walls were shielding me from the wind, keeping me safe.

My son has let go of the kite string, and it falls onto my skirt. He has run to the ocean's edge and is daring the waves to come closer. The undertow is powerful, so I keep careful watch. His presence anchors me to the moment, won't let me drift too far from what's real. And like it or not, Gina is real. The baking pan I saw on Ted's counter last week was probably hers; I suspect she made a cake for his birthday. The casserole dish beside the pan was mine; I made strudel.

I close my eyes and try to visualize the woman I've never met, but with whom I share so much. I stop wondering whether she would outshine me on the dance floor, upstage me at a party, outdo me in the kitchen or the bedroom. Instead I envision Gina standing in the middle of a tall ring of grass, protected from the wind.

I admit that I have often wished she would simply disappear. In moments of jealousy turned to spite, I have even wished her ill. But I have never wished for Gina to endure cancer, its pain and fear; and I know I do not want her to go through it alone.

Jane Underwood is a freelance writer and creative writing teacher in San Francisco, where she runs the Writing Salon.