Judge Jackson's findings are music to prosecutors' ears -- but Microsoft says it's guilty of nothing more than embodying "the most basic American values." 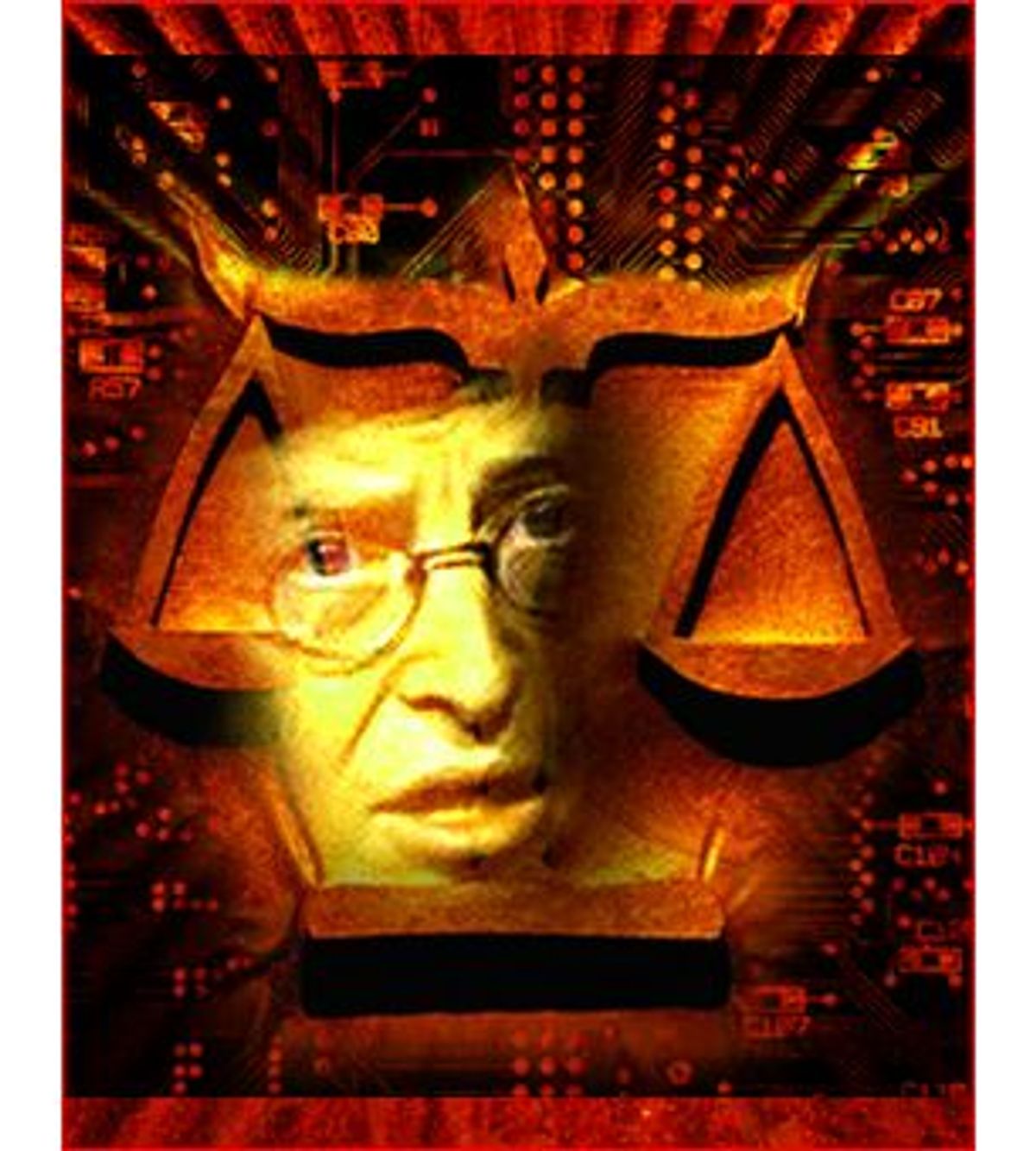 U.S. District Court Judge Thomas Penfield Jackson on Friday released his findings of fact in the Department of Justice's antitrust suit against Microsoft -- over 200 pages detailing the particulars he says were proven over the course of the 79-day trial. Amid endless paragraphs explaining operating-system specifications, software-development processes and the interoperability of hardware, the central conclusion of the judge's opinion shone through: Microsoft is a monopoly.

After concluding that Microsoft benefits from its monopoly status, the findings of fact -- a technical humdinger that examines everything from Apple's business tactics to the process of cloning APIs -- goes on to say that Microsoft has indeed leveraged its position to the detriment of both consumers and competitors. The judge affirmed that Microsoft attempted to squash its competitors (namely Sun Microsystems and Netscape), thus denying software innovations to computer users.

As Judge Jackson puts it, "Microsoft engaged in a concerted series of actions designed to protect the application's barrier to entry, and hence its monopoly power, from a variety of middleware threats, including Netscape's Web browser and Sun's implementation of Java. Many of these actions have harmed consumers in ways that are immediate and easily discernible. They have also caused less direct, but nevertheless serious and far-reaching, consumer harm by distorting competition."

Needless to say, the 19 state attorneys general who joined the Justice Department to sue Microsoft in May 1998 were enthusiastic about the judge's findings. At a news conference, New York Attorney General Eliot Spitzer put it bluntly: "The opinion is a clean sweep for the opinion we presented at trial ... The consumers have been harmed substantially, not just in price and availability of product, but because other products have been squeezed out of this market."

Or, as Connecticut Attorney General Richard Blumenthal gushed, Microsoft's "abuses give this set of findings an energy and power that ordinarily isn't found in a legal document. It reads like a novel; indeed it has the compelling drama of a powerful predator abusing its market -- an 800-pound gorilla crushing competition."

The suit alleged a variety of antitrust violations. It charged that Microsoft used its operating-system monopoly to stifle competition in the Web browser market. Since the start of the trial, Netscape -- once the dominant browser maker -- has become an inconsequential division of America Online, and Microsoft's Internet Explorer has come to dominate the browser market.

Still, Bill Gates rose to defend his company. "Microsoft's products are popular because we've focused on our customers and innovated to meet their needs," Gates said in his own news conference. "In this industry, no company has a guaranteed position. Microsoft has succeeded because we have been guided by the most basic American values: innovation, integrity, serving customers, partnership, quality and giving to the community. We compete vigorously, but fairly."

Other Microsoft officials, dismissive of the judge's negative impression of their company's tactics, spoke optimistically about possible outcomes of the trial. "We think that the law is very much on our side on all the major issues of this case," said William H. Neukom, Microsoft senior vice president and general counsel. "We expect that at the end of the judicial process Microsoft's position will be fully vindicated."

And there is still a chance for Microsoft to be vindicated. The findings of fact do not signify the end of the case. It must still be proven that what Microsoft did was illegal. First, both lawyers for Microsoft and the government must present their conclusions, then the judge will issue his final decision, the "findings of law." Responses are scheduled for early January.

But Microsoft may try to negotiate a settlement with the government before a final ruling. The attorneys general would not speculate on this possibility; nor would Microsoft say whether it is engaged in settlement talks, although the software maker did affirm that "we are and always have been open-minded about resolving differences."

Of course, observers who don't think the Justice Department and Redmond will quickly resolve their differences have long been wondering what kind of "relief" the court would prescribe if Microsoft is found guilty of engaging in illegal monopolistic behavior. If Microsoft is an 800-pound gorilla that needs to be caged, what will the court do to remedy the problem?

"The only interesting issue in this case is what the relief is going to be, because nothing else matters -- what's in the findings of fact is all in the past," explains Luke Froeb, a professor of economics at the Owen graduate school of Vanderbilt University and a former economist at the Department of Justice antitrust division from 1986-88 and 1990-93. "What are you going to do about it? How do we fix this problem? I don't see them taking a draconian measure like breaking up Microsoft, but you never know."