Is Linux the real remedy?

The open-source camp welcomes the findings of fact. But some think that Linux doesn't need the courts to beat Redmond. 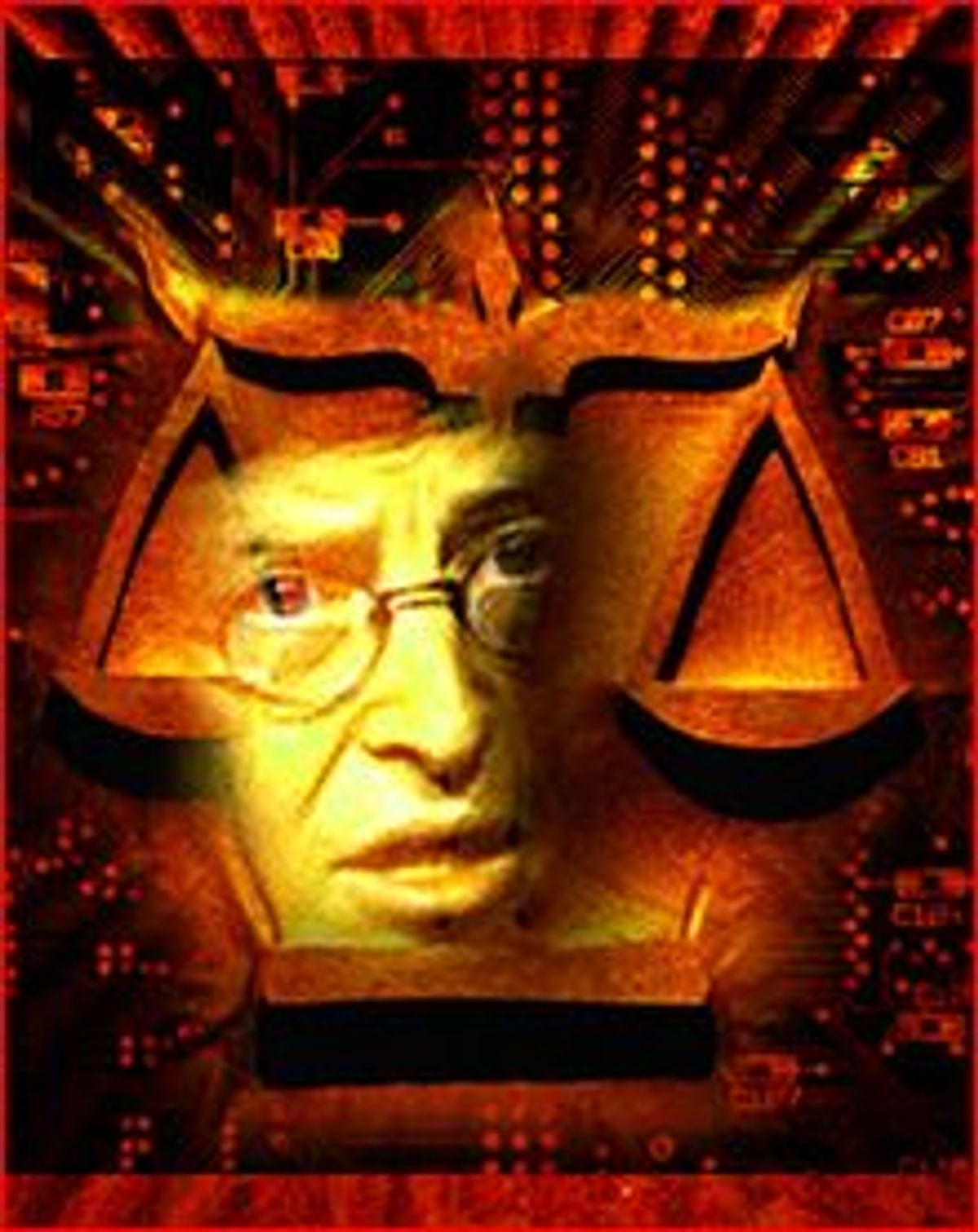 To advocates of open-source software, Judge Thomas Penfield Jackson's finding that Microsoft unfairly wields monopoly power is less than revelatory. As open-source evangelist Eric Raymond noted while reading through the findings of fact: "If Microsoft didn't deserve this so richly I would say it was brutal -- I've seen nothing here with which I would disagree."

Except for one thing, "I think he underestimates the competitive threat of Linux," says Raymond.

Indeed -- the rise of open-source software has been one of the most intriguing sidebars to the ongoing Microsoft antitrust trial. Back in 1995, when Microsoft and Netscape began practicing their body slam moves on each other, the coinage of the term "open source" was still three years away and Linus Torvalds was hardly a celebrity. Yet, earlier this year, Microsoft repeatedly cited the growth of Linux as proof that Microsoft did not enjoy monopoly control of the operating-system market.

Judge Jackson didn't buy that argument. There are no current products that pose a threat to Microsoft Windows, decided Jackson. And why is that so? "Microsoft has demonstrated that it will use its prodigious market power and immense profits to harm any firm that insists on pursuing initiatives that could intensify competition against one of Microsoft's core products," according to the finding.

Some hackers, most notably Raymond, believe that antitrust enforcement is fundamentally wrong-headed -- that the government has no right to punish private corporations for monopoly "crimes." That's the job of the market. To open-source pragmatists like Raymond, the open-source software development process results in technically better products than the proprietary mode. Attempts to concoct a government remedy are "old paradigm" statist foolishness.

And, as Raymond notes, even if Microsoft ultimately loses the trial, it will appeal, and if it keeps losing, the case will undoubtedly go to the Supreme Court. By that time, Raymond argues, perhaps just a tad optimistically, Microsoft will already have been killed off by a host of factors, not least of which will be the growth of Linux -- with or without government help.

Other open-source luminaries strike a slightly less libertarian tone, but are still skeptical of government action. Tim O'Reilly, CEO of computer book publisher O'Reilly & Associates, says "the frontier of innovation has moved beyond the sphere that Microsoft controls ... I think there is more competition for Microsoft now than there has ever been."

Of course, that doesn't mean Microsoft is bound to fail. "I don't think that it is a foregone conclusion that without government intervention Microsoft would not manage to subvert some of the future standards in ways that would put them back in the driver's seat," says O'Reilly. "It wouldn't be the first time that better software has been beaten by better marketing."

So -- should the government force Microsoft to release its source code? O'Reilly shrugs: "I think that's a terrible remedy -- no one would want it."

Raymond also scorned the idea that Microsoft's code would be desirable -- although he did predict that open-source hackers "would descend on that source like a horde of locusts, find all the closed protocols that they are using to ensure 'lock-in' and we would then write that into Linux and never look back."

But Raymond doesn't want that advantage.

"I want to see them taken down but I want the market to do it, not the government," says Raymond. "I have no argument with this finding of fact -- Microsoft does have monopoly power, it does engage in sleazy business practices and there are many thing that people should loathe about it. But I fear a government with the power to punish these crimes more than I do the so-called crimes themselves."

Raymond's viewpoint is representative of that of a healthy proportion of open-source programmers. But does it take into account some of the factors that have nurtured the growth of open-source software? A case can be made that open-source software, monopoly power and the government have actually been interrelated for quite some time, in an intriguingly unexpected fashion.

In 1956, another federal judge, Thomas F. Meaney, enjoined AT&T under a consent decree that forbade the telephone monopoly "from commencing ... manufacture for sale or lease any equipment [other than that used in providing telephone or telegraph services]." Judge Meaney also required AT&T to reveal what patents it held and to supply information about them to potential competitors. As a direct result, says Unix historian Peter Salus, years later, when enterprising Bell Labs researchers invented the Unix operating system, AT&T's lawyers forbade the company from attempting to market the operating system commercially. Instead, AT&T licensed Unix to universities and research laboratories at a nominal cost.

(However, in what may end up as one of the great ironic moments in software history, Salus notes that the eventual use of Unix as the operating system most suitable for networking computers together over phone lines means that Unix actually could have been considered equipment that fell under the rubric of AT&T's main telephony business.)

According to Salus, the terms of the consent decree "resulted in a much more rapid dissemination of technology than would otherwise have been possible." Computer researchers, most prominently at the University of California at Berkeley, improved Unix constantly, adding features and fixing bugs -- and putting in place the template for how all free software/open-source software projects have proceeded since.

Raymond disputes this view of computing history, arguing that AT&T had never intended to commercialize Unix in the first place, that it had always thought of Unix as something to be shared with other researchers. And O'Reilly notes that in 1982, the government-mandated breakup of AT&T -- which permitted the phone company to compete in non-telephony markets -- had another paradoxical effect on open-source development. Once AT&T was allowed to enter computing markets, it attempted to clamp down on the academics who were still busy working on descendants of Unix -- most notably the various BSD variants. The adverse legal atmosphere drove developers away from BSD, suggests O'Reilly, and may be one of the main reasons why Linux achieved such sudden widespread developer support.

It would be incorrect to claim that government action gave birth to open-source software, or to Linux -- certainly the concept of sharing source code was widely practiced even before Unix came along. But it can be argued that the 1956 consent decree gave Unix and open source-style development a huge boost, and that the 1982 AT&T breakup also had an impact on the software marketplace.

Should the government step in again? It now seems undeniable that it will attempt to do so. But Judge Jackson should step carefully. History indicates that there is precedent for taking action that will have clear impact on the world of open-source development -- but usually in unintended and unpredictable forms. The war cry of trust-busters used to be "Break up the monopoly." In today's software marketplace, the new call to arms may be "Open up the code."