Who says John McCain doesn't have the temperament to be president? 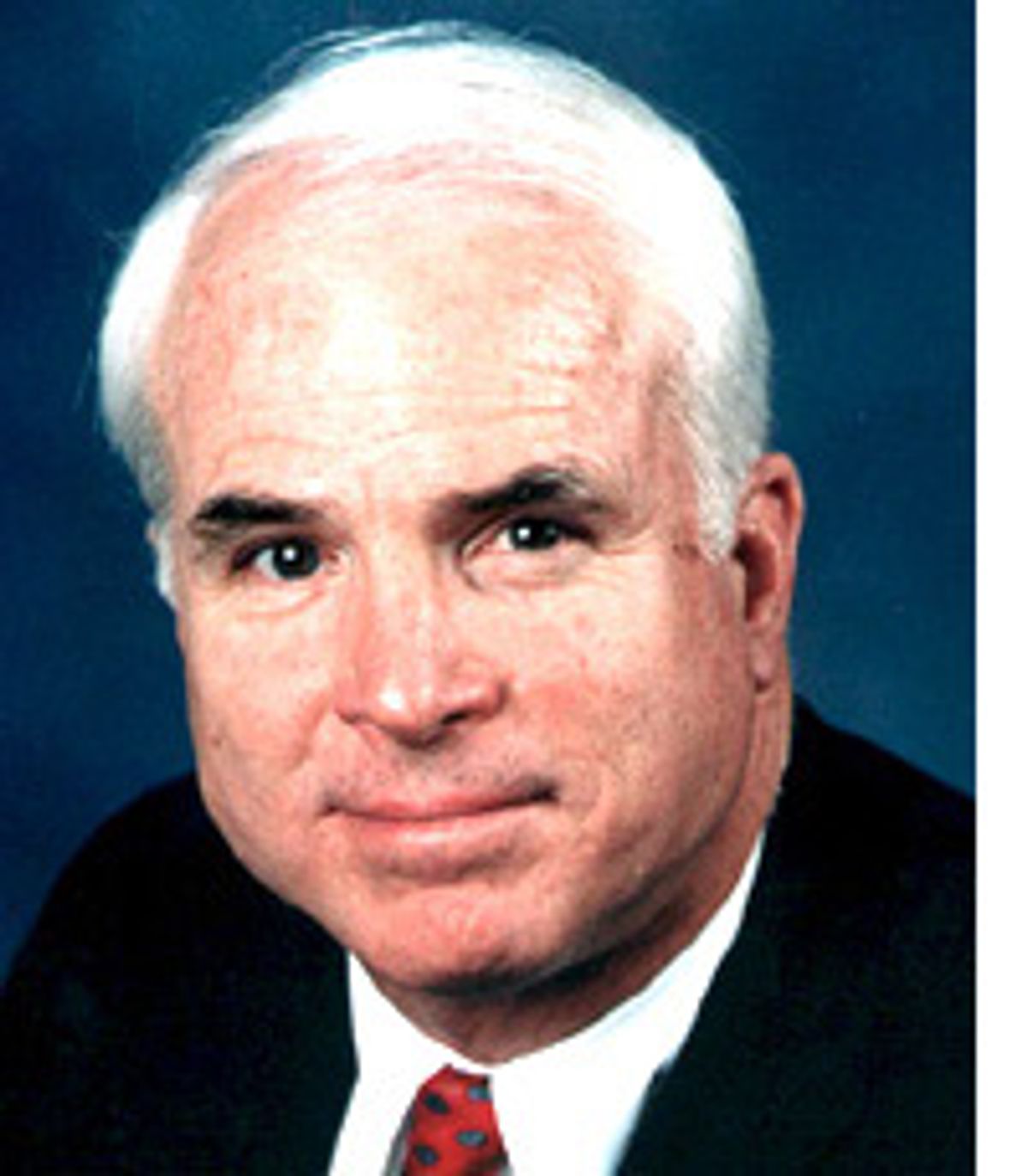 In its never-ending search for issues that don't matter, the media created a firestorm last week
over the weighty question of whether Sen. John McCain, R-Ariz., has "the temperament" to be president,
given his "fiery temper" and propensity to call people he disagrees with "liars" and "idiots."

The press coverage sounded less like political analysis and more like a nursery-school report card:
"Johnny is smart, honest and is good with scissors, but lacks self-control and doesn't play well with
others. Not sure he has the temperament to be bathroom monitor."

"Do I insult anybody or fly off the handle or anything like that?" said McCain. "No, I don't." Now, I
have too much respect for the senator as a man of deeply and passionately held convictions to believe
that. Personally, I could never trust a man who does not occasionally see red.

Unfortunately, by denying the charges instead of laughing at them, McCain legitimized this line of
questioning. Haven't we had enough of politicians falling into the trap of answering questions about
their private lives by issuing fake denials or splitting hairs? Are we now going to have to endure
finger-wagging declarations: "I did not get pissed at that woman!?"

Thank goodness the media has put aside its silly obsession with finding out where the presidential
candidates stand on the issues of the day and are placing the focus squarely where it belongs: on the
candidates' personal peccadilloes. Wondering who to vote for? Ask Miss Manners.

It takes a real lack of knowledge of history to claim that a temper is a disqualifier for high office.
Even the revered George Washington was known to blow a gasket now and then. One Washington biography
describes a time during the Battle of Monmouth when he lashed out at Gen. Charles Lee so furiously
that "the leaves shook on the trees."

Just as we were getting used to the media's fixation on whether our politicians are adulterers, it now appears
they're out to uncover whether a candidate is the kind of guy you'd want to go on a date with. It's as
if they're trying less to educate us about the candidates than fix us up with them.

All this is a perfect example of what G.K. Chesterton warned us about: "If there is one thing worse
than the modern weakening of major morals, it is the modern strengthening of minor morals." But now
that we've started down this road, in the same way that we had former lovers crawling out of the
woodwork to tell tales on our philandering politicians, we'll have complete strangers spilling the
beans about the ill-mannered behavior they've observed. How long before we get an eyewitness account
("Customer Jane Doe") of McCain chewing out his dry cleaner because he wasn't able to get a coffee
stain off the senator's favorite shirt? ("He really blew his stack," said an unnamed but highly placed
source familiar with the stain. "He bent a wire hanger and stormed out.")

Well, far be it from me to buck a hot journalistic trend. So, as a public service, I've compiled a
list of the foul dirt slipped to me by the opposition research teams of various presidential
campaigns. Here's a sneak peek at the scandalous revelations -- I mean, meaningful indicators of
leadership -- sure to rock the race for the White House in the months to come:

George W. Bush: Has trouble remembering names, especially foreign ones with lots of consonants. (Regrettably this leaked out before I could break it in my column.) Might consider balancing the
ticket by choosing Alex Trebek as his VP.

Steve Forbes: Not sure he has the table manners to be president. Frequently confuses salad fork with
entree fork.

Bill Bradley: Not sure he has the personal hygiene to be president. Reportedly sweats a lot. Only
flosses biannually and once, when he ran out of soap, used shampoo instead, confiding to a friend that
it was "just as good."

Gary Bauer: Never on time. Sets his clocks five minutes fast, but then takes five more minutes waking
up because he knows they're fast.

Pat Buchanan: Cheap, cheap, cheap. Known to take dates to Der Wienerschnitzel and show off by ordering
in German.

Had we used these new, refined criteria for selecting our leaders we would have been spared the
unpleasantness of, say, Winston Churchill (drank too much and smoked foul-smelling cigars indoors) or
Andrew Jackson (prone to putting his muddy boots on White House furniture).