"The Tiny One" by Eliza Minot

An 8-year-old faces the death of her mother. 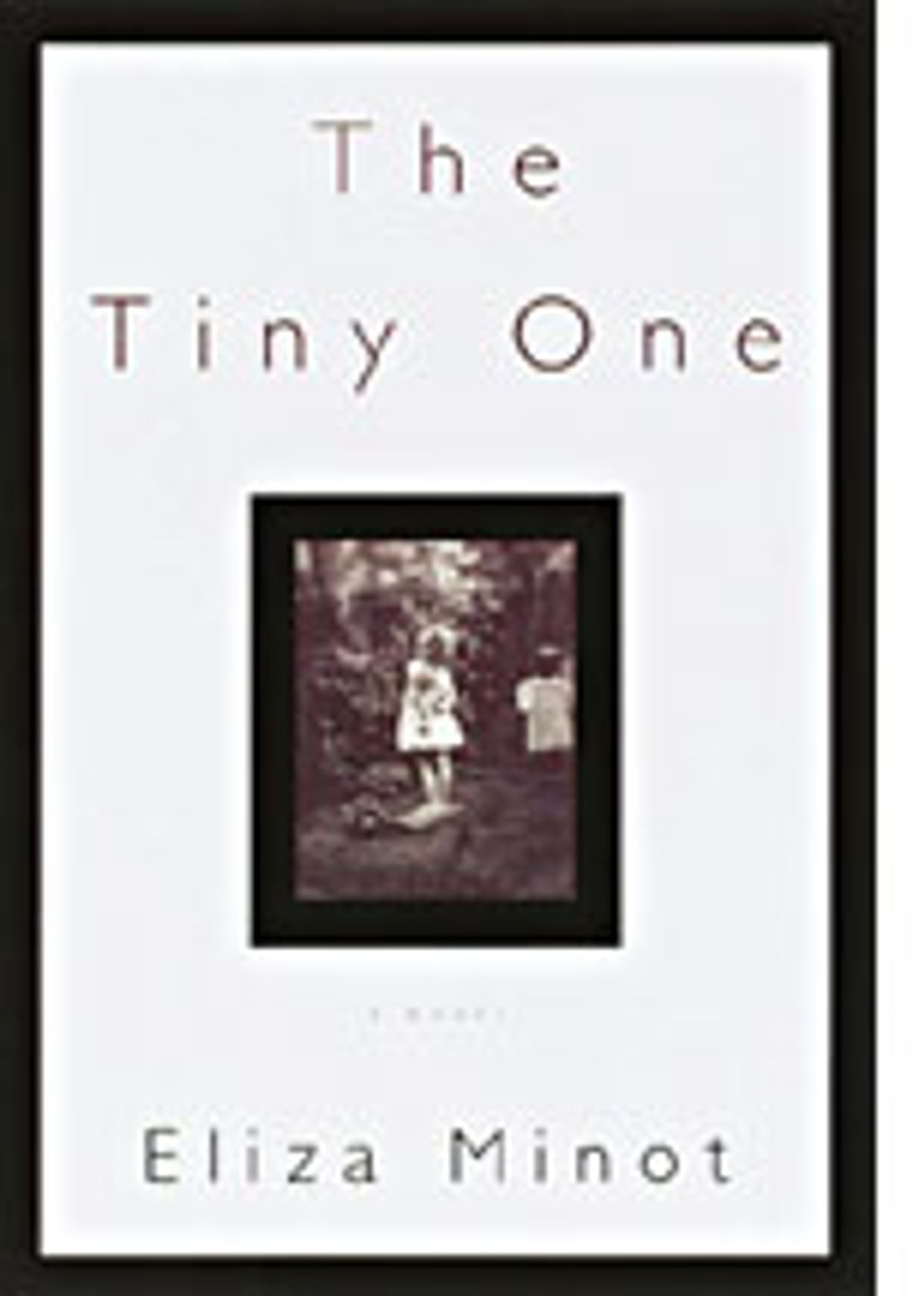 "Children can feel, but they cannot analyze their feelings," Charlotte
Brontk wrote. Eliza Minot would have to agree, but in her first novel, "The Tiny One,"
she's chosen an awkward way around it.

When the book opens, 8-year-old Via Revere has just lost her mother in a car accident. She's in shock, understandably, and instead of trying to process the event -- how could she? -- Via retreats in her mind to
the day of the accident, looking to "find something in that day to hold on to like a
rope swing, to swing with." It's a poignant and comprehensible desire, but
what follows is a 200-plus-page dissection of Via's day -- recess, morning snack, social studies class -- interspersed with memories of time spent with her family and friends.

After pages and pages of clamming with Via's Mum and vacationing with Aunt Nellie in Bermuda, I was desperate for something, anything, that would drive this day toward the book's central event, the accident. But there isn't anything. The novel is simply a study of an innocent youth on the verge of a life-changing occurrence she doesn't even know is coming. While there are a few beautiful and true moments, they have to compete with a clutter of period details and clichis. (Remember Bonne Bell lip gloss, playing Marco Polo in the pool, touching your tongue to your nose, or trying to?) "The Tiny One" reads like
an excellent expanded writing exercise. It's barely a novel, and it's certainly not an investigation of consequential topics such as loss and grief.

It's also worth pointing out that there are more than a few similarities
between "The Tiny One" and the work of the authors sister, Susan Minot,
especially "Monkeys." In fact, for anyone who's read "Monkeys," the
similarities are downright unsettling. Both books are written in spare
prose and rely on a child's point of view. Both describe the experience of growing up in a
Catholic 1970s New England household, and both center on the untimely death of
the mother. More disquieting, some of the same images are found in both books. In "Monkeys," Sophie describes her father ice skating:

He can go really fast. He takes off -- whoosh -- whizzing,
circling at the edge of the pond, taking long strides, then gliding. His
hands behind him in a tight clasp, his face as calm as if he were just
walking along, only slightly forward.

In "The Tiny One," Via describes her neighbor ice skating:

When he's skating he looks like he's going slowly because he
looks so relaxed. But really he's going fast. He glides. He clasps his
hands behind his back. He digs in with bent knees so his body's tipped
forward just a little bit.

In some ways, though, the likeness between the Minot sisters bodes
well for "The Tiny One." Eliza Minot is every bit as good as her sister at
capturing intimate details, particularly physical sensations.
The mud that feels like warm cream around Via's toes, the way grape
soda tastes like hot bubbles in her mouth -- these are lovely, visceral
images. But they are the only anchors in a book that otherwise misses
its mark. Eliza Minot clearly has talent and promise as a writer, but I hope she'll cast a wider net next time.

Lindsay Amon is a freelance writer who has written for the New York Post and Gourmet.