What did I say?

Nothing's quite as humiliating as having a professor call you a Nazi for your views on interracial marriage. 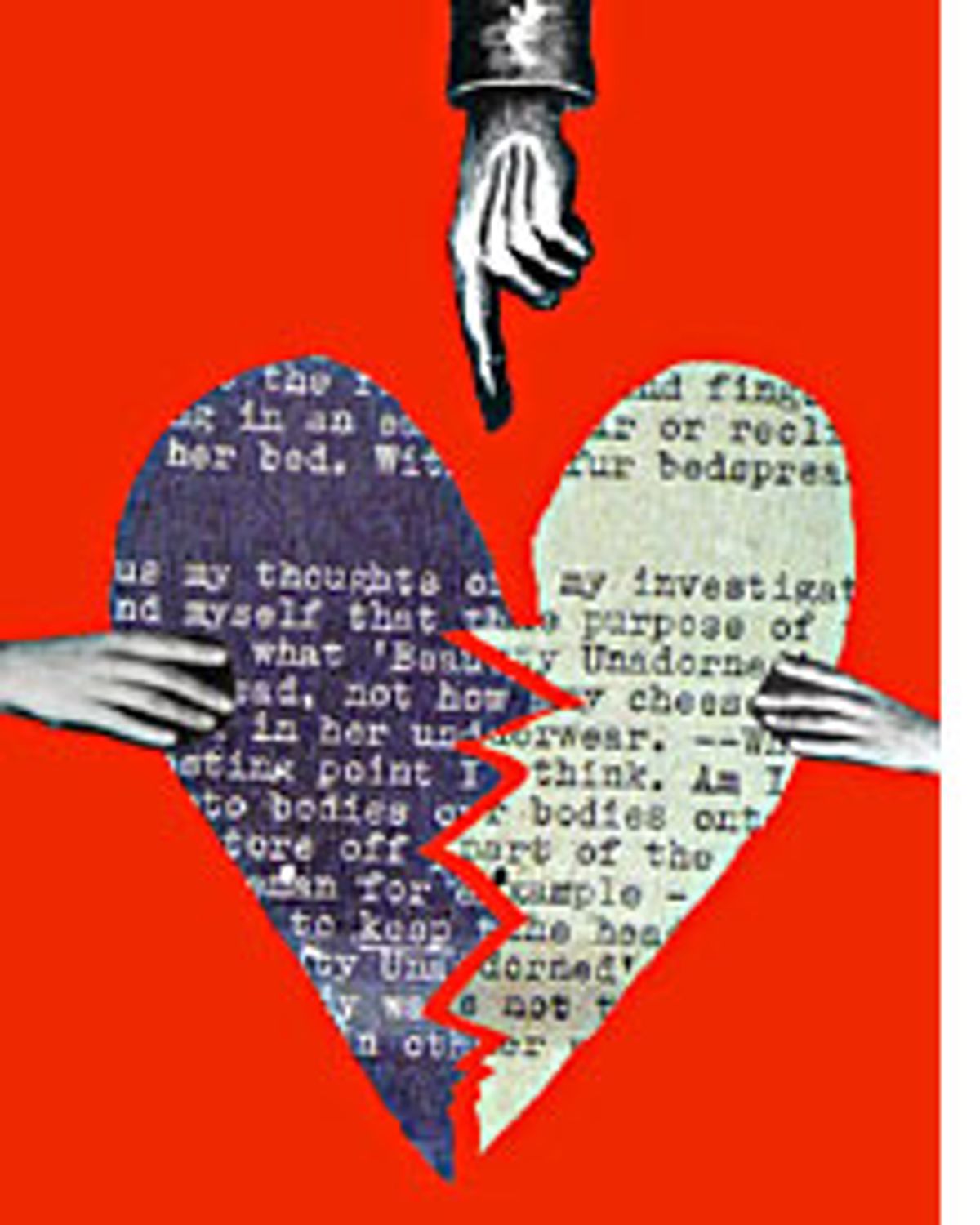 I'd been contemplating interracial marriage for months before I
came to college, and now, faced with an English midterm assignment to write a paper on a topic related to diversity -- racial, educational, economic, whatever -- I was focusing on it.

At home in the D.C. area, I'd read articles in the Washington
Post about black women who experienced stress upon merely seeing an
interracial couple. I remembered black women's brutal words about the
murdered Nicole Brown Simpson. In my own high school experience, I was
harassed by many of the black girls for reasons I could not then
understand. After I graduated, I wondered if their animosity had been
caused by many of the black boys' attraction to me. I hadn't even dated
any of them, but the mere attraction of black boys had been enough to make
the girls bitter toward me.

During junior year, my interest in Northeast Asian cultures and
Asian-American issues prompted me to search the Internet for Asian-American
sites. At a message board I frequented, nearly all of the posts were young
Asian men enraged over high numbers of Asian women who dated and married
white men. A few of these men were absolute fanatics, calling all these
women whores and demanding a burning of all Amy Tan
and Maxine Hong Kingston books. Of course such extremists are the
minority, but still, I've sensed a malaise among most Asian-American men
and boys I know.

My thesis, I decided, would be that interracial marriage could cause hostility
between the races. Because of my observations, I knew that interracial
marriage is more sociologically complex than commercials of black hands
holding white ones would lead us to believe. I knew that anecdotal evidence was not appropriate for
scholarly research, so my English teacher directed me to the sociology
department.

I went to see the only sociology professor whose office hours
fit my schedule. Then I saw who it was: I'd gone to a few of the Sociology Club's meetings, and I had heard this man use a lot of clichid jargon about giving center stage to the
marginalized. Sitting in his office, I explained my thesis. He sat back
in his chair and sighed.

"I don't agree with you," he said, "but I'll try to help you." He
paused. "That was what they were arguing 30 years ago."
His lofty, condescending tone reminded me of a psychiatrist. I tried to
explain my case

"Padding the O.J. jury with black women helped acquit him,
because many of them felt that a white woman who married a black man
deserved whatever she got," I paraphrased from an article I'd found. He
said there was "a lot wrong" with that case. I talked further about the
hostility that a lot of black women have for white women.

"Well, black women have suffered a lot," he replied. "They were
denied their anger, their sexuality." I was barely listening, trying to
think of how I could end the conversation. I asked him if there was any
literature or research validating my thesis.

"There is, but it's old, and a lot was racist." He trailed off. "You could read Nazi literature."

In the end all he could give me was the name of an African man who wrote about his marriage to a white woman. Despite my rage at being compared to a Nazi, I stiffly thanked him and darted from his office. I scurried down the hall, until I realized that I was not headed toward the buildings door. I turned around, but realized that to leave I would have to walk past his office. I escaped through the side door. Safe on the rocky, dusty path outside, I ran spasmodically for a few minutes until the anger left my body.

Yet it remained, mixed with
humiliation, in my mind; I had been dismissed as a racist, my ideas deemed
unworthy of academic inquiry. I trudged the rest of the way until I reached the computer lab. I curled my hand around the mouse and settled into a comforting bath of green light. I tramped around the Internet until I had forgotten the incident enough to get on with my day. But it was a long time before I was able to write my paper.

Lillie Wade is a 19-year-old freshman at the College of Santa Fe. This is her first piece for Salon.