The life of the heretical Italian scientist is told through the loving, protective letters of his illegitimate child. 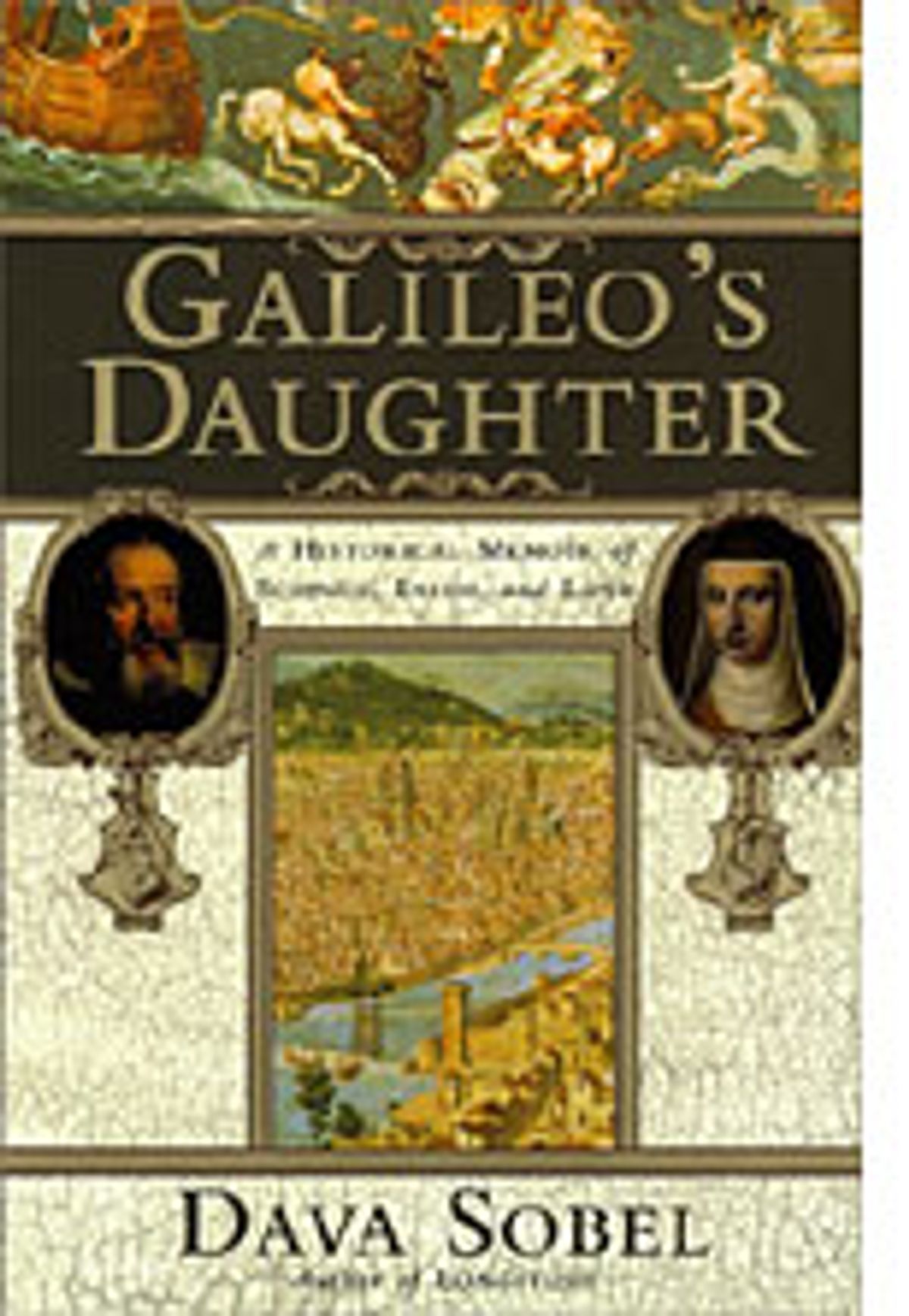 It's easy to be a little skeptical about the idea behind Dava Sobel's new book. It's built on Sobel's translation (the first into English) of 124 letters written to Galileo Galilei, the Renaissance Italian philosopher, mathematician and physicist, by his illegitimate daughter Virginia. Galileo's letters to her have not survived; they are presumed to have been destroyed by the nuns at her convent. But Sobel, author of the 1995 bestseller "Longitude," showing once again her keen eye for the compelling stories that simmer beneath great discoveries, turns this seemingly meager material into genuine historical drama.

That Galileo even had a daughter may come as a surprise to many readers. And indeed, he never married. But in an affair with Marina Gamba of Venice he fathered a son, Vincenzio, and two daughters, Virginia and Livia. The daughters were considered unfit for marriage because of their illegitimacy and were placed in convents. Virginia, the eldest, took vows as Sister Maria Celeste, a name she chose in part out of respect for her father's infatuation with the stars.

From her letters, it's difficult to tell much about her personality, but they do show a loving and protective rapport with her father. "Dearest lord father," reads a typical passage in a 1633 letter, "I wanted to write to you now, to tell you I partake in your torments, so as to make them lighter for you to bear: I have given no hint of these difficulties to anyone else, wanting to keep the unpleasant news to myself, and to speak to the others only of your pleasures and satisfactions." The father and daughter corresponded regularly throughout her adult life; her death at 34 tormented him until his own death nine years later.

As interesting as Sister Maria Celeste's letters are, Sobel's true protagonist is Galileo himself. For his belief in Copernicus' finding that the Earth moves around the sun, and not the other way around, Galileo was accused of heresy by the Holy Office of the Inquisition in Rome. He was banished to Siena and eventually put under house arrest in Florence, despite his heartrending public disavowal of his private beliefs: "The falsity of the Copernican system must not on any account be doubted," Galileo wrote in 1641, facing threats of excommunication, "especially by us Catholics, who have the irrefragable authority of Holy Scripture interpreted by the greatest masters in theology, whose agreement renders us certain of the stability of the Earth and the mobility of the Sun around it."

Sobel intersperses factual descriptions of the scientist's life and work with passages from Maria Celeste's letters. As the social burdens he bore as a heretic and outcast increased, so did his bodily afflictions; Maria Celeste's concern for these chronic infirmities -- gout, hernia and ocular infections, among other ailments -- runs as a leitmotif through her letters. Through this focus on his physical troubles, she is able to express a more daring support for him in his struggles with church and state officials.

The book is most remarkable for its graceful combination of scholarly integrity and rhapsodic tone. Sobel imbues this potentially dry, academic story with the language and cadence of oral storytelling, and she gives it all the dramatic suspense that narrative demands.

She conveys also a timeless caution against the dangers of forest-for-the-trees myopia. As she tells a story about how difficult it was for many people to accept the Earth's place in the solar system, she suggests a simple explanation for why people so often fail to understand their own place in the world: "As participants in the Earth's activity, people cannot observe their own rotation, which is so deeply embedded in terrestrial existence as to have become insensible."

"Galileo's Daughter" makes us pause and consider other aspects of our existence of which we may be insensible, and that we should perhaps regard with slightly less certainty.

Casey Greenfield is a freelance writer who lives in New York.