A top-notch biography celebrates the jazz piano genius who gained his greatest fame as a pop singer. 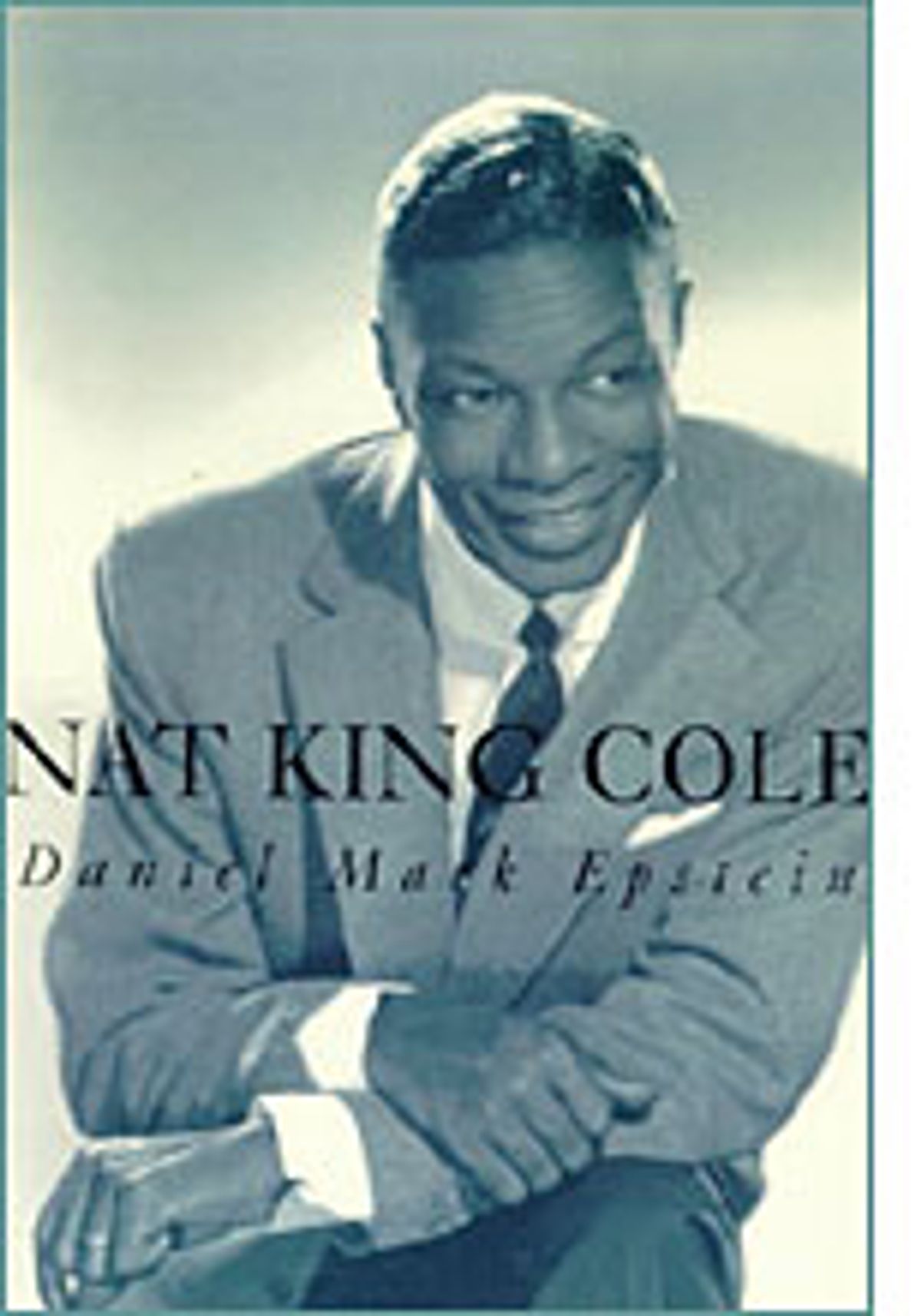 From the late 1930s through the '40s, Nat Cole was known as the dazzling swing pianist who led the popular King Cole Trio and sang a little. In the '50s and '60s, he became a superstar pop singer; casual latter-day fans didn't even know he played piano. Daniel Mark Epstein, in his fond, authoritative new biography, "Nat King Cole" (for which he interviewed Cole's surviving family and associates), persuasively argues the case for Cole as a major jazz instrumentalist, but he's also sympathetic to the motivations behind Cole's turn to pop.

The second son of a Baptist preacher, Nathaniel Coles (he dropped the "s" early on, for no apparent reason) was born in 1919 and grew up in Chicago. He was a prodigy on the piano. Epstein says, only a little hyperbolically, that Chicago in the 1920s hosted "the greatest gathering of musical genius America has ever known, in its most creative decade"; the local lineup included Louis Armstrong, Jelly Roll Morton, Fats Waller and Earl Hines, and everyone else passed through. The young Cole modeled his high-speed, rhythmically sophisticated piano style on Hines'. He dropped out of school at 15; by 18 he had recorded for Decca with his bass-playing brother, Eddie, toured with the revue "Shuffle Along," gotten married to a dancer 10 years his senior and moved to Los Angeles, where he soon assembled the piano/guitar/bass trio that made him famous.

In the 1940s, the trio made a string of hit records featuring Cole's ever more assured and precisely inflected vocals, including the Louis Jordan-ish "Straighten Up and Fly Right," "Route 66" and that instant war horse "The Christmas Song." 1948's "Nature Boy," on which Cole was accompanied by a full orchestra, marked the beginning of the end of his career as a serious jazzman. He'd begun to make big money, and a combination of his own financial carelessness, alimony payments and the IRS, which nailed him in 1951 for nonpayment of back taxes, conspired to keep him on the more lucrative pop track.

Cole endured his share of humiliations touring the Jim Crow South, and when he bought a house in an all-white enclave in L.A., neighbors campaigned nastily to keep him out. In 1956, he became the first black man to headline a national television series, but NBC couldn't find a sponsor brave enough to underwrite the show and it was cancelled. Epstein catalogs the tirades of civil-rights activists who called Cole an Uncle Tom for continuing to perform before segregated audiences; in Cole's defense, Epstein points out that he sued segregated hotels and otherwise challenged segregation when he thought he could win but that he felt a "responsibility as an artist to his fans white and black, wherever he found them."

Cole smoked cigarettes by the bushel all his life and tried to ignore his increasing health problems until he developed lung cancer, which killed him at age 45. Ham-handed foreshadowings of his death pop up here and there in Epstein's account, and once in a while the author gets a little loopy, notably in his analysis of "Nature Boy" as a metaphorical theme song for the state of Israel. But his enthusiastic musical commentary is often enlightening, and his discussions of Cole's marital infidelities actually add a welcome human tarnish to Cole's ever-gracious, unruffleable persona. Finally, despite Epstein's passionate partisanship, his exhaustively researched portrait feels just. If turmoil bubbled beneath Cole's serene surface, he had the old-school dignity to keep it to himself.