Love in a cage

Irish novelist Ronan Bennett talks about his years in a British prison and the difficulty of combining romance with politics. 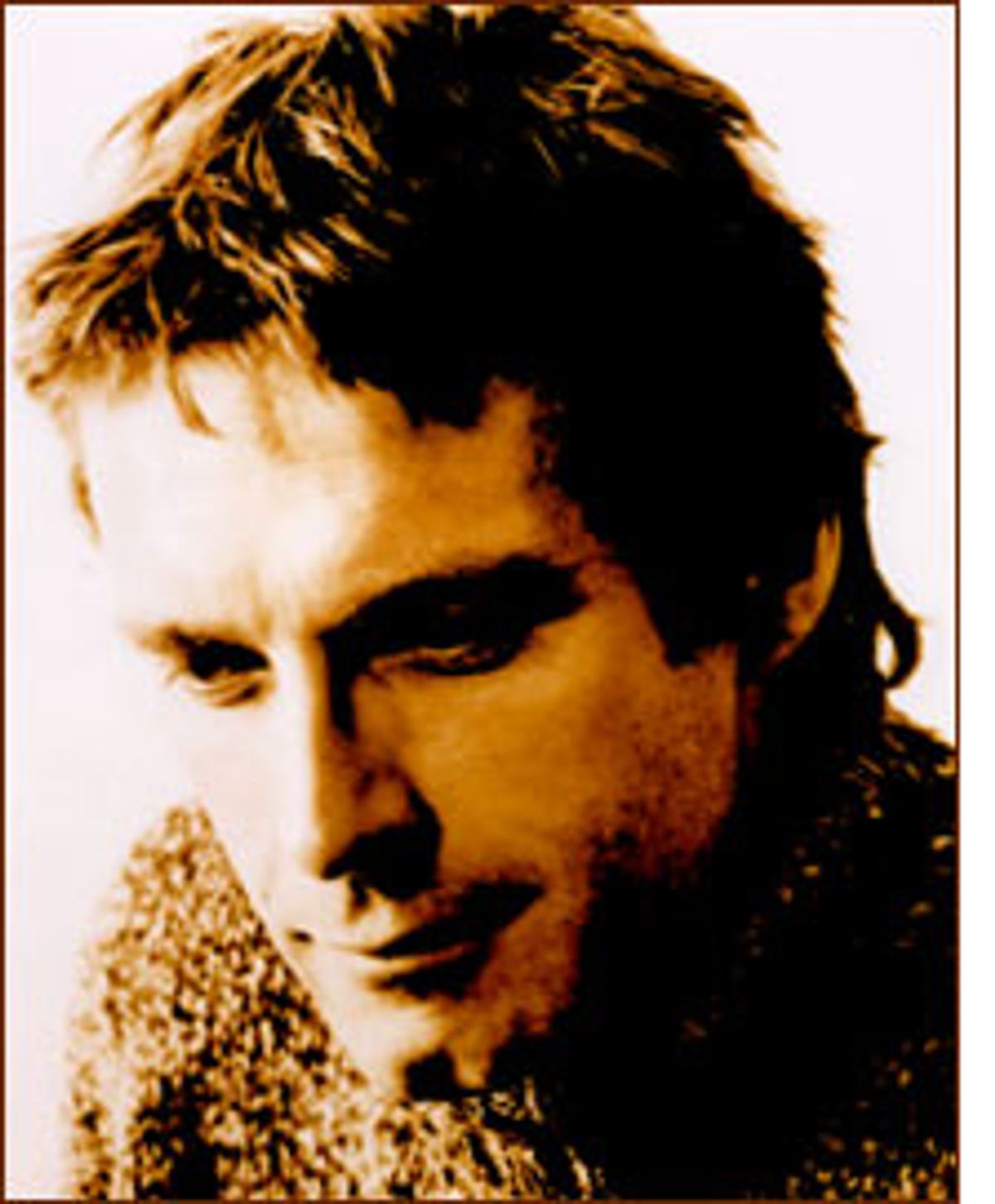 The Irishman and I hit it off on the phone -- me in New York and him in London. It helps that I love his new novel, his third, "The Catastrophist." It has an old-fashioned, "The Quiet American" kind of plot about a troubled observer of international strife. Except in Bennett's book, the hero is a "quiet Irishman" named Gillespie, a journalist/novelist in the Belgian Congo around 1959, observing the conflict between the colonists and the citizens. Gillespie's going through an erotic tragedy with an Italian journalist named Ines. While the Irishman is a pragmatic outsider, Ines is a passionate supporter of Congolese independence. As the personal/political conflict intensifies, the reader suspects that Bennett is using the Congo to describe Ireland. And he is.

Before we discuss the Troubles and Bennett's incarceration in the Long Kesh prison camp in 1974, the Irishman asks, "Well, you're a writer. You're up at the crack of dawn. And what do you do, a thousand words a day? Or more than that ... ?"

"Yes," he answers. "And sometimes it's in the low 200s. Just correcting a sentence can cut your word count in half sometimes at the end of the day."

Oh, I see now. It figures. After all, Bennett is one of those writers -- a brilliant stylist. His lean prose reminds me of the purity of James Salter's or Joan Didion's. It figures he'd spend all day fiddling with one damn sentence. We continue with small talk:

"So, what kind of Irishman are you, living in London?" I ask him.

"Well you know, like a lot of Irishman, I got on the boat and I came here and I thought I was coming for six months maximum to work. And that was 20 years ago ..."

We talk for an hour. Then it turns out he's coming to New York. We continue our conversation two weeks later at a cheap coffee shop near the Gramercy Park Hotel. Bennett is lean. Mid-40s. With a face I figure women fall for.

What led you to write about the Congo?

I wanted to explore the role of the writer in a politically polarized society. I knew I didn't want to set it in Ireland because I wanted it to have a wider resonance.

How direct are the parallels between the Congo in the late 1950s and Ireland?

Both countries have a kind of thwarted bid for independence, continuing involvement of more powerful economic interests, political interests, colonial interests. Things that are never one-sided -- the Congolese themselves are as divided as the Irish. I wrote things that are more apparent to an Irish reader than to an American. I sprinkled the text with a few little giveaways. For example, there's a point where Stipe [an ugly American] tells Gillespie that the U.S. has no selfish, strategic or economic interest in the Congo. And that's a phrase that the British government used about Ireland.

Can I be frank? I recently found myself complaining to a Yeats biographer about how impatient I was with the Troubles.

[With patience.] I can understand someone from a well-organized, settled society being impatient with somewhere like Ireland, where issues should have been settled years ago but haven't.

Why were you imprisoned?

That would take a very long conversation, but it goes back to the early 1970s, when very large numbers of young Catholic men were arrested in mass roundups and went to prison. I was still at school when I was arrested.

What had you done?

I hadn't done anything. Most people, in fact, who were arrested in those early years were not even charged. The British brought in a special law which allowed people to be interned without trial for years on end.

You were political then?

Yes. I was taken to a political prison called Long Kesh, which was really like a World War II prisoner-of-war camp, with huts and guard towers and a fence and so on. It was about nine miles from Belfast. It had been an old RAF station. American soldiers were camped there during the Second World War as well. And it had been hastily converted into a prison camp. [Pause.] I have to say that I feel slightly embarrassed talking about it, because my experience wasn't anything unusual. It would be very hard to find a Catholic family in Belfast that hadn't had somebody who was jailed at one point or another over the last 30 years.

Were all the prisoners sympathizers?

Most were either actual members of Republican organizations, or sympathizers. The place itself was very bleak. It was wind-swept. I can remember being cold a lot of time. And there was certainly an atmosphere of great brutality. But at the same time, there was a tremendous sense of solidarity among the men. You go in as a very frightened kid, and instead of being brutalized by prisoners, you actually discovered that you knew most of them from your street, from your school ... Often it was a family reunion. So, in a funny way, looking back I haven't regretted that experience at all, actually.

Was escape an option?

Yes, and one that was quite regularly followed up.

Yeah, well, my only conviction is for escape from lawful custody. I escaped in 1975 and was immediately recaptured.

How far did you get?

Just outside. But it was dangerous because they shot dead at least one prisoner who tunneled out. In my case, I impersonated a prisoner who was about to be released, and bluffed my way past the guards. I was taken down to Belfast Court, and ... it was kind of half farce, but half very serious. They let me go, and then just as they did so, they discovered that I wasn't who they thought I was. I got about 10 yards from the actual court building and they jumped me.

How did prison affect your literary interests?

When I went to Long Kesh, I was persuaded to stop reading fiction by a friend who dismissed it all as sort of bourgeois nonsense. For 10 years I didn't go near fiction. I just concentrated on history and politics. When I was finishing my Ph.D. [in history from King's College, London], I started to read fiction again. It was like falling in love again. A very intense experience.

Is all your writing political?

It largely is -- I hope in a way that ... I wouldn't want to preach to people. There are other things in "The Catastrophist" that are equally important to me. The love affair between Gillespie and Ines is as important as the political story, really.

I was in Australia recently -- the Sydney Writers Festival -- and I met a Vietnamese writer who just wanted to be left alone to write nonpolitical stories. That got me thinking about politics and writing. So much depends on context. What you can say in one country in one environment clearly doesn't have the same kind of political impact as it does in another.

There's the idea that the real man is the guy throwing a bomb and that writing is just second-tier.

Yeah. When we were in Long Kesh that was the view. That the writer was a fairly miserable piece of work really.

I don't want to speak for all Yanks, of course, but the mainstream has become pretty apolitical. After witnessing Bill Clinton become Joey Buttafuoco, who cares about politics?

I think it's not just Americans that have grown apolitical. Conventional politics, mainstream politics, has kind of jelled into some kind of -- oh, I don't know, some big homogenous center with a couple of fringe groups around the side of it. But I think your kind of cynicism is terribly justifiable.

Is that a danger with you, to get cynical?

The love affair between Gillespie and Ines becomes a political statement.

Yes. Gillespie just cannot bring himself to sign up for what she believes is happening in the Congo. He loves her, but he will not allow his art to be put at the service of her causes. And in a way, if he'd been more minded to compromise on that issue, he might have been able to keep her. You don't know.

How autobiographical is the relationship between Gillespie and Ines?

And how did you end up?

Would you ever repeat that?

Having that kind of political love affair?

If you meet someone and fall in love, you never -- unless you're a particularly calculating, cold-hearted kind of person -- ask yourself those questions. There tends to be more emotional kinds of responses that determine how this thing develops.

I studied Marxism when I was a kid and it just seemed like an endless debate where everything is bourgeois, or at least can be called bourgeois. Even romance.

Oh yeah. Sure. But it doesn't mean that it's not real.

When push comes to shove, would you rather live in a bourgeois paradise or keep your finger in the mire of politics?

Well, I don't think that the two are mutually exclusive. I would really hope they weren't. Again, I think I said to you at the start, for me, obviously the political story of the book is central, but at the same time the love affair is very important to it. I don't separate the two. Writing about the tension that those things create, well, I suppose that's my subtext.

Your trouble is you don't live in New York where writing culture revolves solely around money and Tina Brown sucking up to celebrities.

Well, I don't know about, and I suppose you don't either -- about Manhattan elegance and wealth. What I know about is the community that I was raised in, and the community that I live in now, and to me the kind of social and economic problems that I see around me in these communities. These are the things that I want to talk about in my fiction. But I want to do it aesthetically, and not in a sloganeering way. I don't think anybody's well-served by placard fiction.

I keep coming back to the same point which is that I think it is possible to write about politics and love. It's possible to write about commitment and art. It is. And that's what I try to do. It's not that it's easy, because those things are often pushing you in different directions. I keep saying you never come to an answer, but at least you can have fun exploring all the contradictions along the way.