The loneliest man in China

In a nondescript rural restaurant, an expat is humbled by a local's worldly honesty. 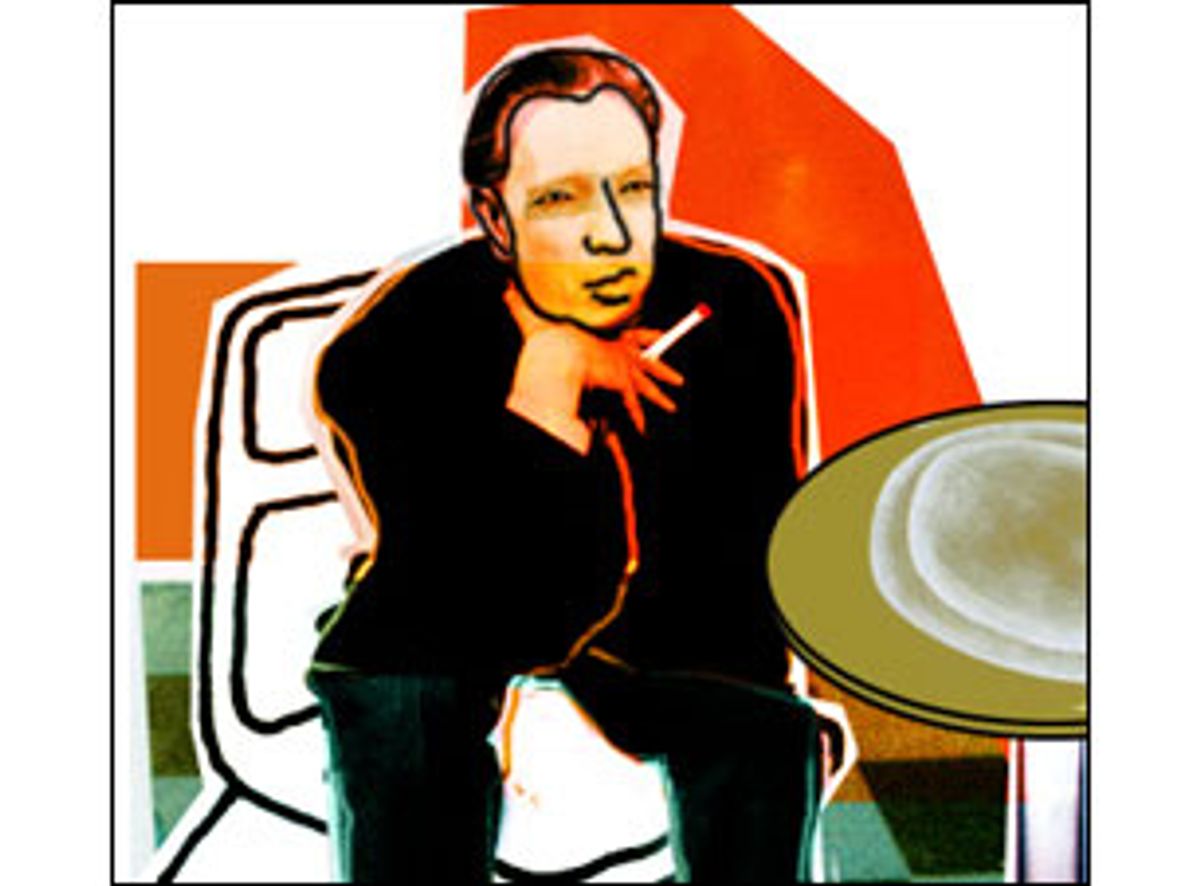 The loneliest Chinese man I ever met lived halfway up the Three Gorges,
in Sichuan Province.

We were both in a restaurant, looking out at the Yangtze. It was
night. I was waiting for a boat to get me out of Wushan town, and out of
the Gorges in general. When I had planned my trip, I had imagined how
cool it would be to go up the Gorges slowly, taking river taxis between
towns and savoring the scenery. Now, many towns later, I was sick of
the idea and ready to get out of the countryside and on to Chengdu, a
big city with good food, relaxed teahouses and a populace that had
grown bored with foreigners and so left them alone.

I kept looking out into the darkness and watching the searchlights on
the ships as they came up the river, sweeps of light on blackness, waiting for the
one that would get me out of this place.

The woman who ran the restaurant kept telling me that the boat wouldn't
come for a while and that I should fangxin, relax (literally, set down
my heart); she would warn me when the boat was coming. I didn't see
how she could tell one ship from the next any better than I could, and
because I'd made the mistake of depending on others to take care of my
problems before, I agreed with her that I could relax, and then kept on
watching anyway.

The man sitting at the table next to mine had come in earlier and was
fed by the woman without his asking or ordering. He had listened with
some half interest when the woman's husband came into the restaurant,
a little boy howling in tow, and shouted at me all the questions that his wife
had asked before when she found out I could speak some Chinese: Where
are you from? How old are you? How much money do you earn in America?
Your Chinese is very good, he yelled.

Then came The Topics.

Everyone in China knows The Topics. The television stations and
newspapers run the same state-generated stories all across the country, and
the Chinese form their opinions based on these somewhat controlled
sources. This time, the hot topics were how racist
Americans were and what imperialist bastards we were for bombing Kosovo.
It didn't matter whom I talked to, the conversation inevitably turned to
those topics, and the opinions were always the same. It gave me a real
respect for the power of state-run media.

The husband finished up the how-shitty-Americans-really-are discussion and then lost interest and left me alone again to watch the black ribbon
of the river below for signs of my escape boat. Somewhere up the stairs,
I heard the son yelling.

The man at the next table offered me a cigarette. When I declined, he
lit one for himself and put the pack away. He asked quietly, "What do
you think of China?"

I thought about possible answers. I thought of the touts who had
trailed me that day, trying to convince me to book into a hotel -- and when
that failed, vying to sell me a boat ticket out. Their insistence and
trailing tactics annoyed me enough that I finally threatened to lead
them to the Public Security Bureau and let them do their pitch in front
of the cops.

I thought of the confidence scam that had targeted me on a
bus, and of the Chinese who had silently watched its progress. When the
scam failed and the thieves got off, my fellow bus riders said that the
thieves weren't local, but that they were afraid to warn me because they
didn't know if the strangers carried knives.

I thought of the businessman, riding on my latest river taxi, who had vigorously pursued
the Racist American and Kosovo Topics, getting red in the face and
talking loudly and so fast that I only understood half of what he said,
even though I could guess the rest from his expression. Undoubtedly, he
would have been even angrier if we had met two weeks later, after we
bombed his embassy. Then again, two weeks later, I would have lied and
told him I was Canadian.

I thought about those experiences and another fistful like them and
then said enthusiastically, "China's great!"

In the end, it's what I always say to Chinese people in China. It's
what they want to hear: an affirmation of country and culture and a
stroke for their nascent sense of superiority, which these days they're
nursing into a full-blown complex. "China's great," I said again. "I'm
so glad to have a chance to come back here and travel. See new scenery.
The Three Gorges are great. Very beautiful."

I'm not proud of it, but I'm a great liar when I travel. I smile and
lie and things are smooth. Every once in a while I don't just lie to
smooth the way, I lie for fun. Once, I told a taxi driver in Beijing
that I'd been studying Chinese for a week. This, after having painfully
studied the language for four years and lived and worked (and lied) in
Beijing for another year. I think I even told him that Chinese was an
easy language to learn. Perhaps most people wouldn't think that's funny, but it was the only time a Chinese person ever told me my Chinese was very good and really meant it.

My restaurant companion looked at me more closely and asked, "And what
do you think of the Chinese people?"

Cold and heartless, but nice if you're in their clique of friends.
"They're great, too," I said.

Well ... I hedged and said that there were good people and bad people
everywhere, and China was no different, but still overall, I liked them.
This was actually true, at least on my good days. Then, because I was
bored and tired of having the same conversations over and over, I asked
about his own opinion of the Chinese people.

He looked at me, and then he looked away. I waited. He wasn't a rich
man. Not poor like the transient laborers pouring into China's cities,
but also not one of the new rich stomping around China courtesy of the
economic reforms. He was wearing green army pants, and a turtleneck, and a
leather jacket. Looking at him made me think laobaixing, "old hundred
names": China's average man, backbone of the nation.

He said, "I think that we Chinese are lacking in quality."

I managed to say, "Oh," and then sat there feeling like an asshole for
lying through the earlier part of our conversation.

I finally got my voice back and asked why he would say such a thing.

He shrugged. "I used to drive trucks. For the army, over in Africa. We
were over there building dams, projects like that for the Africans.
Water and electricity projects, mostly. The Africans had black hair and
black skin, very black skin, and they were poor."

He shook his head thoughtfully, "Qiong de hen." Really poor. "But they were very good to
us. We Chinese couldn't compare to them. They were better people. We
were richer, but they had more quality. Bi bu shang tamen." We can't
beat them.

I've stood on buses in Beijing and watched Chinese people refuse to sit
next to an African student no matter how crowded the bus got, and I've
talked to people in Kunming who, after accusing me of being a racist
American, cheerfully went on to explain how black people were the
stupidest people on earth. Of all the foreign devils in China, blacks
get the hardest treatment. And now I was sitting with a guy who looked
like a peasant, dressed in green cotton army pants and wearing a dirty
leather jacket, and who had just said that the Chinese couldn't compare
with the Africans. I wondered what it cost a Chinese person to say that
anyone, let alone a black African, was better than his own kind.

I finally said, "I've never heard anyone in China say that."

"They haven't gone out of the country," he said. "When you're always in
your own country, you don't know what's out there. You can't compare.
But after you go, you see clearly. Economically, we Chinese are doing
OK. But as people, we lack quality. Nobody here sees it that way. But
they haven't gone away. They don't know what it's like on the outside.
They can't compare." He shook his head.

I didn't have any answer, but his experience reminded me of going home
to America and trying to tell people what I had seen abroad. It made me
sad. Sad for his experience, and sad that I had spent so much time
blithely lying my way across China, always well-shielded from the
Chinese, and now that I was leaving, I had finally found a Chinese
person I wanted to know.

We sat together for a while longer while he smoked, and then my boat
came, and I left.

Now that I'm back home in America and feel like an alien, I think about
him. I think about him sitting in that one-room restaurant, watching the
darkness and smoking, surrounded by his countrymen, and all alone.

Paolo Bacigalupi is a freelance writer in Denver. His writing has appeared in the Magazine of Fantasy and Science Fiction.