Thousands of Americans sent poems to the Favorite Poem Project -- but that doesn't necessarily mean poetry is thriving. 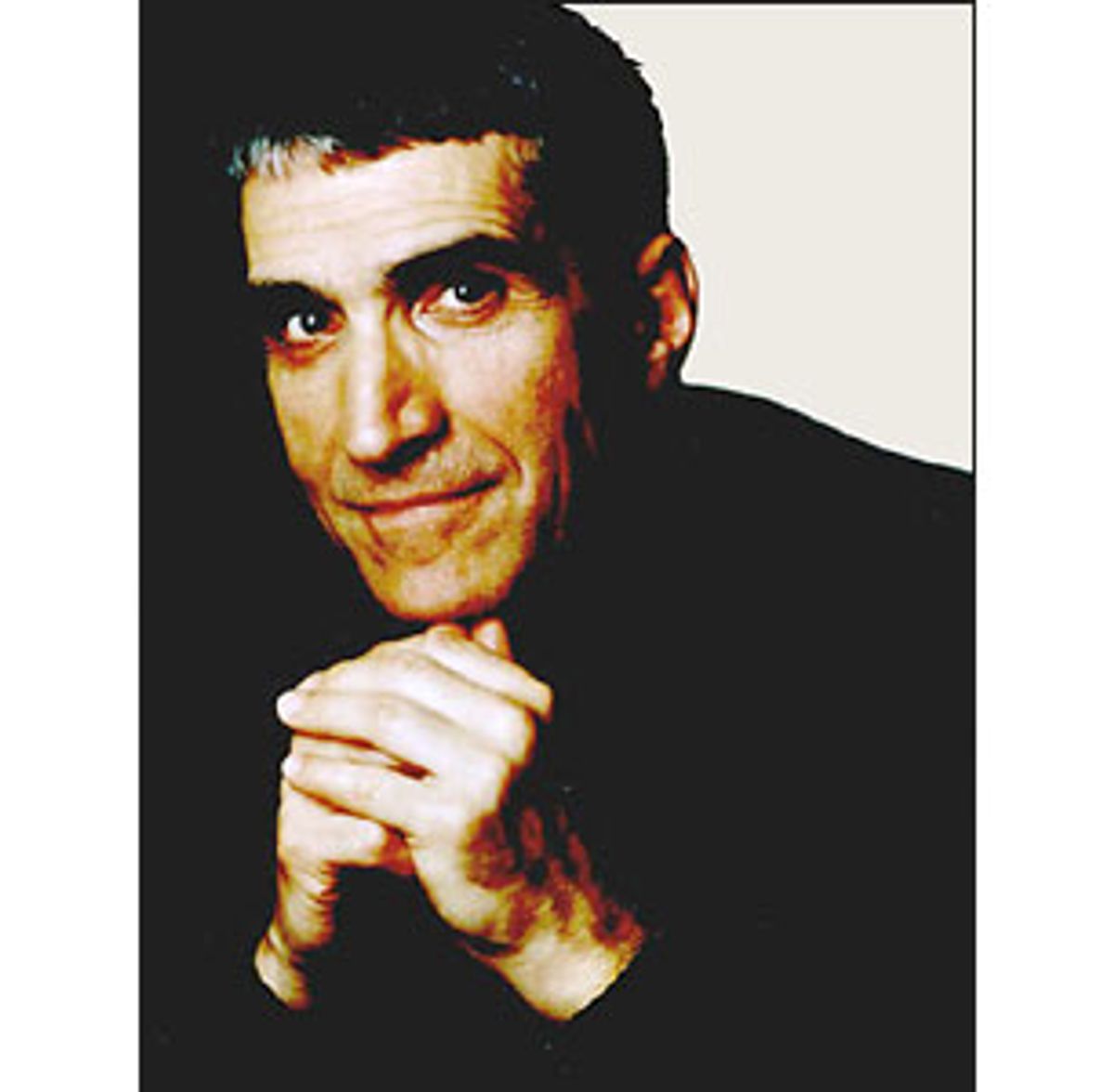 Back in 1991, Dana Gioia, a former marketing executive who quit his job
at General Foods to spend more time writing poetry, published an essay in the Atlantic
Monthly called "Can Poetry Matter?" In the piece, which evolved into a
book of the same title, he attacked academia for cutting the general
public off from poetry. Gioia questioned whether there was a place in
modern America for poetry as a popular art. He bemoaned, for example,
the disappearance of the daily poem in the newspaper. But he
nevertheless concluded that all hope was not lost for poetry in this
country.

In the years since, despite NEA budget cuts and widespread apathy
about the arts, new poetry initiatives (for lack of a better word) have
sprung up all over the place. It's not so much that poets themselves
have enjoyed renewed support, financial or otherwise, but rather that a
kind of civic-minded love of poetry seems to be in style. It's hard to
recall a time when National Poetry Month didn't burst upon us every
April like some flamboyant antidote to Eliot's famous line. When we
didn't have Poet Laureate Robert Pinsky reciting topical verse on the Lehrer Newshour. When there weren't Barnes and Nobles nationwide with
whole aisles devoted to poetry, and with portraits of Frost, Yeats and
other venerable bards on prominent display. What was it like when
Poetry in Motion wasn't offering to brighten New Yorkers' days with
thought-provoking verse pasted up in the subway and on buses? When
people didn't hang out by the refrigerator at parties, dashing off
couplets with their hosts' magnetic poetry kits? Writing programs
offering M.F.A.s have proliferated. All across the land, poetry is
apparently flourishing.

In many ways, all of this is reason to celebrate, especially for a
person like me, a fan of the stanza. But oddly, I find myself feeling
ambivalent about these well-meant efforts. While I applaud them, I'm
not entirely convinced that having James Merrill's poetry posted in
the subway means that Everyman is reading it on the way to work. There is
value in exposing people to poetry at any level, of course, but I'm not
yet sure that that greater exposure means we exist in a poetry-loving nation.

My ambivalence was further aroused when Pinsky started the Favorite
Poem Project, for which Americans were asked to send in a beloved poem
along with a letter explaining their choice. The poems and letters are
to be put into an archive, as a way to give future generations "a
snapshot of the United States at the turn of the millennium
year, through the lens of poetry." Pinsky was overwhelmed with
responses. A nationwide reading series and a Web site were launched, and
it turned out that everyone from the president and his wife to the smallest schoolchild seemed to be harboring a favorite poem.

Now, in anticipation of the archive, comes a book called "Americans'
Favorite Poems: The Favorite Poem Project Anthology." Its 200 poems
were chosen from the thousands of entries Pinsky and co-editor Maggie Dietz received specifically to represent the diversity of American heritage and interests. It is,
in many ways, a wonderful book, by which I mean that it contains many
wonderful poems. Leafing through it one night, I was surprised, I admit, to discover one of my own college favorites, "The Rain," by Robert Creeley, who isn't exactly up there with Frost (the most-picked poet) in name recognition. It goes like this:

All night the sound had

What am I to myself

that must be remembered,

so often? Is it

that never the ease,

will have for me

something other than this,

something not so insistent --

am I to be locked in this

Love, if you love me,

lie next to me.

of the tiredness, the fatuousness, the semi-

with a decent happiness.

It's a poem about the discomfort that's inherent to the state of being
human and the search for someone to put oneself at ease. The woman who
sent "The Rain" to the Favorite Poem Project says as much: "It reminds
me of what it is to be human. Stanzas two through four make me uneasy,"
she writes, "but by five and six I feel content ... I feel that the
poem is very earnest, so it reminds me to live life earnestly, to
remember what humans can be for each other."

Fair enough. And there are plenty of equally insightful entries in the
anthology, each of which speaks clearly and well about the life of
poetry in America. But this woman happens to be a bookstore manager, a
person who's had both the opportunity and the inclination to read books
and think about language.

And in fact, the more you look through
"Americans' Favorite Poems," the more apparent it becomes that the
majority of the people whose selections have been anthologized hail
from fairly well-educated backgrounds. There are nurses and lawyers and
doctors, librarians and teachers and professors, and there is a
significant number of college and graduate students in the mix. No
doubt this was caused at least in part by Pinsky's dual goal, "to
represent the variety and interest of the letters received by the
Favorite Poem Project while also making an anthology of literary
interest." It's hard to make a literary anthology that doesn't rely to
some degree on the tastes of well-educated people.

There are the requisite celebrity picks, but only two of them -- Laurie
Anderson and the real Patch Adams, who chose poems by George Herbert
and Walt Whitman, respectively. It's much to Pinsky and Dietz's credit that they steered clear of politicians and other big names. There is also a smattering of children, and their entries and explanations prove to be among the most charming and affecting in
the book. After all, how could an anthology like this be complete
without "Casey at the Bat," accompanied by this word of wisdom from an
11-year-old boy in Atlanta: "I play in Little League and I see this
happen all the time." Or this comment, from an 11-year-old girl, about
Shakespeare's "Shall I Compare Thee to a Summer's Day": "I could see a
handsome young man reciting this poem to his true love, hoping that she
would fall in love with him or go out on a date."

A cheering number of people with titles like "farmer" and "cashier" and
"homemaker" do appear, people who have no obvious reason to be all that
interested in poetry. There's even a handyman from North Carolina who
loves the Prologue to "The Canterbury Tales" (though there's perhaps
some explanation in the fact that he's also a "Zen teacher," which he
describes as an extension of his career in "fixing things").

But in the midst of all the carefully assembled populism, there is a telling
moment. It comes in an entry by a construction worker in Boston, who
sent in a selection from Walt Whitman's "Song of Myself" with this
account: "In 1994 I began attending the University of Massachusetts as
an English major. This was looked upon by many of my coworkers as
nothing less than ridiculous. I guess a ditchdigger who reads
Shakespeare is still just a ditchdigger."

Which raises an interesting question: While it's inspiring and true
that there are working-class people out there going back to school and
learning to love poetry (the Boston construction worker goes on to say
how poetry has helped him and fueled his self-esteem), how strong is
the tide that pulls against them? I can't help feeling that for every
person like this guy, or, for that matter, for every white-collar
guy who is equally driven to discover poetry in his off-hours, there
are at least 50 others who think they're absolutely nuts -- who look
blank when poetry is mentioned and dismiss the whole enterprise by
saying "I don't understand poetry."

As much as I'd like to believe that we're in some kind of poetry
renaissance in the U.S. of A., I have a hard time doing it. Sales of
poetry books haven't increased. The NEA grants money to poets only
every other year now, instead of every year. Despite all the M.F.A.s,
solid teaching jobs are scarce, and publishing houses, which have to
worry about costs more than ever, aren't rushing to build up their
poetry lists. If people are reading Merrill on the subway -- which they
very well may be doing -- they're probably not going out to buy his
collected works and sitting down with it after dinner.

In an odd way, Pinsky seems to know the limits of his endeavor. As he
comments on what he calls the "double nature" of poetry, the way it's
an intimate art comprised of the most public of all mediums, language,
he says that "in a different country -- say, one where great national
poets were shared as part of patriotic feeling, or where there was
social prestige in knowing lines by heart -- this duality of poetic
feeling might be less poignantly distinct." Yes -- in a different
country. But in this one it often seems to receive a lot of fanfare
with little substance to back it up.

Then again, maybe that's precisely what separates poetry from other genres -- its mysterious, persistent existence in an ever-modernizing world. Who knows how many poetry-loving people out there didn't even write in to the Favorite Poem
Project because they wanted to keep their secret to themselves?

In his poem "The Great Poet Returns," Mark Strand writes, "Tell me, you people out there, what is poetry anyway?/Can anyone die without even
a little?" Whether or not the Favorite Poem Project proves it, somehow
I still believe, still have to believe, that the answer is no.