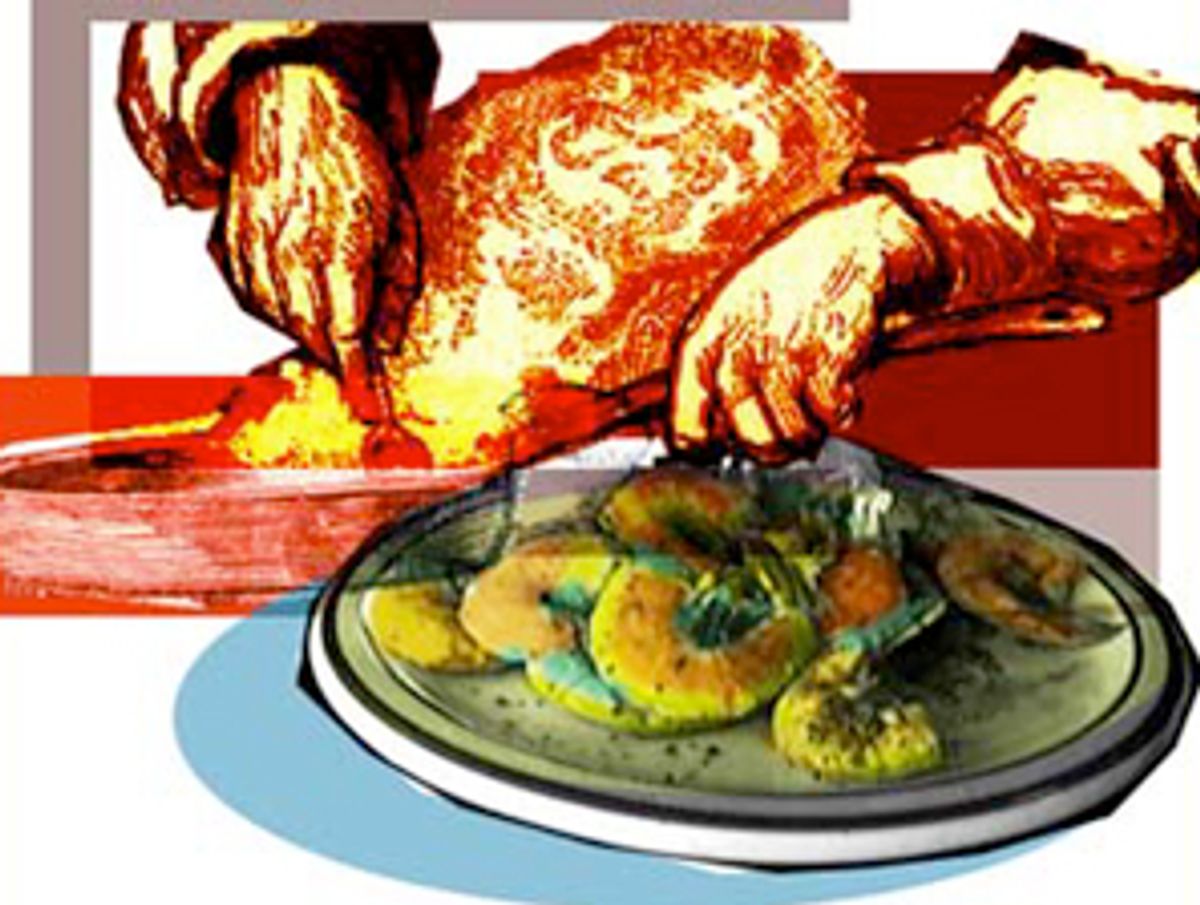 I've been thinking about taking a cooking vacation in Europe. How can I find out who offers classes?

You can find a lifetime of cooking vacations in a book called "The Guide to Cooking Schools" (ShawGuides, 1999), a comprehensive guide to career and vacation programs around the world. The just-published 12th annual edition includes more than 1,000 programs in 49 states and 32 countries. The book is indexed in several ways, including "nonvocational and vacation programs," of which there are scores in France, Italy and England. In all, 524 recreational programs are included in the new guide.

An even more extensive compilation is at the ShawGuides site, which includes more than 3,000 programs and which can be searched according to many criteria. When I last checked, there were 66 French listings, 111 Italian and 13 in Spain. A whiff of the menu:

I just had a bad experience with a canceled flight -- and didn't exactly know my rights as a passenger. Where can I find out what my options are for the next time such a situation arises?

If a flight is delayed for weather reasons, you don't have much recourse. If it's for mechanical or some other reason that can be attributed to the airline, the airline is more likely to rebook you on another connection or, if you insist, another airline.

The key is knowing when to insist -- the airlines are often cagey about when and for whom they do the right thing. For instance, they have a nasty habit of posting flight delays incrementally rather than acknowledging that a flight will arrive way late or even be canceled.

If the flight is canceled, the airline has to put you on the next available flight or "endorse" your ticket to another airline with a flight scheduled. Where this gets sticky is when other flights are all full and none of the options are appealing.

But even in those situation there are rules -- and the easiest way to find out what they are is the Rules of the Air section of 1travel.com. For each airline, you can check its rules under the heading "flight delays-cancellations-misconnections."

Airlines are interested in maintaining goodwill, and some amenities are often available if you know to ask for them. Among the most common are phone calling cards with which you can notify family and colleagues of your delay, and meal vouchers for use in the airport, although lately some of the airlines have gotten stingy with those, too.

You can also prepare for that next time by studying what works for other passengers. Check out such sites as PassengerRights.com, the Tactical Traveler and Brancatelli File and other columns at biztravel.com and Ticked-Off Traveler.

Among books that delve into flyers' rights are:

My wife and I are going to a wedding in Ireland. We'll be there about a week. We have reservations for two nights in a hotel, and are planning to B&B the remainder. Should we make reservations before going?

I expect you'll have no problem finding B&Bs after you arrive, as long as you're flexible. But research your destinations. If you have your hearts set on a particular village and there's only one
B&B there, better reserve. But if you're a go-with-the-flow couple, having an unplanned itinerary can be part of the fun.

The site of the Irish Tourist Board -- aka Bord Failte -- includes B&B listings. You also can find lists of Bord Failte Approved Bed and Breakfast accommodations in all tourist offices within Ireland. The board says that in high season it's advisable to book a few days in advance. Off peak, however, stop where you see the sign and knock on the door.

A guide available from the British Travel Bookshop, phone (212) 490-6688, is Irish Bed & Breakfast, which covers more than 100 B&Bs, inns and farmhouses arranged by county with descriptions and prices. It's $13.95.