Can you be sure the pilot on the plane you're boarding isn't depressed? Can the airlines be sure? 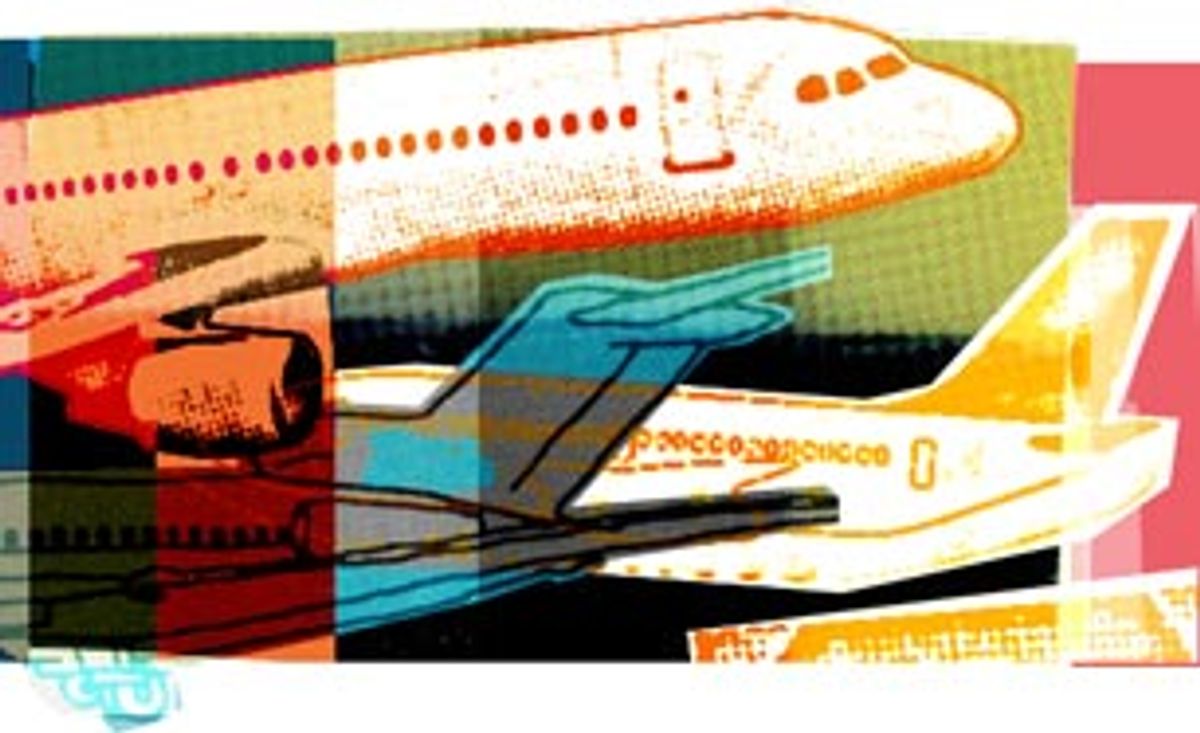 In the media frenzy following a plane crash, aviation pundits introduce us to a whole new set of potential mechanical failures we never knew we had to worry about. Loss of cabin pressure, arc tracking, faulty fuel tank wiring and thrust reverser deployment all become new sources of anxiety the next time we fly.

But this week as the National Transportation Safety Board (NTSB) considers whether to hand over the investigation of the EgyptAir Flight 990 crash to the FBI, words like "suicide" and "sabotage" are coming to the forefront as possible causes for the plane's inexplicable dive. While flyers can take some comfort in the fact that mechanical malfunctions can be fixed, preventing a pilot's death wish may be much trickier.

Pilot sabotage has been suspected in only a handful of commercial jet crashes. In December 1997, a Silkair 737 plummeted into a river in Indonesia, killing all 104 passengers and crew. After discounting a mechanical problem, investigators now believe the pilot deliberately pushed the plane down. A former military aviation instructor, the pilot had a history of gambling and financial problems. The clincher was the discovery of an insurance policy the pilot had received approval for the day before the flight.

Investigators also deemed the crash of a Royal Air Morocco commuter plane that killed 54 in 1994 as a pilot suicide.

And a Japan Air Lines pilot was institutionalized in 1982 after trying to crash the DC-8 he was flying into Tokyo's Haneda Airport, killing 24 passengers.

Whether flight 990 will be added to this list remains to be seen, but the mere mention of suicide has led to a debate on how pilots are monitored for psychological soundness. The Federal Aviation Administration (FAA) requires commercial pilots to undergo rigorous medical and psychological exams to receive their license. Once they are hired, most airlines subject pilots to yet another round of testing. And while no further mental health checkups are required, pilots must have a physical exam by an FAA-approved physician every six months or yearly, depending on their status.

During this checkup they are asked to disclose any doctors they have seen within the last three years (including marriage counselors). Obviously, a pilot may be hesitant to disclose that he's been seeing a therapist for treatment of depression for fear of being grounded. But John Mazor, spokesman for the Air Line Pilots Association, says there are several more checks in place. Through periodic proficiency exams, surprise visits by FAA inspectors, random drug and alcohol testing and whistle-blowing programs -- through which colleagues, friends and relatives can anonymously report any pilot unfit to fly -- pilots are constantly being watched. "Then there's the guy sitting next to him in the cockpit. Every time you fly, you have one or two or more pilots watching you like a hawk," says Mazor. "You can almost visualize this cocoon that follows a pilot his whole career."

But co-workers aren't trained to see the signs of depression, says Robert Butterworth, a Los Angeles clinical psychologist. "Sometimes depression doesn't act like depression." Considering pilots' notoriously stressful lives and type-A personalities, Butterworth suggests that pilots should be given routine psychological checkups. "They don't have other employees check them physically," says Butterworth, "why should they have them check them psychologically?"

David Evans, managing editor of Aviation Safety, agrees. Although he's not convinced that Flight 990 was a suicide mission (he refers to the EgyptAir coverage this week as "a media spasm of data-free analysis"), he says that if we have passenger profiling, why not pilot profiling? Evans points out that in the military, pilots with personal problems are not allowed to fly. And in Russia, pilots must submit to a breath test before taking the controls. For example, says Evans, "If you've got a guy who's staring at a costly divorce and who's significantly in debt, add up a bunch of indicators. The passengers have a right to a well-rested pilot who is able to concentrate on his duties."

But Mazor says that psychological exams aren't foolproof. In fact, according to EgyptAir, both flight 990 pilots had passed medical and psychological exams just last month. The real issue, say pilots, is how an airline treats its people. A pilot is less likely to admit he is depressed or has an alcohol or drug problem if his job is on the line as a result. Most airlines have an employee assistance program in place to support employees with everything from dealing with insurance companies to substance abuse and mental health problems.

"It wasn't always that way," says Chuck Leonard, an aviation safety consultant who recalls a much more freewheeling atmosphere while flying for Eastern Airlines during the 1960s. Today, depending on the airline, a pilot who has a drug abuse problem could be sent to rehab and still be paid. Psychological testing, say pilots, could quite possibly disturb that trust. "This is an instance of the cure being worse than the disease," says Mazor. "It's not like we have this record of planes falling out of the sky because of pilots going mental in the cockpit. Far from it."

Mary Racana is an East Coast journalist who regularly covers the travel industry.