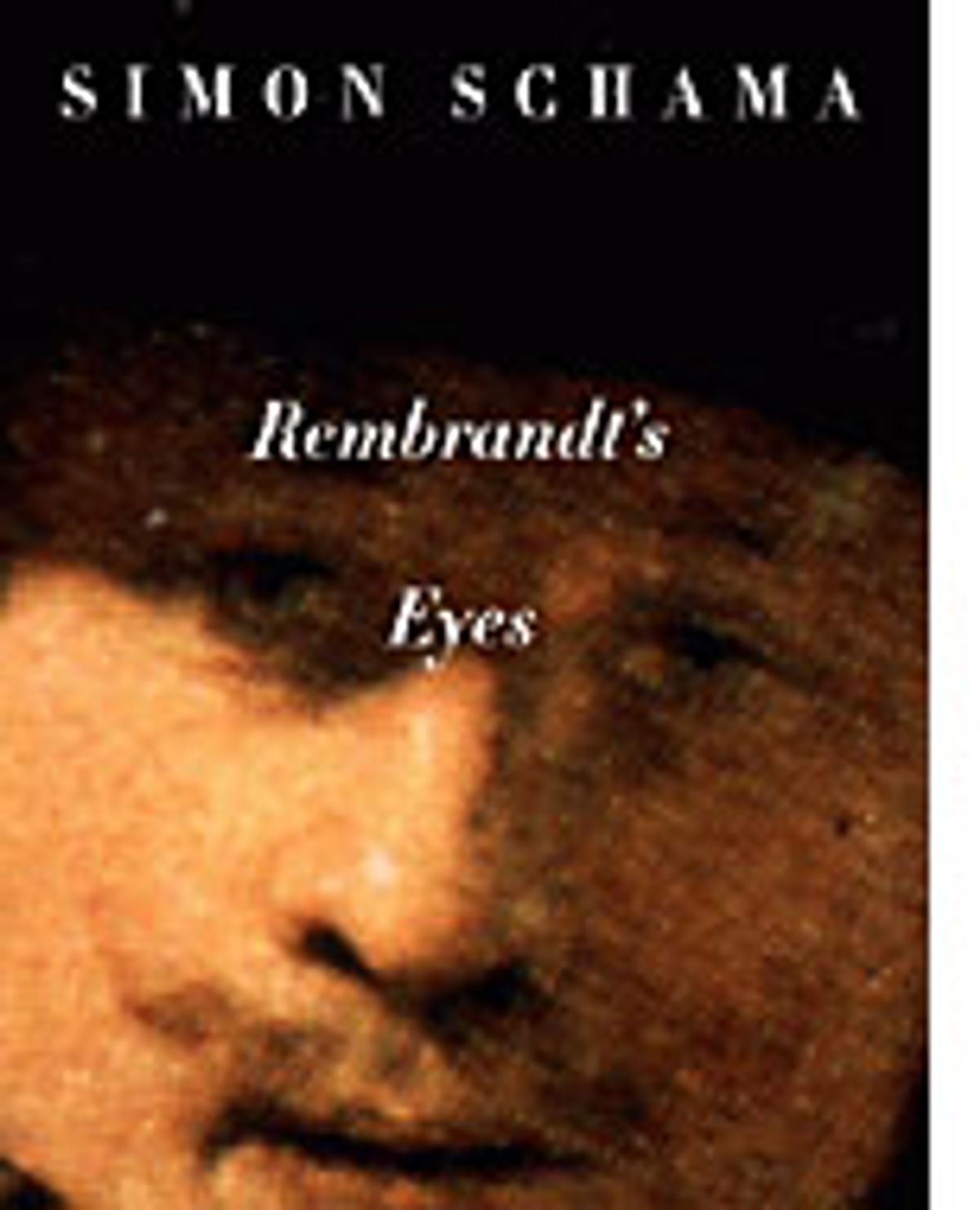 It's unlikely that Simon Schama will ever produce a book anyone
accuses of being too short. The Columbia University history professor and
author of the widely praised "Landscape and Memory" and "Citizens:
A Chronicle of the French Revolution" is among the reigning champions
of the lush and massive tome. Schama doesn't so much write books as
deliver immense objects to his readers.

His latest undertaking, an investigation of Rembrandt van Rijn's intricate
connection to another 17th century master, Peter Paul Rubens, is close to
the heftiest volume I have ever read. This is a 728-page
book, sized to fit 359 illustrations. The pages, when not simply walls of
print, are walls of print broken only by densely painted Baroque
masterpieces, reproduced in full color. Visual overload is always just a
licked fingertip away.

Which is just the way Schama wants it; overload is his accomplice. This
is the kind of monumental undertaking most historians would gladly trade
their rustbucket Volvos for a shot at. But would their ambition be the equal
of their envy? Schama, after all, is the jet set, the Mac Daddy of historians. He gets to write gargantuan books because he delivers the goods.

He made his mainstream reputation in 1987 with "An Embarrassment of
Riches," a you-are-there channeling of life in the Netherlands in
the 1600s. It's another gigantic book -- 698 pages -- but, really, the
Netherlands? Who cares? We should, argued Schama, because in the burgher
republic of the Dutch Golden Age, we can find the seeds of our own current
lifestyle, our embrace of plenty and our neurotic misgivings about whether
all that plenty is somehow robbing us of our souls.

Rembrandt -- the most important artist to emerge from this milieu -- was
certainly sensitive to the tension between the desire for excess and the
penalties that excess invites. As talented as he was extravagant, Rembrandt was the perfect painter for Calvinist Amsterdam of the 1630s
and '40s: Apparently predestined for greatness, he became, by the end of his life, an
anachronism laid low by his foibles.

This is far from the whole story Schama has to tell in "Rembrandt's Eyes," however. He makes the case that Rembrandt's career was shaped by an anxiety-of-influence relationship to the then-greatest painter in the world, Peter Paul Rubens. True to form, Schama is anything but direct in the way he details this connection.

They were night and day, Rubens and Rembrandt. While the older painter
was the soul of taste, a stoic and a devout Catholic, Rembrandt was a
Calvinist vulgarian. "Rubens's most ardent admirers ... [celebrated] the
Flemish painter's commitment to discrimination," writes Schama.
"Rembrandt, on the other hand ... had no idea when to avert his gaze."
Fittingly, Rubens died a painter-aristocrat who dabbled in
diplomacy and was universally mourned. Rembrandt went bankrupt and
expired penniless in a hovel just seven years after he had disinterred
his wife's bones so that he could sell the grave to stave off his
creditors.

Rubens painted only four self-portraits, Rembrandt more than 40. "Unlike
Rembrandt's restless makeovers," Schama writes, "Rubens's sense of himself
was constant." The irony here is that Rubens was the more overtly flamboyant painter.
Rubens' "Christ on the Cross" (c. 1613) gives us the Savior as a martyred Catholic muscleman. Rembrandt's 1631 painting of the crucifixion, by contrast, depicts a scrawny hippie: "A Calvinist image of the body," in Schama's estimation, "pathetically slight, broken, and bleeding." Rubens, the more practical man, had his head in the Platonic clouds. Rembrandt, the captive of his own appetites, had his eyes focused on the Aristotelian everyday, "the piebald, the scrofulous, the stained." His most famous painting, "The Anatomy Lesson of Dr. Tulp," depicts an autopsy.

But fighting to keep up with Schama is worth the struggle. Rembrandt was
among the most complex, compelling -- and flabbergasting -- artists who
ever lived. He is well served by an equally daring biographer, one who isn't
afraid to take some chances in the service of his craft.