A weird and wonderful first novel comes up with a couple of unlikely superheroes. 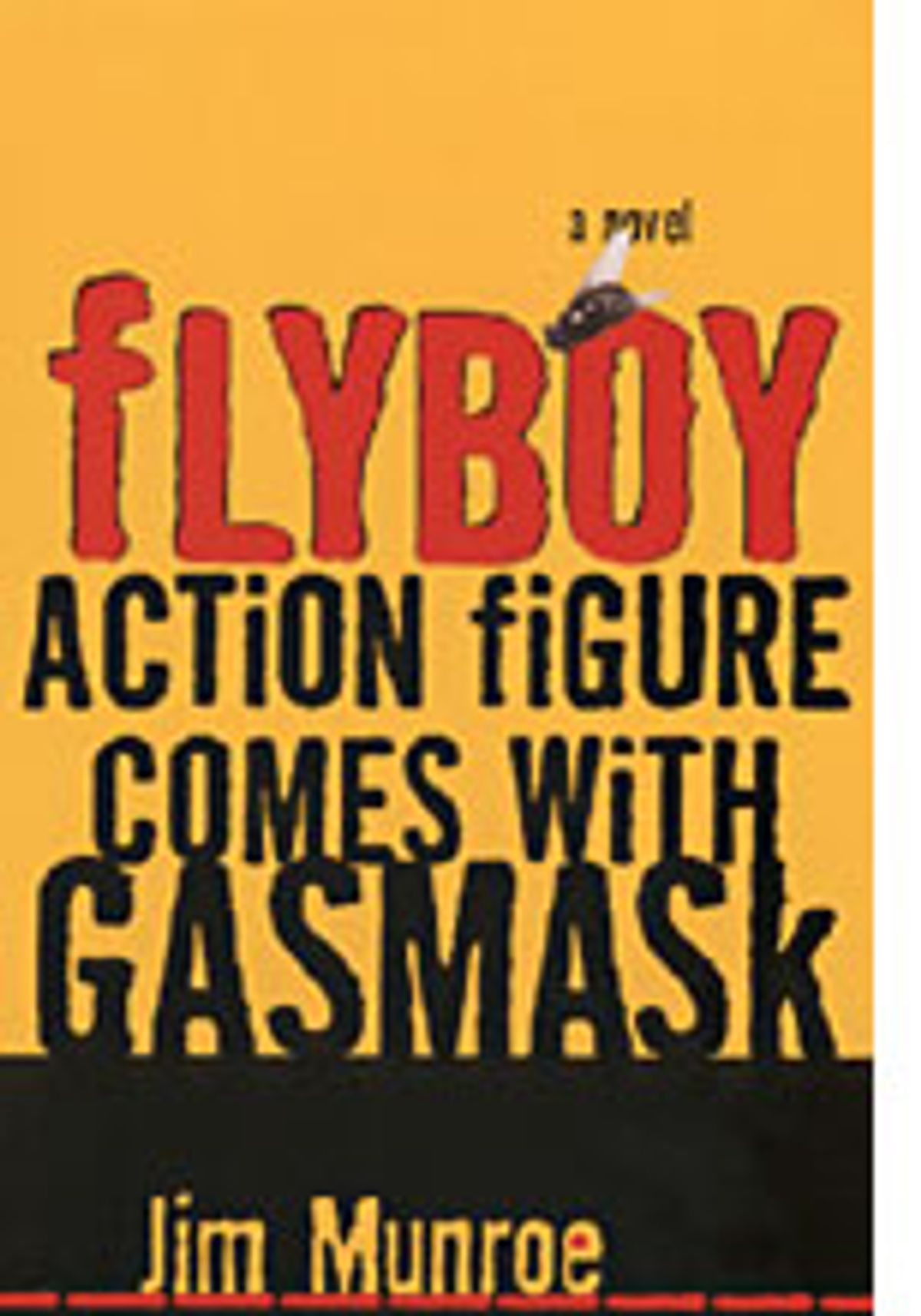 In 1958, that horror thespian supreme Vincent Price starred in "The Fly," a dark little fable about a scientist who is inadvertently turned into a housefly. Obviously, Jim Munroe saw it on video when he was a kid (or caught the crummy 1986 remake with Jeff Goldblum) and it changed his life; this 26-year-old Canadian's first novel tackles a similar subject. Munroe's man-fly, Ryan, is no mad scientist, however. Instead he's a virginal 22-year-old Toronto university student who can turn into a fly at will -- not a giant insect like Kafka's Gregor Samsa, just a tiny, anatomically correct bug.

Cassandra, a waitress Ryan has a crush on, one-ups him twice over. Not only does she have a young daughter fathered by an extraterrestrial, she also has the power to make objects disappear. What can this loony pair do but put on costumes and become superheroes? (Ryan dons a gas mask to duplicate the snout of a fly.) First, however, Cassandra must take care of Ryan's virginity problem. The lucky fellow incorporates his fly nature into the foreplay.

This obviously isn't Tolstoy territory. But "Flyboy Action Figure Comes With Gasmask" is much less cartoony than it sounds. Munroe treats Ryan's and Cassandra's powers as examples of the miraculous forces lurking beneath the skin of the world. And he juxtaposes every crazy event with something mundane. As Cassandra and Ryan share a pizza, she tells him what it's like screwing an alien: "So the first thing I remember thinking was what a darling little skinhead boy. The purple light let me know that something weird was happening, but it was kind of soothing." Munroe gives as much weight to the pizza (she wolfs it, he ignores it) as he does to the tale of alien intercourse, and in the end Ryan is not so much amazed by Cassandra's story as jealous that she had an orgasm with the E.T.

Munroe's prose shines brightest when Ryan is buzzing around:

The tremendous speed at which the fly moves makes [landing] more challenging than it sounds -- the surface of my desk approaches far too fast for comfort ... when I do [finally] hit the ground, my hair-thin legs absorb the shock like springs. The mass of the fly makes the shock almost nothing, anyway. It kinda feels like jumping on a trampoline.

He doesn't swat the flyboy stuff to death, though. After all, just about the only things that flies really do is walk upside down on ceilings and nibble poop; Munroe resists the temptation to depict, William Burroughs-style, Ryan engaging in flydom's grosser activities.

The writer that he actually most resembles is Richard Brautigan, that wonderful hippie (really a latent beat) who authored such arch works of fantasy-Americana as "The Abortion: An Historical Romance 1966," a love story set in a San Francisco library where patrons deposit the books they've written. Munroe's story begins with similar whimsy: Ryan and Cassandra decide to fight evil by defacing cigarette billboards and supporting feminist "Take Back the Night" protests. A sadder subplot has Ryan's mother dying of cancer -- which may lead a reader to ask, "Why doesn't Cassandra make the woman's tumor just disappear?" Apparently, both superheroes are too innocent to play God.

But then, near the end of the book, Munroe's story makes an unexpected swerve into darker drama. A minor character turns out to be more creepy than anyone Stephen King ever dreamed up, and you realize that until this moment, Ryan and Cassandra have had no firsthand experience of true evil. Cassandra responds appropriately by making the villain (of course) disappear. But evil proves too much for Ryan, and he breaks down, journeying deeper still into the insect world; there he discovers true innocence.

Jim Munroe is one swell novelist. His first novel is worthy of ... buzz.