George Lucas is seeking an "extremely intelligent" 19-year-old actor to play Anakin Skywalker in "Episode II." He need look no further than here. 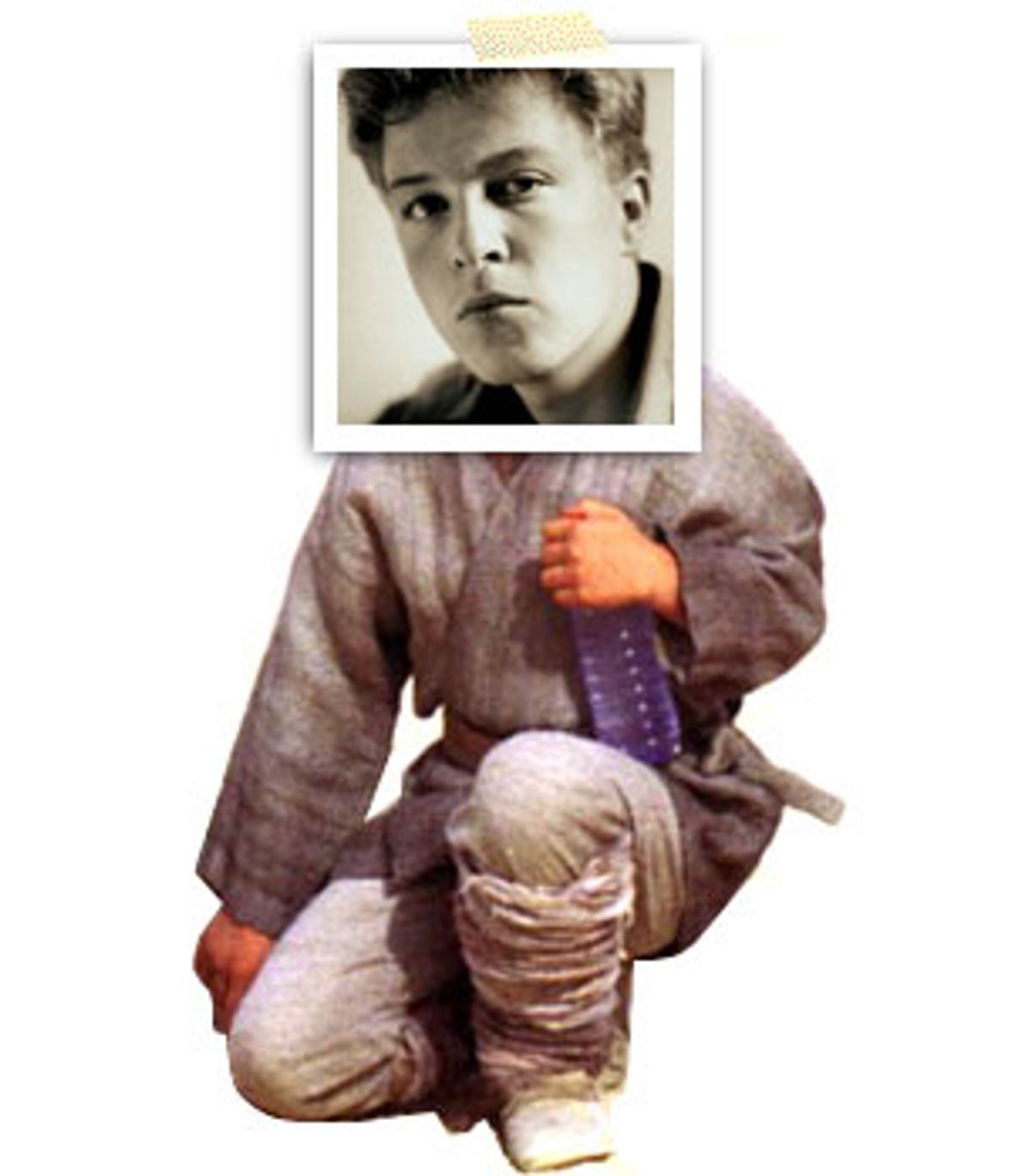 Casting for possibly the most coveted role in the universe, that of the teenage Anakin in "Star Wars: Episode II," is officially under way ... A confidential Lucasfilm casting memo calls for a 19-year-old actor who is "self-determined, extremely intelligent, and forthright." Looks like Lucas is casting about for an unknown to mold into the ways of the Force."

When I addressed this letter to Skywalker Ranch, I felt like a child sending his Christmas list to the North Pole. Unlike Santa, though, you've never disappointed me, and your beard is real.

Anyhoo, in your quest to find an actor who can play Anakin, you have surely received head shots and risumis from around the galaxy. Every twentysomething lad who ever used a cardboard cylinder as a light saber thinks of himself as a Jedi knight.

You might think, from looking at my headshot and risumi, that I'm just another struggling actor begging for a chance to try out for the part of Anakin. Wrong. Allow me to impart some trenchant fortune-cookie wisdom from Yoda: I try not, I do. Or do not. There is no try.

Mr. Lucas, look no further. I'm your man. Thanks to a steady diet of Pepsi, KFC and other officially sponsored comestible products from "Episode One," my midichlorian cell count is unusually high, almost toxically so. I am also guaranteed to have romantic chemistry with Natalie Portman, because I've been a fan of hers since "The Professional," and beginning June 9, 1999, I've been sexually attracted to her as well.

I'm willing to unlearn what I have learned. I warn you not to underestimate my powers. You'll find I'm full of surprises. I won't fail you -- I'm not afraid. If you strike me down, I shall become more powerful than you can possibly imagine. (I'm using your dialogue on purpose here, to make a point. Please don't sue me!!)

Brendan Fraser: As much as I enjoyed his seminal work in "Airheads" and "Encino Man" (you have seen those two, right?), I think Fraser is physically all wrong for the part of Anakin. Take a look at the enclosed photos of me at Jake Lloyd's age. (Please be careful -- I need to put them back in the photo album before Nana realizes they're gone.) I look just like Lloyd -- if he had his hair parted up the middle, glasses and parachute pants.

Jonathan Jackson: Yes, he won the E! Online poll, but keep in mind that Hank the Angry, Drunken Dwarf and Cartman from "South Park" placed third and seventh, respectively. Besides, he already plays the son of Luke (and Laura) on "General Hospital" -- now you want him to play Luke's father? The guy who's TV dad is played by Anthony "'Members Only' jackets were cool until the minute I started endorsing them" Geary? Think it over.

Leo: He was popular, sure, but all those teenage girls (and gay boys) who liked to fill their bathtubs with ice water and flail around to the strains of Celine Dion's "My Heart Will Go On" are not your target audience. I amyour target audience -- a prime representative of the closeted heterosexual male demographic, ages 5 to 35. Plus, rumor has it Leo didn't even like "The Phantom Menace," and I bet he got to see it for free. I rolled pennies, returned bottles and sold blood so I could see the movie 23 times.

Rick(y) Schroder: Sure, and how about Jason Bateman as a Darth Maul clone? Alfonso Ribeiro as Mace Windu Jr.? Surely you realize that Schroder's sitcom background (remember "Silver Spoons"?) would open you up to all sorts of digs. "Episode Two? Wasn't that the one when Ricky learned about the dangers of chewing tobacco? Or was it when he broke curfew to go to the Mr. Mister concert and almost got away with it, until he tripped over his ride-on train set sneaking back into the house?"

Other factors in my favor:

1) My boffo James Earl Jones impressions. If anyone can bridge the gap between Jake Lloyd and Darth Vader, it's me:

I've got them all down.

Nothing against Liam and Ewan, but even though we say that Anakin is from Tattoine, you, me, we know he's a space cowboy from the US of A (probably Texas).

3) I am strong enough to pull the ears off a gundark.

4) I have never partied with Andy Dick.

May The Force Be With You,

Matthew Sullivan's work has appeared in McSweeney's, Lollipop and the Onion. He lives in Boston.