The tabloids that ate their competition 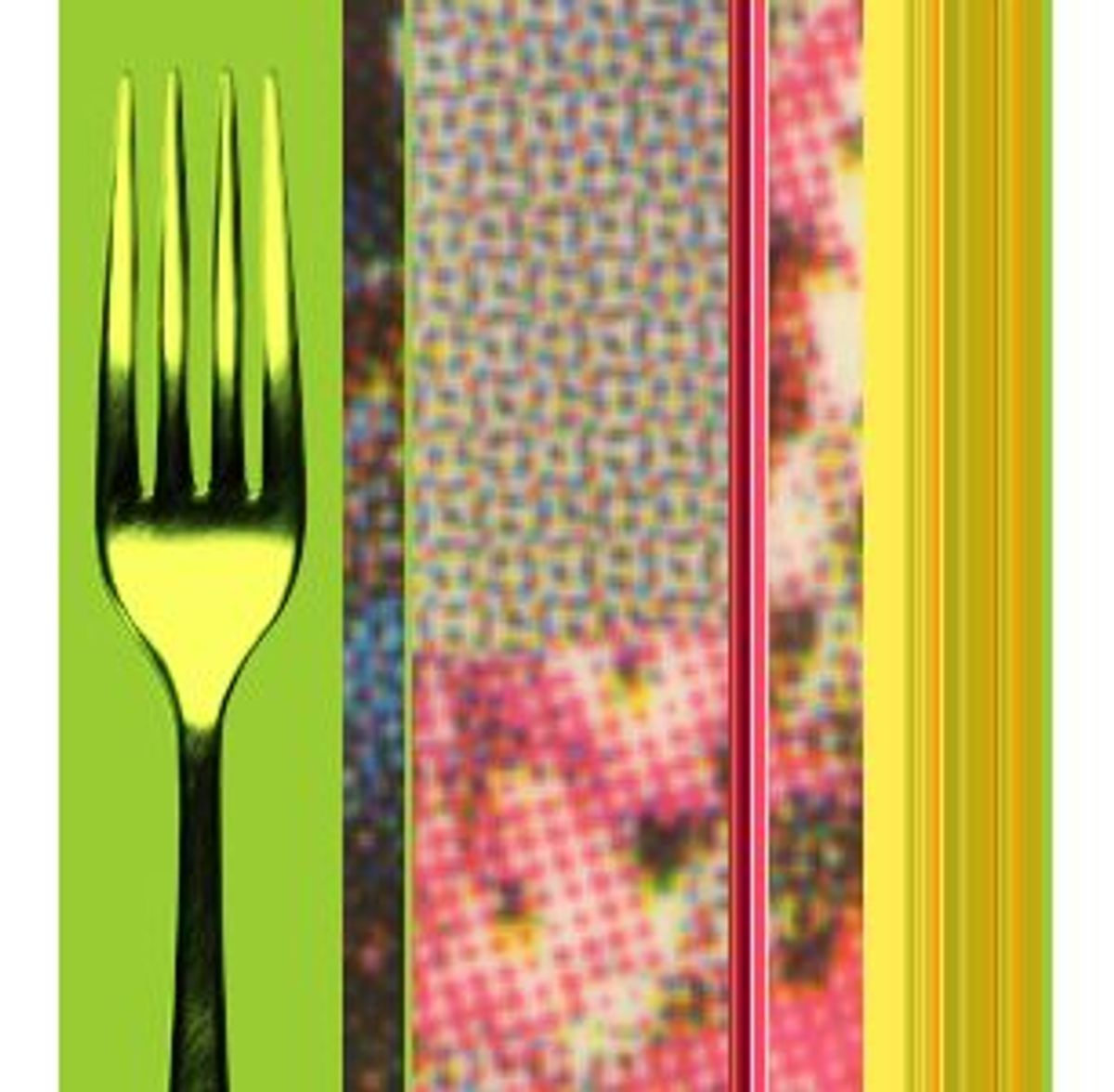 It took a while to sink in, but the implications of the Great Tabloid Consolidation are now becoming clear. American Media, which owns the National Enquirer, the Star and the Weekly World News, announced earlier this month that it was buying the Globe and its sister tabloids, the Sun and the National Examiner. Gossip as perpetuated in the supermarket tabloids -- which you could argue is a rather pure form of gossip, unfettered by musty old standards of decorum or taste -- will now be controlled by one media empire.

This would be cause for outrage or at least monopoly-conspiracy theories in almost any other spectrum of the media. But because of the sleaze factor and the guilty pleasure anyone with more than a high school education feels in reading the tabs, media watchers have been to slow to react. And when they have, it has been with characteristic condescension.

"Aliens Take Over the Tabloids!" Time magazine trumpeted in a parody of tabloid style. "Exclusive! New Exec Grabs No. 3; Jonbenet In Danger!" it concluded. The new exec is David Pecker, head of American Media and the former CEO of Hachette-Filipacchi, and the "No. 3" refers to the Globe (which follows the Enquirer and the Star in sales). Time talks to the executive about his plans for his family of sensationalistic siblings ("If there's a Hollywood scandal, the investigative portion will be done by the National Enquirer," says Pecker. "The impact on celebrities, on their careers, that will be done by the Star") and noted that the genre itself is in trouble. Before the Globe acquisition, American Media titles sold a combined 4.4 million, which is flat from last year and down 35 percent from four years ago. The company has been trying to diversify, adding a National Enquirer TV show and Web site to its mix.

Part of Pecker's mission has been to clean up the tabloids. He hired Roger Black to redesign the Enquirer and the Star, and though the difference between the before and after versions is rather subtle, the assignment itself is significant. Black is a ubiquitous figure in mainstream media (I did a book with him myself) and probably best known for his groundbreaking magazine face lifts. Rolling Stone, Newsweek, New York and Esquire all got the benefit of Black's designing talents. And it's safe to say that if any of these magazines had legs, they would probably run screaming from the room if you sat them beside the National Enquirer at a dinner party.

But Pecker sees a brighter day dawning for the Enquirer, if not its ilk. He has spoken of going after People's audience -- and here Time Inc. just thought it had Jann Wenner's Us, which goes weekly in March, to worry about. And though the People people probably aren't losing a lot of sleep over the prospect of a new, more mainstream National Enquirer, it's worth noting that the tabloids are definitely on the radar of many slick publication editors. I have attended editorial meetings at People, In Style, Entertainment Weekly and even Vogue at which copies of the Enquirer and the Star were referenced, if not actually brandished. The general feeling has been that there's usually something to the stories they report. And after the Enquirer proudly announced a few weeks ago that no celebrities were currently suing them, their reference value can only rise.

Or can it? Pecker has been known to squelch a few stories in his day. He famously fired the editor of Hachette's Premiere years ago over a story about Planet Hollywood going broke, long before the theme restaurant chain actually went bankrupt, and never denied rumors that his friendship with the restaurant chain's investors had anything to do with it. Are the days of deep-dish dirt in peril? Can the tabloids survive a "controlling authority" with friends in high places -- or aspirations of class? And perhaps more important, where will the more mainstream magazines (which are sometimes indistinguishable from the tabloids in subject matter, if not presentation) get their gossip?

Hell if I know. For what it's worth, I took a quick sample of this week's tabs so you might not have to. And then I wrote it all off in the name of research.

The National Enquirer: If no one is suing it right now, it certainly isn't making many friends among the celebrity set. From the cover story on Katie Couric's wife-beating boyfriend, to the inside dirt on Sean Penn's marital problems, the Enquirer is still the one most stars love to hate. Most sources are anonymous, of course, but given the mag's legal bills you can imagine there's a little something to every bit of dish in here. For the insufferably curious, for instance, there are pictures of Jodie Foster's longtime companion plus this carefully worded sentence: "And she is so loyal to her best friend Cydney Bernard -- who was by her side when [Foster's son] Charles was born -- that the two wear matching wedding bands."

Billed as "The New" Star, this tab is actually more celebrity friendly than the Enquirer. Sure, they managed to find photos of Cameron Diaz looking kind of like a bag lady and they say Michael Jackson's marriage was a hoax (did you ever?) but a lot of the display text oozes concern. (This must be the "impact on celebrities" angle Pecker was talking about.) The Star's story on Jodie Foster, supermom (running the same week as the Enquirer's), makes no mention of the actress's romantic life. And a piece on Paul McCartney's new squeeze, Heather Mills, casts the loss of her leg six years ago in acceptably sentimental tones ("Brave beauty who captured McCartney's heart") but shows us only her beguiling face.

No such niceties for the third-rated Globe. The tab's big spread on "Paul's New Love" features a full-page shot of her sans prosthesis, smiling at the camera. (While many shots in the tabloids are bought at great price from paparazzi -- ask Princess Di -- quite a few come from stock.) The Globe is closer to most people's conception of a supermarket tabloid, and in that bears more resemblance to some of the British dailies. An ex-boyfriend of "Sabrina, the Teenage Witch" star Melissa Joan Hart peddles his memoirs (and a few mementos) herein, and it was the Globe that set Frank Gifford up with that stewardess -- an act that outraged even the Enquirer.

The National Examiner mixes such soft fodder as "a day in the life" of Brad Pitt and Jennifer Aniston with a cover story on the less-than-stellar pasts of Judge Judy and a half dozen other TV judges. There's a story about one teenager's quest to feed the homeless of the world alongside a roundup of serial-killer couples (not Brad and Jennifer) and part one of a six-part series on what to do after the rapture comes and you're stuck on a godless earth with the rest of Satan's tools. With this kind of identity crisis, the Examiner looks like the Talk magazine of the tabs.

Both the Sun and the Weekly World News have apocalypse on the brain, leading with "Billy Graham's Doomsday Warning" (Sun) -- or his "End Times Message," as the News' headline-speak would have it. (Clearly not an exclusive.) The Sun offers a rather ho-hum mix of tabloid fare: pictures of really fat people, a photo of an "unmistakable image of Christ" that appeared on a man's patio door, an article on the "new devil's triangle" (bye-bye Bermuda, hello Nova Scotia). For the real deal, check out the Weekly World News -- the paper that rocked Washington with its photograph of Bill Clinton shaking hands with a space alien. This is the tab that could give Salon lessons in headline writing. Witness "Topless, Fire-Breathing Transsexual Knocks Out Power to 5,000 in Seattle" (they're not making this stuff up) or "New Remote Control Device Gives Women Orgasms At Up to 80 Yards Away" or my favorite, "How to Tell If Your Dog Worships Satan."

Then try looking for that story in People.