"The Walking Tour" by Kathryn Davis

The pastoral collides with cyberspace in a pulse-quickening novel that's totally confusing, but worth the trip. 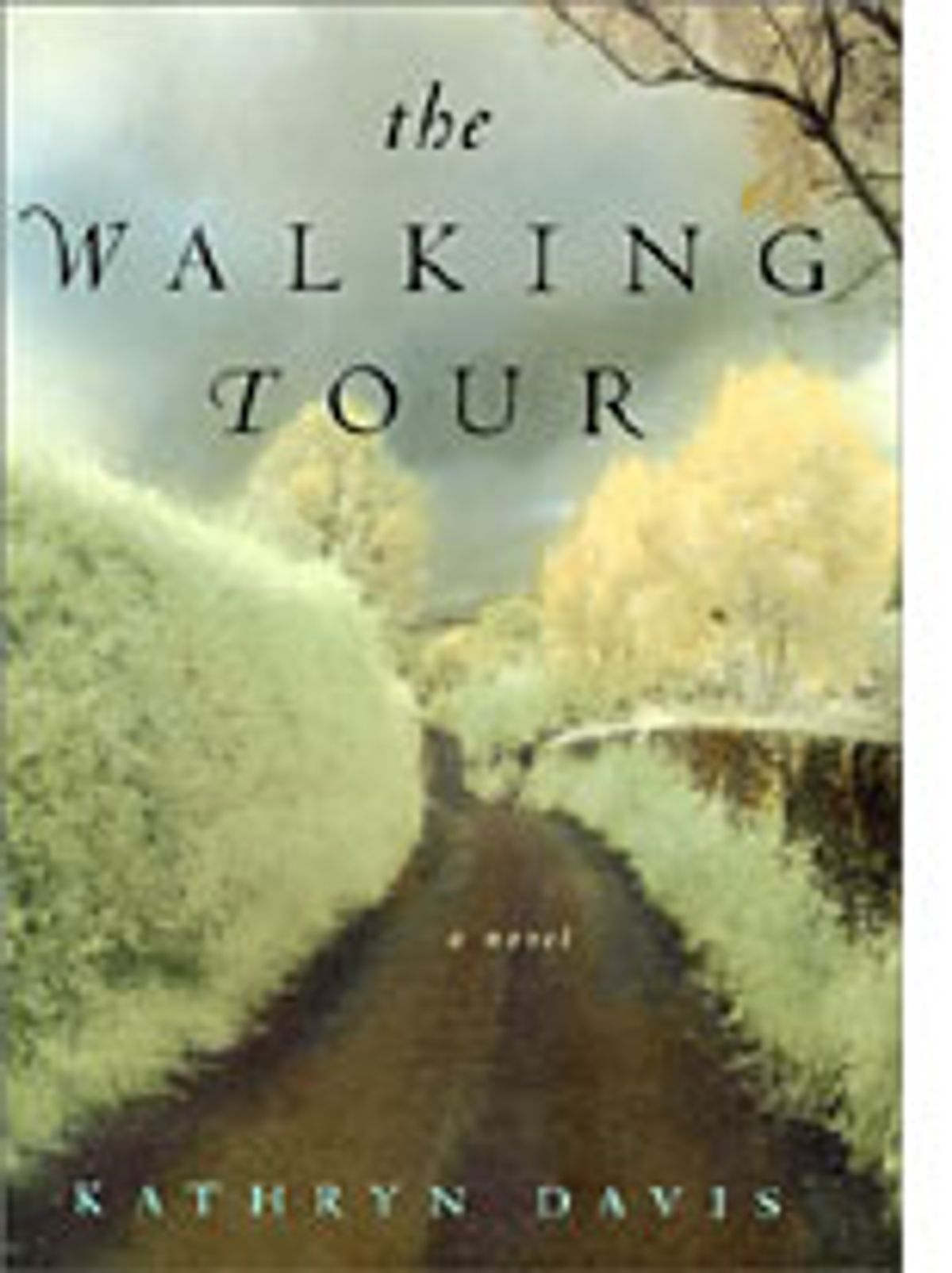 Making your way through Kathryn Davis' enthralling and mystifying new novel, you might come to a place -- several places, actually -- where you lose sight of the clear narrative path. This reader did. "The Walking Tour" disorients: It sends you flipping pages back to see if you've missed major plot turns, like a violent crime or the introduction of a new character. But, like a hike through a rocky and vaguely menacing landscape, the novel, Davis' fourth, is also pulse-quickening and, at times, sublime.

This much is clear: Sometime in the late 20th century, two cyber-entrepreneurs, Bobby Rose and Coleman Snow, together with their unstable and artistic wives, Carole Ridingham and Ruth Farr, join a tour group and set off to see the Welsh countryside.

As the group paces around the Gower peninsula, however, tensions among the members -- sexual, professional and otherwise -- escalate so fast that the atmosphere turns supernatural. Ruth has mythological hallucinations; Carole, a famous painter, battles schizophrenia and mad bees; and an enigmatic Asian businessman, possibly in concert with Coleman, may or may not be plotting among ghosts to take over Bobby's business (a company responsible for a successful but insidious software called SnowWrite and RoseRead). In the eye of this storm is a tragedy -- two deaths -- that's left obscure
until the novel's end. Even leaving aside the prominent mischief wrought by the masque-like roster of supporting characters, this is an elaborate narrative matrix.

Davis compounds her novel's complexity by having the tale of the tour narrated in fragments by the daughter of Bobby and Carole, Susan Rose. Susan sets out to construct her parents' story from scant evidence, which she shuffles like cards: court transcripts, Ruth's diary, Carole's postcards and the testimony of Monkey, a soothsayer from her own time. As she pieces things together, Susan also contends with the dangers of her 21st century world, a weird property-free dystopia with a "Clockwork Orange" ambience, dominated by Monkey's scary post-technology gang, the Strags.

The effect of the two intertwining narratives is an epistemological hide-and-seek in which the storytelling often conceals as much as it reveals. But it's well worth embracing
the book's intricacies: Though Davis takes obvious pleasure in playing out her
novel's dense setup, there is nothing rarefied about her precise and often
epigrammatic prose. (Of Carole, she writes: "Really sad people never break your
heart.") Davis makes frequent reference to Wordsworth, and, like the
Romantic poets, she is keenly attuned to those moments in which the natural world has psychological reverberations. When Susan reflects on girls who seem to transform themselves from "baby savage to smooth operator without missing a beat," Davis elaborates: "They never know what it's like to hear in the rustling noise of summer's end the approach of a destiny so at odds with your parents' that it seems like a betrayal."

Here and throughout the novel, Davis expertly positions Susan between nostalgia
and ambition. In "The Walking Tour," she has created a profound and demanding
narrative double-helix -- one that requires its characters to forge a future with
an incomplete template from their pasts, just as the reader is required to
leave clear and orthodox paths to enter Davis' heady wilderness.