The culture of secrecy

Docs make mistakes, but proposed regulations to make them talk about it won't change that scary fact. 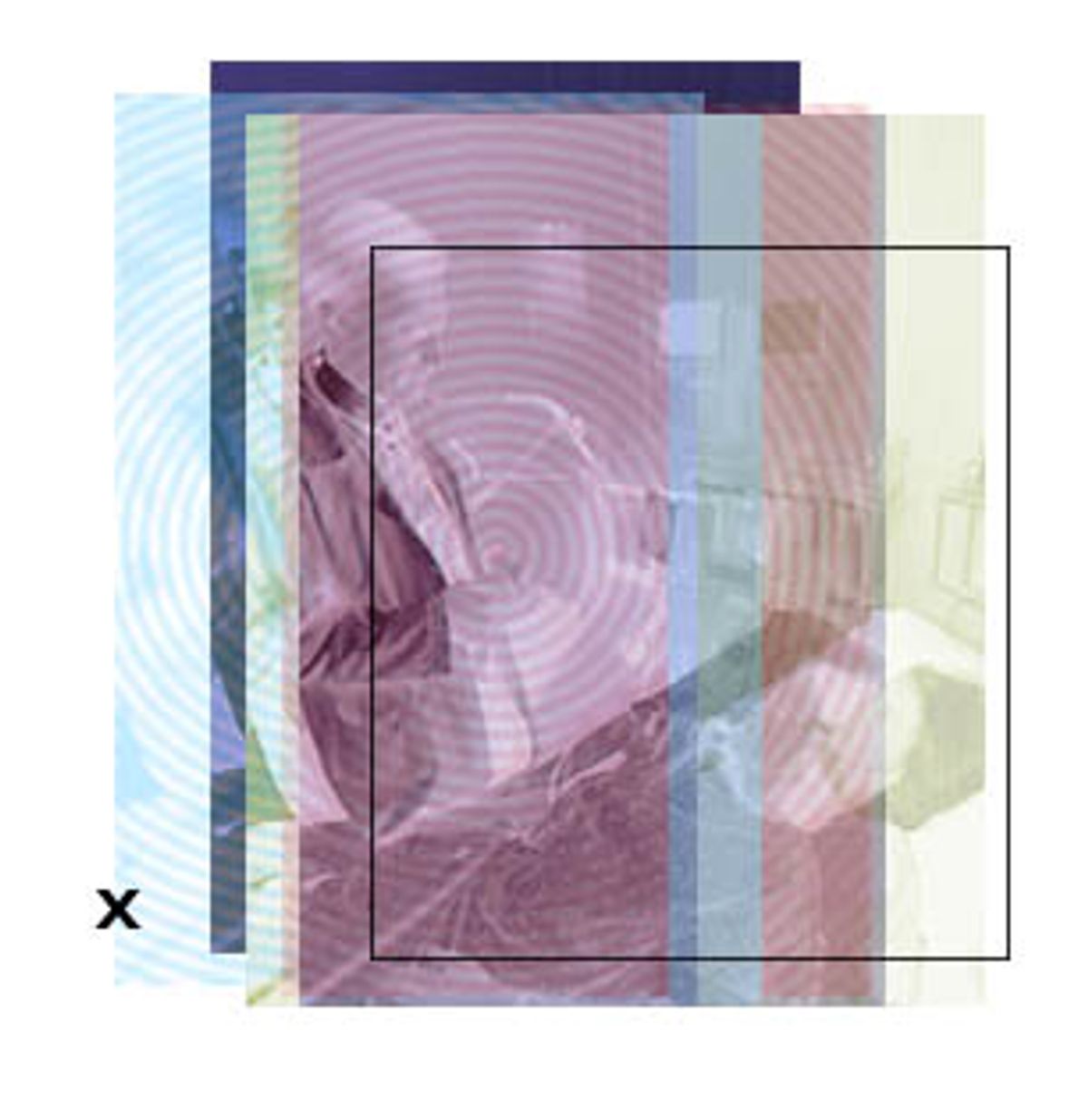 We knew Mrs. Appel had at least two liters of fluid in her lung, a result of the pneumonia that had forced her into the hospital. So where were they? In one final attempt to remove the fluid and ease my patient's breathing, I pulled back the syringe plunger as hard as I could. However, no yellow liquid came out through the tubing like it was supposed to. My intern watched and finally instructed me to remove the plastic tubing from the lung of the 76-year-old woman. As it came out, I noticed the very end of the tube was slightly frayed.

We met up with my resident in the radiology room and described our failure to extract much fluid. He apologized for not being there with us, but another patient had needed him. Within minutes the technician emerged from the darkroom with our post-procedure X-ray: Indeed, the right lung was just as full of fluid as before. The left lung, however, was clear -- except for six centimeters of plastic tubing. It must have broken off during the procedure.

Even a second-year medical student such as I was could see that not only had I tapped the wrong lung, but I'd also left an irretrievable foreign body inside my patient as testimony to my mistake. I thought I was going to vomit.

As I looked at the X-ray and the startled faces of my superiors, my first thought was "Poor Mrs. Appel." This was silently followed by "I hope this wasn't my fault" and then "We don't have to tell anyone about this, do we?"

Apparently we did. Of course, as a student, I feared for what this would do to my grade. But far scarier than this was that after working so hard and doing so well up to that point, I didn't want the other doctors, whom I truly liked and respected, to end up remembering me for this one, albeit large, blunder. After all, they had respected my medical ability up to this point -- the last thing I wanted to do was risk losing that.

Looking back, I can't honestly remember which was harder: telling frail old Mrs. Appel, exhausted from both her recent procedure and the pneumonia that had caused it, that we had to do it all over again the next day because I had screwed up; or telling my irate attending the same thing. I knew it was only right that the patient be told what had happened. I also knew that I had no choice; my attending would find out later anyway, when he saw the X-ray. Nevertheless, it broke my heart to do both.

It's well-known that mistakes occur in the hospital. Some of these are preventable. Now a newly released study by the Institute of Medicine shows the consequences of these mistakes. Each year, the report claims, between 44,000 and 98,000 hospitalized patients are killed.

One proposal to prevent these gaffes in judgment is to create a Federal Center for Patient Safety. This would involve, among other things, having doctors voluntarily come forward and admit when they make a mistake.

Although I applaud the intentions, I have to wonder whether it's feasible. I just don't know if doctors would come forward. Part of the reason may be because of a "culture of secrecy," which the report says exists behind the walls of hospitals and clinics. But this culture of secrecy is less clandestine than the way it's portrayed -- sometimes we don't air our mistakes because we have already learned from them, and not much can be gained by a formal discussion.

Of course, there is secrecy within any profession. It's no more common to hear lawyers talking at length about their blunders, or investment bankers going on and on about all their miscalculations. But when it happens in medicine, the stakes are higher. These silent mistakes can sometimes be a matter of life and death.

It was only the third day of my residency when I found myself in charge of handling all the dermatology consults for the hospital. A long day was promising to go longer; we still had two more patients to see on our afternoon rounds.

"Take two biopsies: one for pathology, one for immunofluorescence," my attending told me. Satisfied that I could handle these simple instructions, she began to walk away. I'd already asked enough questions for a month, it was late and everyone was tired. Two biopsies. How hard could that be?

I stood at the bedside, needle in hand, and explained to the 87-year-old man covered with strange red bumps that I needed to use a tiny cookie-cutter to take a couple samples of skin, and that the only pain would be when I injected the numbing medicine. Ten minutes later, I was done. His only relief came in knowing that he wouldn't have to go through it again.

How was I to know that skin samples sent for immunofluorescence -- a special stain used to diagnose certain diseases under the microscope -- were supposed to be placed in saline, rather than the usual formalin?

The odds of the immunofluorescence actually giving us our diagnosis were, my attending admitted, fairly low. So I found myself with several options: I could wait for the pathology diagnosis to come back, and then tell my attending that the immunofluorescence coincided with that result, which it almost certainly would; I could fish the ruined specimen out of the formalin and put it in saline, and then blame the lab for not performing the test correctly; or I could even discard the incorrectly bottled specimen and blame the nameless, faceless "transport system" for our eventual lack of results. It wouldn't be the first time a physician would use these excuses, and it most certainly wouldn't be the last. I decided to not say anything at all.

Nevertheless, 40 minutes later, I was at the whimpering patient's bedside, taking out the cookie-cutter again. Unless my attending went back to count the Band-Aids, though, she would never know.

There are so many pressures that keep doctors from coming forward voluntarily with their errors. The creation of another bureaucracy would only further encourage this secretive behavior. Even getting into medical school is a competitive process, and as a result, the field is saturated with people who don't like to admit they're wrong or discuss their shortcomings. And no matter how many times they're told that their name will be kept anonymous in connection with reported clinical errors, somehow, doctors still tend not to trust outside agencies, especially the government. And who's to say that a physician who reports one too many mistakes won't lose his livelihood? He knows better than anyone that unlike any other profession, if you lose your job in medicine, you're finished. Forever.

While on my gynecology rotation as a second-year med student, my favorite resident was preparing to graduate and start her own private practice. She'd done dozens of hysterectomies over the previous year alone. Yet all her experience couldn't prevent her hand from slipping just a fraction of an inch, pushing the razor-sharp blade into the patient's ureter, the tiny vessel that carries the urine from the kidney to the bladder.

The ureter belonged to an elderly woman with cancer, who would not have lived much longer regardless. But the extra two hours of anesthesia and mechanical respiration required while repairing the damage was too much for her and, eventually unable to get enough oxygen to her brain and other tissues, she died.

This was an honest mistake: The ureter is located right in the middle of the surgical area and is very hard to find. Every doctor knows this. Furthermore, every doctor knows that sometimes, no matter how hard everybody tries, the vessel will still get nicked. What good would reporting this accident have done? Who would have learned anything from it?

I urged my resident to put it behind her, told her there was nothing else she could do. Then my gynecology rotation ended two weeks later. I'm still not sure whether she has ever forgiven herself.

Most doctors go into medicine, on some level, to help others. However, most doctors are also rational people. Yes, they don't want to lose their livelihood and source of income. Yes, they don't like to be wrong. But when they make a mistake, most doctors know that they've erred, have learned from it, already feel terrible enough about it, and can't do anything to change what they did. Why should they then go around discussing it?

Of course, one answer to this question is that lifting the shroud of silence would allow those doctors too intimidated by its tradition to finally relieve themselves of the burden of carrying around past mistakes. An environment in which failure can be openly and honestly discussed would allow people to get the guilt off their shoulders of events long past.

And the truth is, patients do die because of mistakes made in the hospital. These mistakes are made, at one point or another, by everyone. Nobody doubts that these people are trying their best, sincerely doing everything they can for their patients. But every great once in a while, something happens, and once it has, the terrible results cannot be undone. The number of deaths reported by the Institute for Medicine is tragic, and I do believe that something should be done to shrink that number, to save more lives.

But I'm not sure that the answer lies in having to tell the whole world that you misplaced a skin sample, or sliced a ureter. The culture of secrecy is there for a reason. When dealing with people's lives in a field that focuses almost exclusively on what you do wrong and not what you do right, it's hard enough to accept that you might have made a mistake, let alone know that your colleagues and perhaps the world at large are judging you as well.

In my short medical career, I don't think I've ever met a doctor who didn't have a story of some type about a mistake gone unnoticed. Nor do I think I know one who doesn't still carry it around inside today.