Ripped from the headlines

New mysteries are lifting their plots out of the newspapers. And that's not a bad thing. 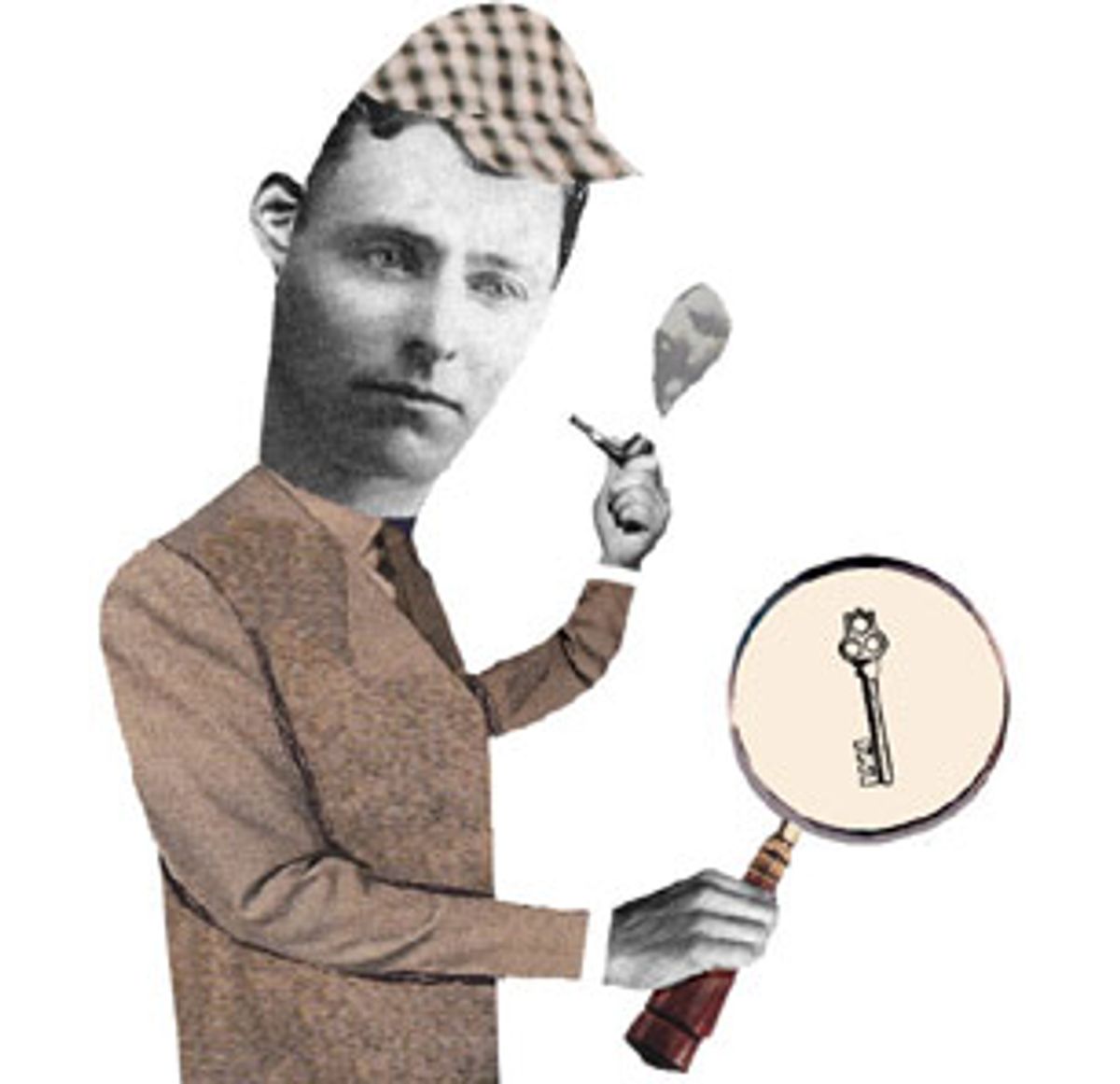 Fictional works based on real-life causes cilhbres are nothing new, but fiction-nonfiction cross-pollination is particularly abundant these days. The much admired television show "Law and Order" has created years' worth of plots "ripped from the headlines" -- some are so transparent I wonder how the producers can use the fictional disclaimer at the end with a straight face. At first I found the show's swerving in and out of real-life elements disconcerting, and I was annoyed at what I took to be the writers' laziness in not thinking up their own stories. But soon, I too felt the tug that the anchor of reality provides. Now I plan my Wednesday evenings around the show. (Not that there still aren't some bafflers. Remember the one based on Hugh Grant's being caught with his pants down, only he's given a wife who then kills the prostitute? As if there weren't any other prostitutes in the world?)

R.D. Zimmerman's new mystery novel, "Innuendo," deals with the possible homosexuality of a very big, very married movie star. Even I, as sketchily informed as I am about such matters, had no trouble figuring out which Hollywood actor inspired the portrait. The murder of a gay runaway is thrown in to provide the narrative.

"Innuendo" is the latest installment in Zimmerman's Todd Mills series. Mills is a formerly closeted, now proudly gay investigative reporter for a TV station in Minneapolis. The movie star, Tim Chase, is in town to film a movie about AIDS after suing a tabloid over allegations that he had abandoned a longstanding gay lover and winning $8.5 million, thus "vindicating" his sexuality, according to a spokesperson.

The book's prologue, in which the victim, post coitus, stares "into the eyes of the stunning man who'd just taken him to the stars and back," is not overly promising. And too much of the beginning is devoted to showing how any of the male characters could be the killer -- the star, Mills' new cop boyfriend and a number of others. At first the plot threatens to remain a simple eeny-meeny-miny-mo. But it does eventually thicken, and the solution manages to be a neat twist on the very contemporary themes of outing and coverup.

When you read the book, it is hard not to picture the actual man Chase is loosely based on. In this way, Zimmerman is both outing him and expressing sympathy for his fear of outing, a kind of irony that ends up being not a whole lot more complicated than a story in People magazine. Like that magazine, the book would be far less interesting if it were less timely, but so what? Just don't wait 10 years to read it.

Last month, a New York Times article called "A Changing South Revisits Its Unsolved Racial Killings" included a discussion of the little-known car bombing of Wharlest Jackson in Natchez, Miss., which is clearly the inspiration for Greg Iles' new mystery, "The Quiet Game." The novel's hero, Penn Cage, sounds suspiciously like a mint-julep version of Scott Turow -- a prosecutor turned writer of bestselling legal thrillers, one of which is called "Presumed Guilty." Cage returns to his hometown of Natchez and discusses the 25-year-old unsolved murder of a black Korean war vet with a comely young newspaper publisher. (The real-life murder took place in '67, but Iles changes the date to coincide with the surge of support for Bobby Kennedy in the '68 presidential race. That's a hint of the many far-reaching complications to come.)

When the newspaper runs an article on Cage's remarks, everyone assumes that he has started his own investigation, which of course he eventually does. The book starts very slowly, with a lot of different characters and quandaries to introduce -- an unusually large number for a mystery -- and Iles is not good at catching a reader's interest in any low-key way. It's enough to make you suspect that at the heart of any mystery there's a very bad conventional novel struggling to get out.

But Iles is quite good -- if a bit redundant -- when the action picks up. Where earlier you felt forced to trudge and trudge across a sodden field, you are now flying head over heels down a steep slope, words slipping past you, over and under, around and about. Characters pop in and out; possible explanations come into focus, blur, then come back into focus; facts repeatedly regroup. What actually may be struggling to get out here is a book that's about a hundred pages shorter.

Fictional rewrites of true-to-life situations pose obvious difficulties. For one thing, it's easy to lose the suspense. The "Innuendo" twist is a fair answer to the problem of how to provide the requisite surprise at the end of a relatively well-traveled path. "The Quiet Game," however, is another matter. The real Natchez murder is still officially unsolved, but there has never been any doubt that it was racially motivated. Iles' little sleight of hand makes race play only an indirect role in the killing. This solution is not surprising, only annoying; to leave race on the front burner would not have changed the plot complications a bit -- believe me, I'm giving nothing away -- and it seems sacrilegious to rewrite history this way. Wharlest Jackson, after all, was a real martyr to a real cause, and to minimize that martyrdom, even in part, is simply not an interesting turn of the screw.

A footnote: These two media-savvy authors expect a similar level of saturation in their readers. Both briefly offer up a possible parent-child incest scenario; Iles, the more flat-footed, even refers to "Chinatown," while Cage talks himself into the theory. But such incest has so saturated popular culture that it is now nothing more than another expectation to overturn, and both writers have fun teasing us with it.

One of the least satisfying entries in "The Best American Mystery Stories 1999" is the most topical: Joseph Hansen's "Survival," in which a private investigator reminiscent of the precancerous Marlboro Man stumbles upon a white supremacist group living in the woods of Northern California. There are no surprises, just a contrast between what is supposed to be a "real" Westerner and these narrow-minded zealots.

But most of the stories in this collection, which was guest-edited by police proceduralist Ed McBain, are very fine indeed. I have always liked short mystery stories for their purity: At their best, they are distilled plot. A standout here is Tom Franklin's "Poachers." In this thick slice of Southern Gothic, the brooding gloom of the woods never obscures the narrative itself. I didn't even mind the graduates of the Elmore Leonard School for Hip Hit Men who populate Lawrence Block's "Heller's Last Refuge," Jeffrey Deaver's "Wrong Time, Wrong Place" and Victor Gischler's "Hitting Rufus" -- though these characters are so articulate, levelheaded and genial that it's hard to imagine mystery stories based any less on real life.