The unbearable lightness of Schwarzenegger

Film critics struggle to review "The End of Days" and still retain their indie cred. Plus: The AIDS crisis in Africa and one writer's desperate attempt to get a job at Maxim. 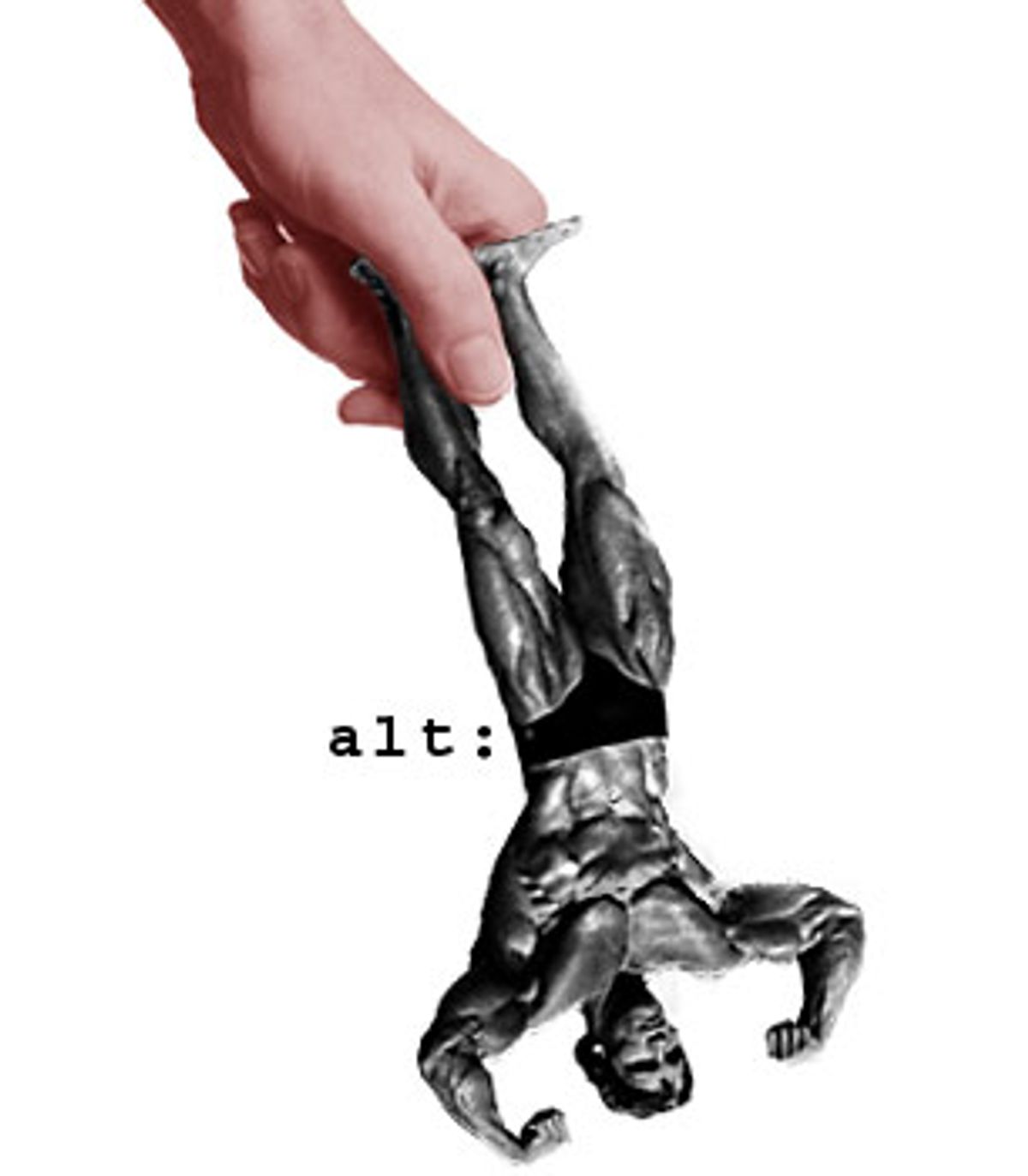 I do not envy film critics. Certainly, they have the distinct pleasure of viewing movies for free, days and weeks before everyone else sees them. But they also have to spend countless hours paying close attention to the worst crap spewing out of Hollywood studios. For hired snobs, it must be perverse torture.

Take the new Arnold Schwarzenegger vehicle, "End of Days." Any cognizant being could see from the previews that one word, and one word only, could describe the film and its content: "crap." But of course that doesn't get critics off the hook.

The agreeable took the easy way out and described the film as -- and I sum up -- "A rollicking, action packed, apocalyptic hootenanny!" That's fine if you're writing to endear yourself to the L.A. film publicists. Commentators who wish to maintain their indie street cred must resort to either seething disdain, stand-up comedy or some amusing combination of the two.

"A young woman (Robin Tunney of 'The Craft' in a woefully underwritten role) is the chosen bride of ... (say it like Dana Carvey's Church Lady) SATAN! If he has her during the hour immediately preceding the millennial midnight, 'the world as we know it will cease to be.' So sayeth Rod Steiger ..." (The Hartford Advocate)

"The days when the popular culture rather generously made a home for this hydrant-headed dummkopf are coming to an end. Indeed, 'End of Days' is Arnold's idea of stretching, playing a vodka-chugging security guard whose alcoholism hasn't interfered with his round-the-clock (and unreferenced, but c'mon) weight training ..." (The Village Voice)

"In his endearingly heavy-handed way, Arnold saves the world, again and again, from predators and interlopers, leaving behind more corpses than a cholera epidemic." (Metro Times, Detroit)

"Director Peter Hyams doesn't get enough credit as a satirist (the Jean Claude Van Damme vehicle 'Sudden Death' is utterly hilarious, though too many people took it 'seriously'), but here he does it again. The smart aleck villain, the tortured hero, the wacky sidekick (Kevin Pollak), the sexy girl literally overcoming her demons, Rod Steiger as a crazy priest, the pope in a wheelchair, a dead guy on the ceiling -- 'End of Days' has it all." (The Stranger (Seattle))

"Satan, as everyone knows, lives in New York and is a really good kisser. He's so good at it that he can just start kissing anyone he wants and they immediately get into it. Satan is kinda like David Hasselhof's idea of himself." (Tucson Weekly)

"Nobody in the film seems to have any awareness that the name Thomas Aquinas already has some currency in religious circles, so when Schwarzenegger asks people 'Do you know Thomas Aquinas?' they never start quoting the 'Summa Contra Gentiles'; instead they always just say 'You mean that crazy priest?'" (Tuscon Weekly)

"Let's stop right here and dwell for a moment on the concept of a Mephistopheles who only rises to the surface every 1,000 years (as the script tells us), yet can't find a better vessel than Gabriel Byrne." (Orlando Weekly)

"A cosmos whose driving force of malevolence can be outwitted by Arnold Schwarzenegger is a safer haven than we ever suspected." (Minneapolis/St. Paul City Pages)

"Yep, it's the end of something all right." (In Pittsburgh Weekly)

How to feel about it

"The world needs another tale of millennial apocalypse brought on by Satan like we need paper cuts in the ocean." (Anchorage Press)

"Just think of it as a really rousing remake of 'The Muppets Take Manhattan' and I think your low expectations will pay off in sheer cinematic fun." (Tucson Weekly)

"By the finale, you won't care whether Arnold saves the world or not, because burning in hell might be a better option than seeing another film by Schwarzenegger or Hyams." (Willamette Week)

"A mania for tights (Or, How to make The Nutcracker live up to its name.)" by Frankie Ghee

"The Nutcracker" presents critics with a terrible conundrum. Dis it and face a gaping hole where once ballet ads were. Praise it, and never be taken seriously again. Seattle Weekly columnist Frankie Ghee takes a new approach, suggesting a WWF-"Nutcracker" crossover event. It would at once enrich ballet's coffers and lend some much-needed sophistication to pro wrestling. Now that's what I call fun for the whole family.

"Do You Believe in Life After Love?" by Eric Gillin

Eric Gillin, a writer at TheStreet.com, has dreams -- namely of writing punchy prose about beer, breasts and gadgets for Maxim. His personal account of his application process at that magazine to fulfill those dreams is a wonderful read, and between the one-liners and drunken bouts there's some interesting insight into the overrated world of New York publishing. In this, the last of his four-part saga, ambitious youngster Gillin learns his fate.

Green, by the way, started several years back as a zine that addressed financial issues in terms those of us without M.B.A.s could comprehend. Under the leadership of its founding editor Ken Kurson, it is improving steadily without sacrificing any of its unique character.

"An Instant Family" by John Sugg

For those of you who embrace the feel-good, family, love, "most wonderful time of the year" theory of the holidays, John Sugg writes this eloquent essay on adoption. Sugg and his wife recently adopted five children at once -- this after decades of coupledom. Heartwarming or stupid? You decide.

"AIDS: The Agony of Africa" by Mark Schoofs

Mark Schoofs continues his six-part series on the AIDS epidemic in Africa with a look at how the submissive sexual role many women on the continent are forced to take has led to the increased spread of the sexually transmitted virus. The Voice deserves high praise for publishing this challenging and important series, all of which is worth reading.

"Gearing Up for Winter" by Jeff Seaton

New sick trend alert! Snow biking -- that is, riding a bike down ski slopes -- is the NEW BIG THING. Quick! Someone call MTV! Get Daisy Fuentes on this immediately!

The riots in Seattle have stolen headlines for the past week, and I don't wish to add much to the glut of information already at your disposal concerning the World Trade Organization and its excitable critics. However, if you are searching for the alt. weekly perspective on all things tear gas, the Seattle Weekly has published more articles than you could ever hope for on the topic. For slightly less rousing commentary, the Willamette Week published a lengthy round-table discussion of the conference in its venerable pages.