All I ever needed to know about the system, I learned in Spanish-language traffic school. 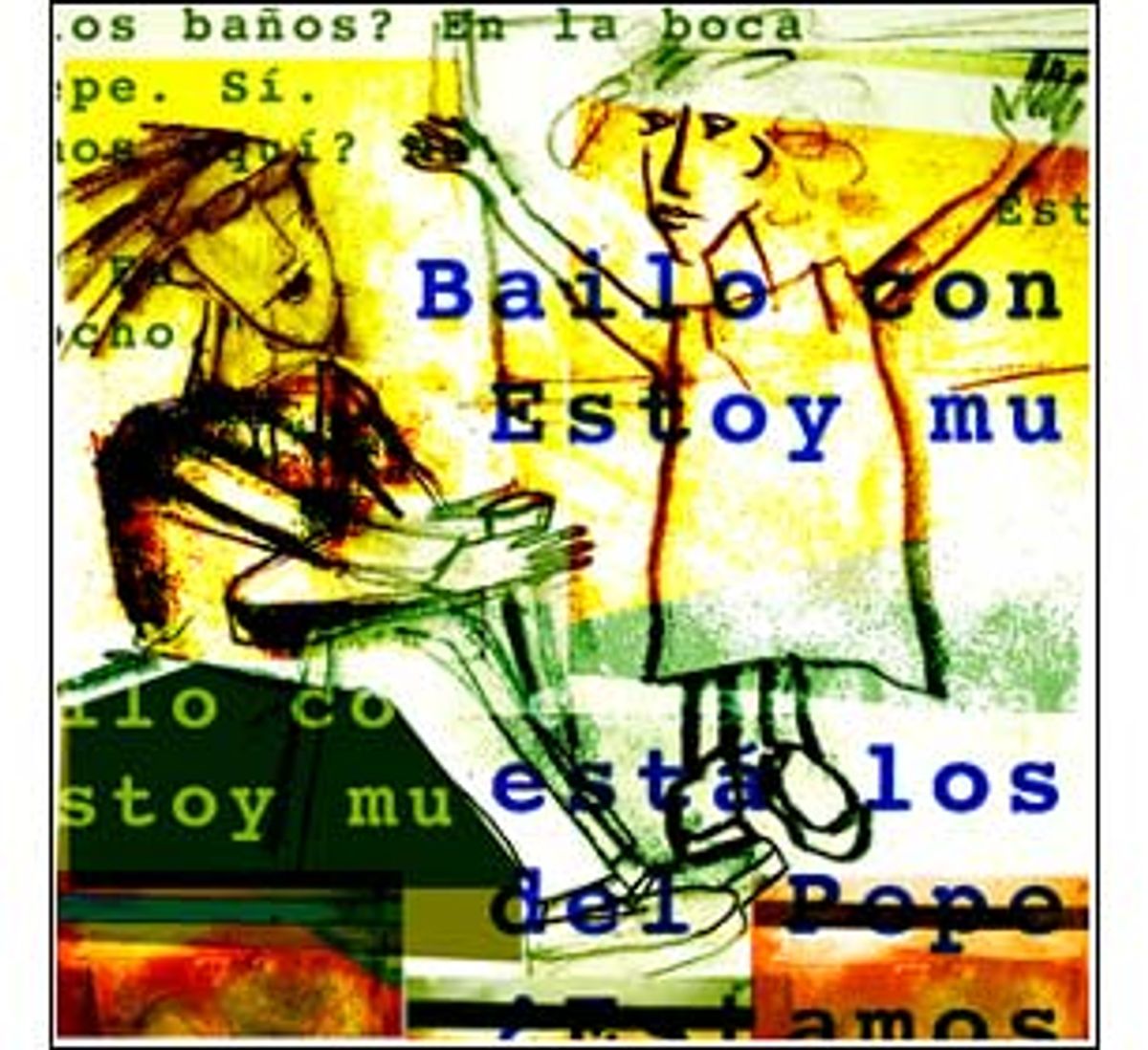 The letter arrived on my desk Saturday afternoon, but I didn't get around to opening it until after midnight. It was from the Santa Clara County Municipal Court District. Although the actual text has been lost, the general tone of it went something like this:

The date for completion of traffic school has passed. In truth, we don't give a fuck about the points on your record or the increase in your insurance. To us, you're just another zit on the ass of decent society. But in a Christ-like gesture of mercy, we're giving you one last chance. If evidence of completion of the course is not firmly in our claws by noon Monday, your fees will be forfeited, the case will be closed, the DMV will be notified of the conviction, and the next time you come to Santa Clara County, we will throw your insubordinate little ass in the cooler until you rot. Do you understand? Rot!

Hmmm. Traffic school on Sunday. I immediately began to work the phones and the Web for a traffic school offering driver's improvement courses on the Lord's Day. Once on the Net, I quickly found such a course -- in Juneau, Alaska.

Perhaps, I thought, I should stick to the local yellow pages. And after more than 23 unsuccessful calls, I finally found a course being offered down in the Mission District here in San Francisco. After I spoke with the woman on the phone, two things stuck out about the course. First, it was being held in the back room of a bar called El Gordo Loco. Second, it was going to be taught in Spanish.

Now I'm as Anglo as they come. But what the hell? I had a couple of semesters of high school Espaqol under my belt, and besides, I didn't really need to understand what was being taught. All that was required by the Santa Clara authorities was that my reckless ass sit in a state-approved seat for at least eight hours, and that I get at least 60 percent correct on a multiple-guess test. No problema. I signed up.

Sunday morning at 9, I found the bar easily enough, but the place was deserted and locked up tight. So I played dice on the sidewalk with a wino named Manu for about 10 minutes, until a car pulled up and parked in a reserved space.

She unlocked the door to the bar and I followed her in and headed for the back room. After about 10 minutes of awkward silence, no other students had shown up.

"Sí," she said mournfully. She introduced herself as Lupita. "So, why are you taking the class in Spanish? You don't look like you speak Spanish."

I tried my best to explain to her that this class was my only option due to temporal necessity. Since I was the only one here, I said, could she please give it to me in English?

I may as well have asked her for a hand job and a small loan.

"Oh, no. The DMV requires that this class be in Spanish."

"But I don't speak Spanish."

"Then you should come back Wednesday for English."

"But I only have until Monday. Tomorrow! Look," I said, "I don't see why you can't just teach me in English. There's no one else here: just me and you."

"HE'S NOT HERE! It's just us, and that pile of shitty laminated color copies of traffic signs, and a bar with all the stools up on the tables!"

"If he comes in," I said, "just start talking in Spanish, and I'll just nod and smile. I don't care. As long as I can sit here for eight hours and take the damn test. I must pass this class!"

Finally she relented. She would give me the course in English, as long as I promised not to ever tell anybody, and as long as the DMV guy didn't come in.

So things were going just great for a good 20 minutes or so, until guess who showed up: Yup.

The odds were pretty good, it turns out. These schools are supposed to be inspected every three months, but somehow this one had escaped governmental scrutiny for well over a year. Until, of course, the day I showed up.

If there was a bright side to this, it was that the inspector was from Wisconsin and knew even less Spanish than I did.

So there we were: Lupita happily chattering away, me nodding and smiling like a nebbish, and this DMV guy, who somehow wasn't figuring out that something was drastically wrong.

Lupita soon caught on that I had retained a fair amount of vocabulary from my high school days and could string silly but realistic-sounding phrases together.

So I nodded and smiled and stroked my chin pensively, occasionally interjecting things like "Camino con Jesus!"

At one point she asked a question, and I managed to put together what probably sounded like a monologue if you didn't know any better:

During our breaks, Lupita and the DMV guy stayed in the back room interrogating each other, while I put away as many shots of Herradura as I could in the time allotted. Believe it or not, my Spanish improved exponentially with every tequila shot.

"Viva la Raza," I roared as I handed in my test at the end of the day.

Even the test had been in Spanish, but choosing all B's landed me an impressive 71 percent, 11 percent over what was required.

Yup. I win. The case was dismissed. And the system can kiss my pucker.

Jayson Gallaway is a writer in San Francisco.