An enigmatic encounter with a would-be African terrorist leaves an expatriate wondering about truth and faith. 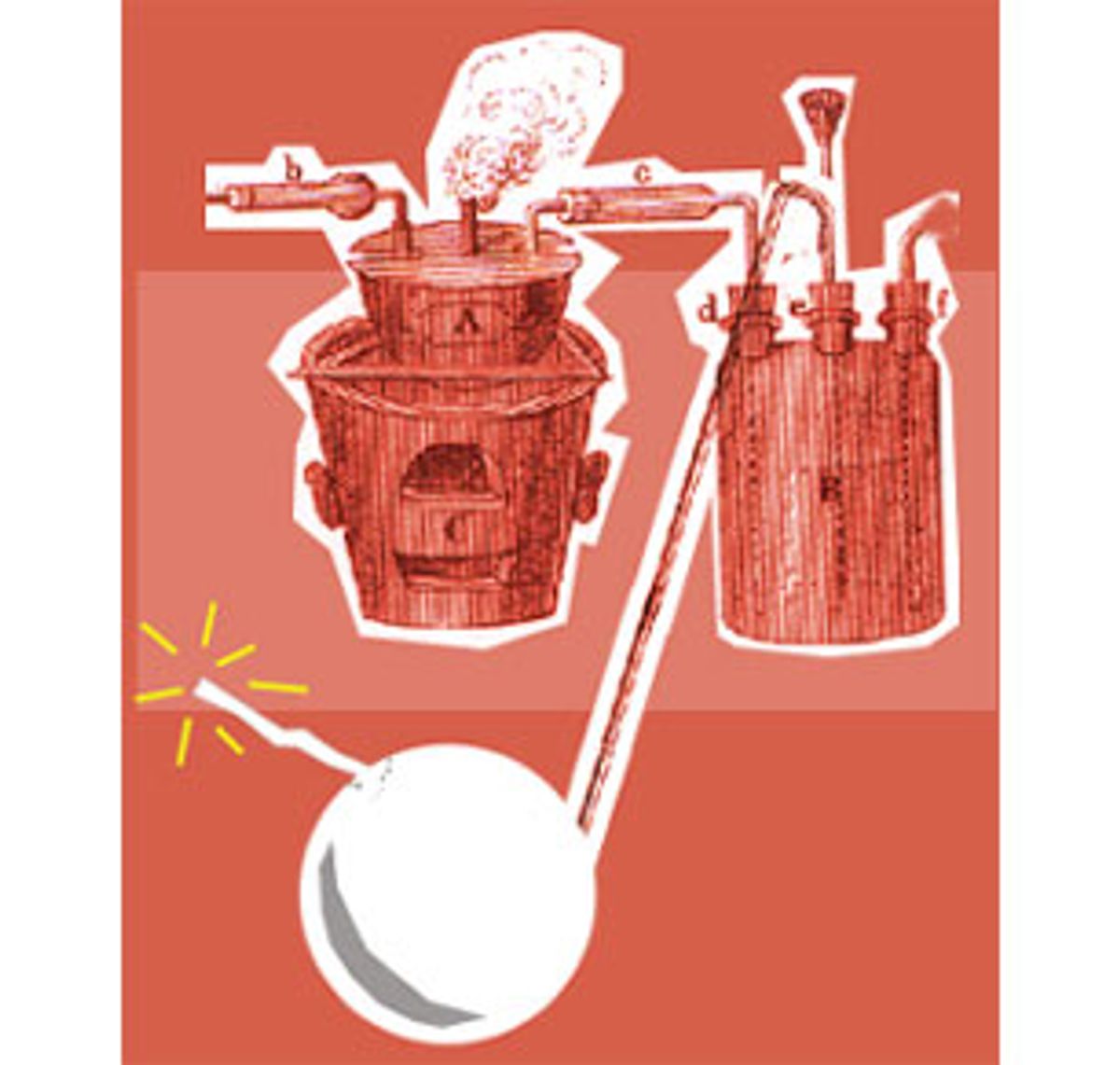 I had to get away.

After a week of traveling through Tanzania with my parents and two
brothers, my patience had reached its last reserves. We'd spent three
days on safari and two days in Arusha -- the town where I lived and taught
English -- and were now in Zanzibar, where the smell of cloves drifted
through our hotel window.

I needed to get out and be alone, so I climbed down the uneven stairs
of our hotel, passed under the low arches and stepped into
Stone Town. As I walked through the narrow streets, cars and bicycles raced
past me, horns blaring and bells ringing. I waded through armies of
aspiring young tour guides with their inquiries: "East Coast?" "Spice
tour?" "Change money?"

I headed toward the sea and soon found a quiet spot where a staircase
led down to the water's edge. The lower steps had been worn away, and
the waves rolled under those left hanging and exploded in the cave
underneath. Each wave sent a spray of white surf back into the air. I
sat dry and aloof.

Down the shore a little, two old men stood with fishing lines in the
water. When I sat down, they stopped their conversation and looked over at me, then resumed talking.

Alone, I stared out at the scattered dhows, wooden boats with ancient
sails pointed across the water like arrows.

"Do you mind if I talk with you?" I turned to see a young man
approaching cautiously. He couldn't have been more than 18, was
slightly built and wore nice tan pants with a white button-down shirt.

He sat on the step next to me. I waited for him to ask if I needed
transport or wanted to see the monkeys of Jozani Forest, but he didn't.
Instead he asked where I was from and what I was doing. I told him, and
asked the same.

His name was Ahmed, and he was on his way home to Pemba, the Tanzanian
island north of Zanzibar. His mother, he said, was a doctor and his
father worked for the Ministry of Education. He had just finished Form
5 at a Muslim school in Morogoro, and was going home for the summer
before his last year. Then he would go to university, where he had great
academic ambitions. He wanted three degrees: biology, physics and
chemistry. Ahmed wanted badly to exceed the achievements of his
parents.

"You mean to take tourists to the East Coast?"

He looked disappointed. "No, guidi means ... in Swahili ..." He
struggled for the words. "You don't know guidi in English?" he asked.

"You know ... how do you say? ..." He went into a lengthy explanation,
half in English, half in Swahili, about what I understood to be the
person who goes into a house first, in secret, to throw bombs. I told
him I understood, but wasn't sure what the word was in English.

"Where do you want to do this?" I asked.

"In Palestine," he said.

"You want to throw bombs at Israelis?"

"No." He seemed reluctant, and went into another long explanation.
First, he said, he wanted to study to get his three degrees and then go
to one of the Hamas schools to learn how to construct bombs. He
explained this with no trace of bitterness, but rather with the innocence of
a boy describing his dream to be a fireman.

"I want to be the one who makes the bombs," he said.

I wasn't sure what to say, and a silence ensued, which I finally
broke. "That must be a hard job."

The point was not lost. "Many people of Zanzibar," he said, "they want
to go to England or Denmark to get a good life."

"Because," he looked out across the water, "I have never faced it."

The waves crashed beneath us, exploding out into the surf. The sun
grew red as it sank toward the horizon and tourists from the balcony of
a nearby hotel grew louder and more obnoxious.

As we sat in silence watching the water and the dhows, I wondered what
it was, exactly, that made him so sure he wanted to go a place he'd
never been and make bombs for throwing at people he'd never met.

The more I thought about the question, the more it puzzled me. Ahmed
was confident and polite, a boy to have over for dinner. He didn't look
like a bomber, a terrorist. He certainly didn't
want to kill me, but just to chat in the lonely interval while he waited to
go home. Yet his belief in the politics of violence, rooted in a faith
in the Koran, seemed unshakable.

Waves crashed under us in the growing pause. Questions rolled through
my mind and since neither of us seemed to feel threatened by the other,
I decided to ask one.

"So," I said casually, "how do you know the Koran is the truth?"

"If you read it, you can see: There is the truth."

"What about the Bible?"

"The Bible is also truth, but the Koran is more truth," he said.

"Ah," he waved a hand dismissively toward the water, "because, you see,
everyone has their different Bible. Everywhere you go, it is all
different. But the Koran, it is all the same, each and every one." He
held out two fists triumphantly. "The Koran is much stronger."

I appealed to his scientific side. "You know how in chemistry, when
you have an experiment, you can't know something until you have the
proof. What is the proof that the Koran is the truth?"

"Ah haa," he said, finally seeing what I meant. He told a parable
about a light bulb and a dark room -- something about not knowing you are
in darkness until you see light. It was a sort of paradox designed to
make the head spin in revelation.

When my head did not spin, Ahmed looked perplexed and a little
frustrated. "You will never see until you read the Koran yourself," he
said.

"That's possible," I admitted, and in silence, we watched the sun sink
below the sea.

"OK," he announced in a mixture of proclamation and plea, "I want to
go now." I told him I had to leave, too. We both rose, turned our backs
to the sea and walked partway down the road together.

At a crossroad, we exchanged invitations to each other's homes, as
Tanzanians always do, and said a cordial goodbye. I went one way down
the road and Ahmed the other. After walking a little, I turned around
to look, just as he did the same, and our eyes met briefly before we
both turned back and continued on our way.

Frank Bures is author of “The Geography of Madness.” His work has appeared in "The Best American Travel Writing" and won other awards. He lives in Minneapolis with his wife and two daughters.