The latest digital music players let you play MP3s on your home stereo, in your car or on the run -- but are they any good? 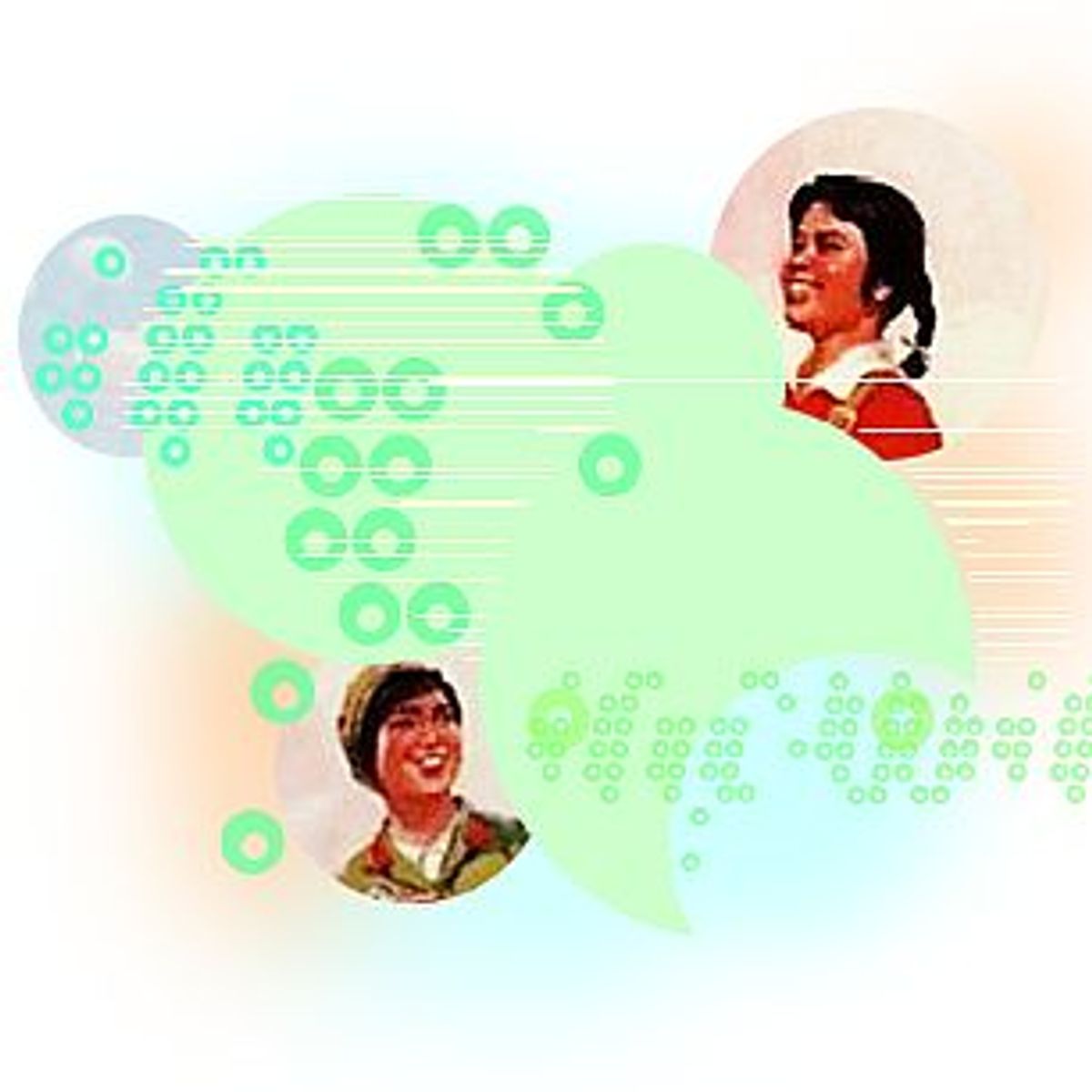 A year ago, the music world was rocked by the release of the Diamond Rio 300, the first widely distributed portable MP3 player to hit the consumer market. While it cost more than $200 for a mere 32 MB of storage, the Walkman-like Rio was a first-generation product that showed promise but lacked real practicality. Sure, you could download up to an hour of music and take it with you, but then you'd have to return to your computer to get more tunes.

This year, the Rio is just one of a flood of MP3 hardware products that have hit the market in the wake of the big MP3 hype. There are suddenly dozens of nearly identical MP3 devices on the market. I got my hands on as many as I could, looking for those that offer more features than a basic MP3 player. Many were limited in scope, but as a group the second generation of MP3 products is promising.

There are still many fundamental flaws with MP3 music -- one is the simple fact that high-quality music is a memory hog, making it difficult to store large amounts of music on a small portable device. Secondly, most MP3 music is stuck in the computer; whereas consumers want to listen to music wherever they want, whenever they want it. In the perfect digital future, thanks to a seamless integration of smart software, wireless interfaces and portable players, I should be able to listen to MP3s and Internet radio in my car, over my home stereo or while out jogging. Think of it: an infinite amount of digital music available online, streaming wirelessly to wherever you happen to be, on command.

Some of the players I looked at are experimenting with ways to get the music out of your tinny computer speakers and into your stereo or car radio; others are looking at ways to cram up to 80 hours of MP3 music into one little device. I tussled with my PC for two weeks and tested five new MP3 hardware products, to see just how close we are to a pervasive digital music future. The reality still looks a lot like a tangle of wires and glitchy USB connections, but if you squint real hard, you might be able to see the future too.

To start off, I took a look at the latest in portable MP3 players: the diminuitive RioPort Rio 500 ($269), an updated version of the original MP3 player. RioPort, which spun off of Diamond Multimedia earlier this year in order to focus exclusively on MP3 products, has given the Rio 500 a better interface, improved design and construction and, most significantly, 32 MB more memory so that you can store more music. With a new USB port, it's also much easier to use -- just plug the player into the USB port, install the RioPort MP3 organizational software and you're done.

Even the software has been improved to be more intuitive -- it took only three clicks and 20 minutes to "rip" (or encode) a CD into MP3, and a comparable amount of effort to upload that into the player itself. Unfortunately, the Rio 500's main flaw still pervades: because it uses Flash Memory, it can store only 64 MB of music (roughly an hour). If you want to carry more than one album with you at a time, you'll have to invest in more Flash Memory cards; at $60 a pop, this is not a cheap endeavor. Otherwise, plan to troop back to your computer every hour.

The Personal Jukebox from HanGo ($799), when compared with the Rio, is an ugly, awkward stepsister. But this product is all about brains, not beauty: Inside that clunky box is a whopping 81 hours of crystal-clear music. How do they do it? Well, the product is built around an actual 4.86 gigabyte hard drive, designed by Compaq, rather than Flash Memory. Boot the device up and you can feel the hard drive whirring inside; unlike devices using Flash Memory, the Jukebox will occasionally skip if you jostle it too hard.

Using the included software and your USB port, you "rip" your CDs straight into the Jukebox (most other MP3 players require that you store the music on your hard drive before uploading it to the portable player). Once your CDs and MP3s are downloaded into the player -- a simple process with the included software -- you can organize the music into "sets" or listen to one CD at a time, using an intuitive group of scroll keys and an LED display. You can also plug this device straight into your stereo or car radio.

Unfortunately, the Personal Jukebox didn't work with my Compaq due to an incompatibility problem, according to a Hango customer service rep -- but it worked just fine on the second computer I attempted. Still, I would die to own one of these things ... if only it were a little more affordable.

The X-10 MP3 Anywhere ($69.99) is a kind of cobbled-together product, based on this company's extensive home-environment control system, which lets you broadcast MP3s straight to your stereo. It doesn't look like much, but it works astoundingly well: Merely plug a wireless "sender" -- a small black plastic box with two antennae -- into your PC's sound card, and attach a "receiver" to the back of any typical stereo. The "sender" is controlled by some rudimentary software that you'll have to download from the X-10 Web site. With this program running, all you have to do is start playing your favorite music or streaming Internet radio stations using any popular MP3 software program, and -- magic! -- the sound will come out of your stereo. (You can also play Real and other digital music formats).

The system works by sending the tunes from your computer via a wireless receiver; the sound quality is terrific as long as you keep the sender and receiver relatively close to each other, and it only takes three minutes to set up. Unfortunately, the MP3 Anywhere kit comes with no instructions whatsoever -- the only way I could figure out how to set the system up was to call the kindly folks at X-10 and let them walk me through it.

The Sonicbox ($50), due for release next month, is built around the same concept as the MP3 Anywhere, but boasts fancier gizmos and gadgetry, including a nifty portable "tuner" that lets you control the music from anywhere in your house. A hockey puck-sized base unit connects to your PC, and sends music via an FM radio transmitter to an unused frequency on your stereo. Then, by turning the knobs on the included imBand Tuner -- a purple plastic remote control, the size of a small keyboard -- you can "dial" up one of more than 800 Internet radio stations.

Sonicbox itself has selected those 800 radio stations, programming the device with Web broadcasts of terrestrial radio stations across the country and also Internet-only radio stations such as NetRadio.com. But you can also program your own radio station, by uploading your MP3 playlists into the Sonicbox software or pointing the software to any streaming Net radio station you like (say, your favorite polka station on Shoutcast).

The product is cheap and limited in its usage, and its flaws are also evident: You'll need a broadband connection, unless you're tolerant of low sound quality and glitchy connections; and you need to be online to listen to the radio. But if you long to listen to hundreds of new radio stations over your pristine stereo speakers, this is a notable choice.

The main purpose of the eGo ($219-$699), according to the materials that come with it, is to pump those MP3 tunes into your car stereo using a traditional CD-cassette adapter. Since several other devices also allow this, it seems silly to pick up an eGo just for this purpose (though the device does include a handy car power adapter, so you don't have to rely on batteries). On the other hand, the eGo has other functions that make it stand out a bit from other MP3 hardware.

Although this device is clunky compared to the Rio -- it resembles an oversized translucent pager -- it also offers more flash memory storage: You can choose versions that store up to 680 MB of music (that extra flash memory, of course, will cost you extra money). You can also download your e-mail from your desktop into the eGo via your USB port, and the device will "read" it to you in a digital voice while you drive; by hitting the "i" button you can dictate responses, which the eGo software will translate into text when you return to your computer.

Unfortunately, I couldn't test out this last feature, due to an annoying series of events that involved faulty USB drivers and glitchy CD-ROMs. In fact, almost every one of these MP3 products was riddled with technical glitches or incompatibilities with my PC -- the driver wouldn't load, the software couldn't read my CD-ROM drive or the device came with the wrong plugs. Spending a few weeks with these devices was like a Zen lesson in learning to master my anger and frustration. (To be fair, it's not entirely the fault of the manufacturers that their products don't work smoothly: Most are trying to add new functionality to somebody else's old technology.)

In fact, as I gazed at the cardboard-and-plastic Tower of Babel on my desktop -- empty boxes, tangles of wires, discarded shrink-wrap and abandoned CD-ROMs -- I realized that each of these products was serving as an interim solution until some smart company comes up with one device that does everything. Someday, we won't need five different MP3 gizmos to service different digital music purposes. Instead, we'll have one MP3 player the size of the Rio, with the memory capacity of the Personal Jukebox, the wireless streaming capabilities of the MP3 Anywhere and a remote tuner like that of the Sonicbox, plus the voice capabilities of the eGo.

That would be a product worth waiting in line for. I just hope someone invents it soon.