"Trials of Intimacy: Love and Loss in the Beecher-Tilton Scandal" by Richard Wightman Fox

A beautifully written book about a sensational 19th-century sex scandal unravels stories wrapped in stories about what really happened. 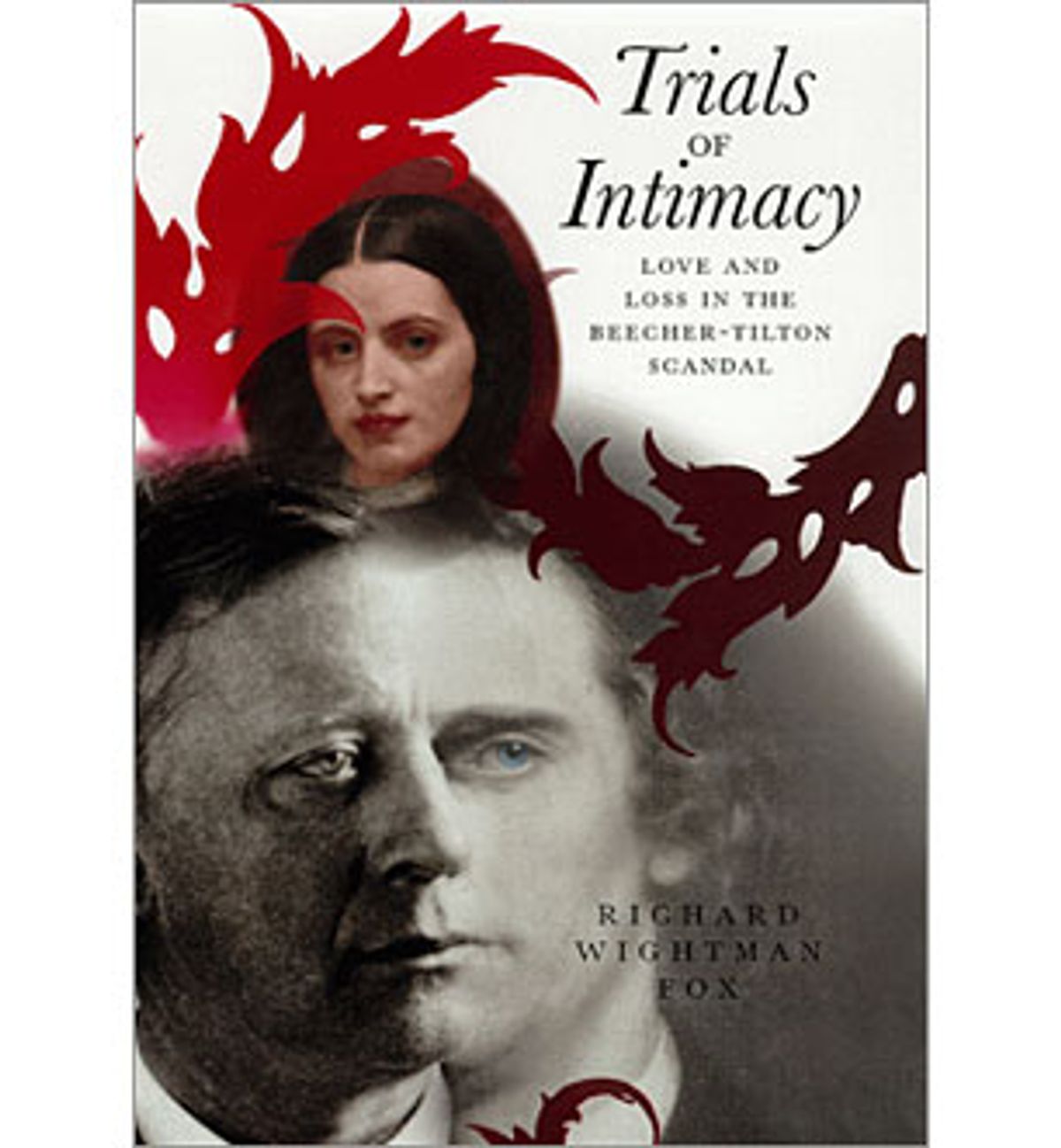 One of the country's greatest communicators, a married man, stands accused of having
his way with a woman young enough to be his daughter. Instead of
confessing, he offers tortured testimony about what sex is and is
not. Though the man is not convicted, his reputation is tarred
forever. The woman withdraws from view but cannot escape public
ridicule.

Sound familiar? It shouldn't, because this trial of the century was a
19th-century case. The year was 1875. The woman was Elizabeth Tilton.
And the accused was the Reverend Henry Ward Beecher, brother of
Harriet Beecher Stowe, pastor of Brooklyn's Plymouth Church and the
nation's most beloved preacher.

The Beecher-Tilton scandal is by no means undiscovered territory for
historians, who have made sport of trashing the not-so-reverend
Beecher for over a century. It is now common knowledge that Beecher
and Tilton had sex (whatever that means). But beating up the dead for
adultery is passi. So historians accuse Beecher instead of the
high crime (or is it a misdemeanor?) of hypocrisy. And they blame the
sentimental Protestantism he championed for paving the way for the
noxious self-absorption of New Age navel-gazing.

Given all that has been written about this scandal, it's hard to
imagine anyone having something new to say about it. But Richard
Wightman Fox does find a new angle: agnosticism. After scouring
thousands of pages of trial testimony and private correspondence, Fox
concludes that there is no way for any honest observer to know for
sure what Tilton and Beecher did together. All we know, he argues, is
that the principals in the scandal told stories wrapped in stories,
and that those tales contradicted each other and changed dramatically
over time.

Fox's method shows both modesty and restraint. He begins by allowing
his characters to tell their own versions of what happened. He then offers a variety of plausible
interpretations of what this "kaleidoscope of stories" might have
meant at the time. In the process, Fox gives the lie to the conceit
that a careful historian can peel back layer after layer of
conflicting testimony to reveal the kernel of truth underneath. In
this telling, it's just stories all the way down.

Although there are elements here of a faddish postmodernism, "Trials
of Intimacy" is really a brief for old-fashioned history in which
evidence matters and the historian's job is to judge that evidence
critically. On at least one occasion, Fox stands up and bangs his
gavel. About the emerging consensus (floated in "Other Powers,"
Barbara Goldsmith's recent biography of suffragist Victoria
Woodhull) that Tilton and Beecher conceived an aborted or miscarried
love child, Fox says bunk, noting that the fetus would have been a
hoary 10-and-a-half months old when it was lost.

Fox has argued before that history is "a factual and a moral
inquiry." And the moral here is that historians should allow the past
to be the past. By insisting that figures like Beecher have something
to say about the New Age (or, for that matter, the Clinton-Lewinsky
mess), Fox says, we rob ourselves of the lessons that real history
has to teach, among them the fact that there are "other ways of being
human" that might actually be preferable to our own.

If the past is a foreign country, then the historian's job is to turn
characters like Tilton and Beecher into foreigners. Fox does just
that by allowing his characters both to "live and breathe in their
historical moment" and to "speak a language strangely different from
our own." But he also makes Tilton and Beecher accessible to us by
translating their Romantic pieties, their Republican politics and
their Victorian social conventions into language we can understand.
That is a tricky task -- making the past familiar enough to be
understood but foreign enough to be itself -- but Fox executes it expertly, whether he is parsing what sentimental
Protestantism has to say about sin or explaining why a straight
gentleman would sit on his equally straight pastor's lap and seal his
profession of devotion with a kiss.

Given his convictions, Fox does not tease out the obvious parallels between Beecher and Clinton, Tilton and Lewinsky. But he does offer this intriguing observation: that in this 1875 scandal we see the gestation of a new America in which "the private infiltrated and colonized the public" and "public discourse ... became increasingly dominated by sensational disclosures or
inventions about private life." To those sensational disclosures Fox adds not a whit. But his beautifully written book adds much to our understanding of love and loss not only in Victorian America but also in our own time.