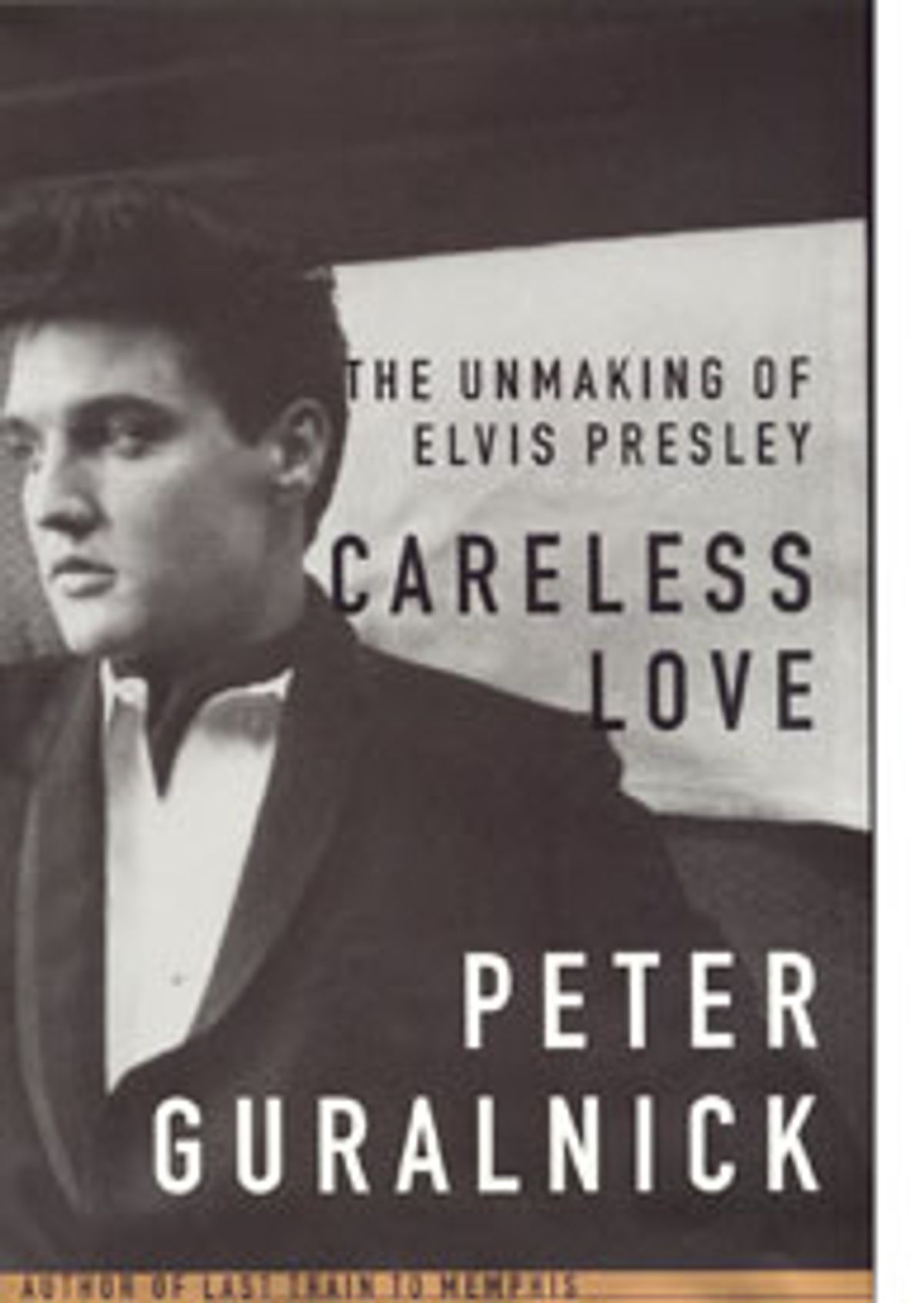 They embarked on the fifth tour of the year just two days later. Ginger insisted on staying home to watch her sister Terry give up her crown as the reigning Miss Tennessee, but she rejoined him in Kansas City on the second night. Even with Ginger present, he seemed utterly exhausted. "In spite of what you may hear or you may read, we're here, and we're healthy, and we're doing what we enjoy doing," he announced to the crowd, but no one observing his pale swollen appearance, the awkward slow-motion manner in which he lurched about the stage, or his overall sense of confusion and self-doubt could have been taken in, no matter how much they might have wanted to believe his protestations. It was equally difficult for anyone on the show to believe they would be filming a television special the following day. More and more the feeling grew that they had set out on a doomed voyage, captainless, rudderless, with no hope of turning back.

The performance in Omaha the next night in front of the CBS cameras exceeded everyone's worst fears. One has only to listen to the complete, undoctored audio recording of the show to understand the panic that seems to have overtaken Elvis. His voice is almost unrecognizable, a small, childlike instrument in which he talks more than sings most of the songs, casts about uncertainly for the melody in others, and is virtually unable to articulate or project. He gives the impression of a man crying out for help when he knows help will not come. And even after more than twenty years it is almost unbearable to listen to or watch, the obliteration not just of beauty but of the memory of beauty, and in its place sheer, stark terror. "It was like he was saying, 'Okay, here I am, I'm dying, fuck it,'" said Tom Hulett, who up to the last minute was still hoping he might pull it off. "I've never seen a backstage area so sad."

Strangely enough, he rallied two nights later in Rapid City, Iowa, on the second night of filming. "I know I was terrible," he said to producers Gary Smith and Dwight Hemion, as if the first show had been an accident that had happened to someone else. He would do better this time, he assured them. And indeed he did. He looked healthier, seemed to have lost a little weight, and sounded better, too. All that Gary Smith was hoping for at this point was to try to capture some of the excitement in the crowd, some of the belief that the fans still placed in Elvis, and this he was able to do. But he got something else as well, something he had not bargained on and that would ultimately prove too raw for network broadcast.

It came at the end of the show when Elvis sat down at the piano and, with Charlie holding a hand mike, launched into "Unchained Melody," the Roy Hamilton number in which he so often seemed to invest every fiber of his being. Hunched over the piano, his face framed in a helmet of blue-black hair from which sweat sheets down over pale, swollen cheeks, Elvis looks like nothing so much as a creature out of a Hollywood monster film -- and yet we are with him all the way as he struggles to achieve grace. It is a moment of what can only be described as grotesque transcendence, and when at the end he signals to Charlie, "I got it," and goes on to complete the song with no help from Charlie or Sherrill Nielsen or any of the other background singers who frequently sustained his notes now in the more difficult passages, the expression on his face, the little-boy sense of relief that he has actually pulled it off, is both entrancing and heartbreaking. And then it is back to the standard finale, the giving out of kisses and scarves and the ritual departure that make up the carefully constructed fagade he has built to wall himself off from everything but the approbation of the crowd.