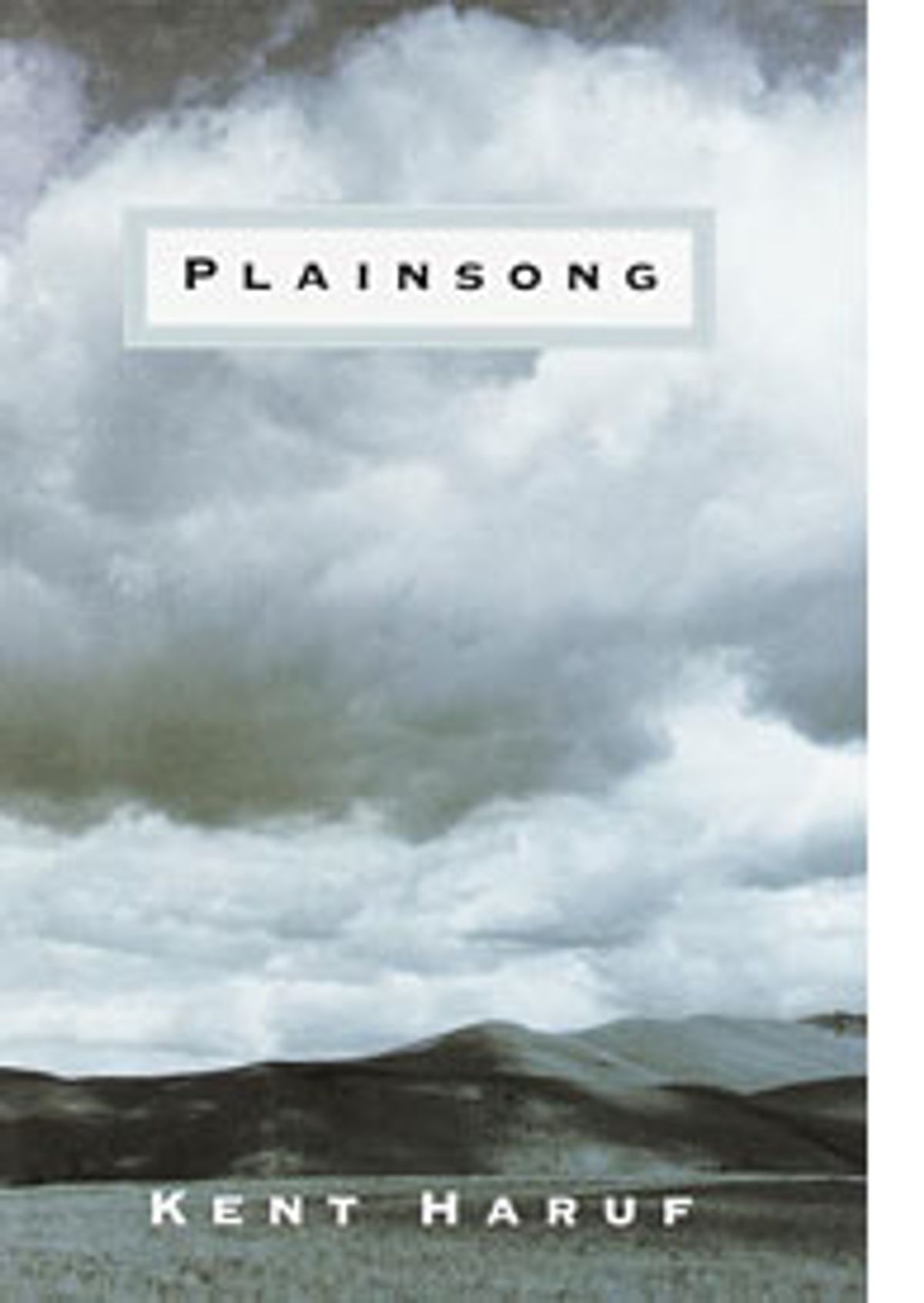 Late in the week, driving back to the house in the pickup in the evening, Harold said, Don't Victoria seem kind of sorry and miserable to you lately?

Because she stays in bed too late. That's one thing.

Till nine-thirty in the morning? I went back into the house for something the other day and she was just getting up.

I don't know, Raymond said. He looked out over the rattling hood of the pickup. I reckon she's just getting bored and lonesome.

Maybe, Harold said. But if she is, I don't know if that's good for the baby.

What isn't good for the baby?

Feeling lonesome and sorry like that. That can't be good for him. On top of staying up all manner of hours and sleeping all morning.

She needs her regular sleep. That's what she needs. She needs regular hours.

How do you know that?

I don't know that, Harold said, not for a certified fact. But you take a two-year-old heifer that's carrying a calf. She's not up all night long, restless, moving around, is she.

What are you talking about? Raymond said. How in hell does that apply to anything?

I started thinking about it the other day. The similarities amongst em. Both of them is young. Both of them's out in the country with only us here to watch out for em. Both is carrying a baby for the first time. Just think about it.

Raymond looked at his brother in amazement. They had arrived at the house and stopped on the frozen rutted drive in the front of the wire gate. Goddamn it, he said, that's a cow. You're talking about cows.

I'm just saying, is all, Harold said. Give it some thought.

I'm not either saying that.

She's a girl, for christsakes. She's not a cow. You can't rate girls and cows together.

I was only just saying, Harold said. What are you getting so riled up about it for?

I don't appreciate you saying she's a heifer.

I never said she was one. I wouldn't say that for money.

I just thought of it, is all, Harold said. Don't you ever think of something?

Yeah. I think of something sometimes.

But I don't have to say it. Just because I think of it.

All right. I talked out before I thought. You want to shoot me now or wait till full dark?

I'll have to let you know, Raymond said.