"Confessions of an Ugly Stepsister" by Gregory Maguire

Cinderella is a manipulative, self-pitying twit who loves to sweep ashes in this retelling of the fairy tale. 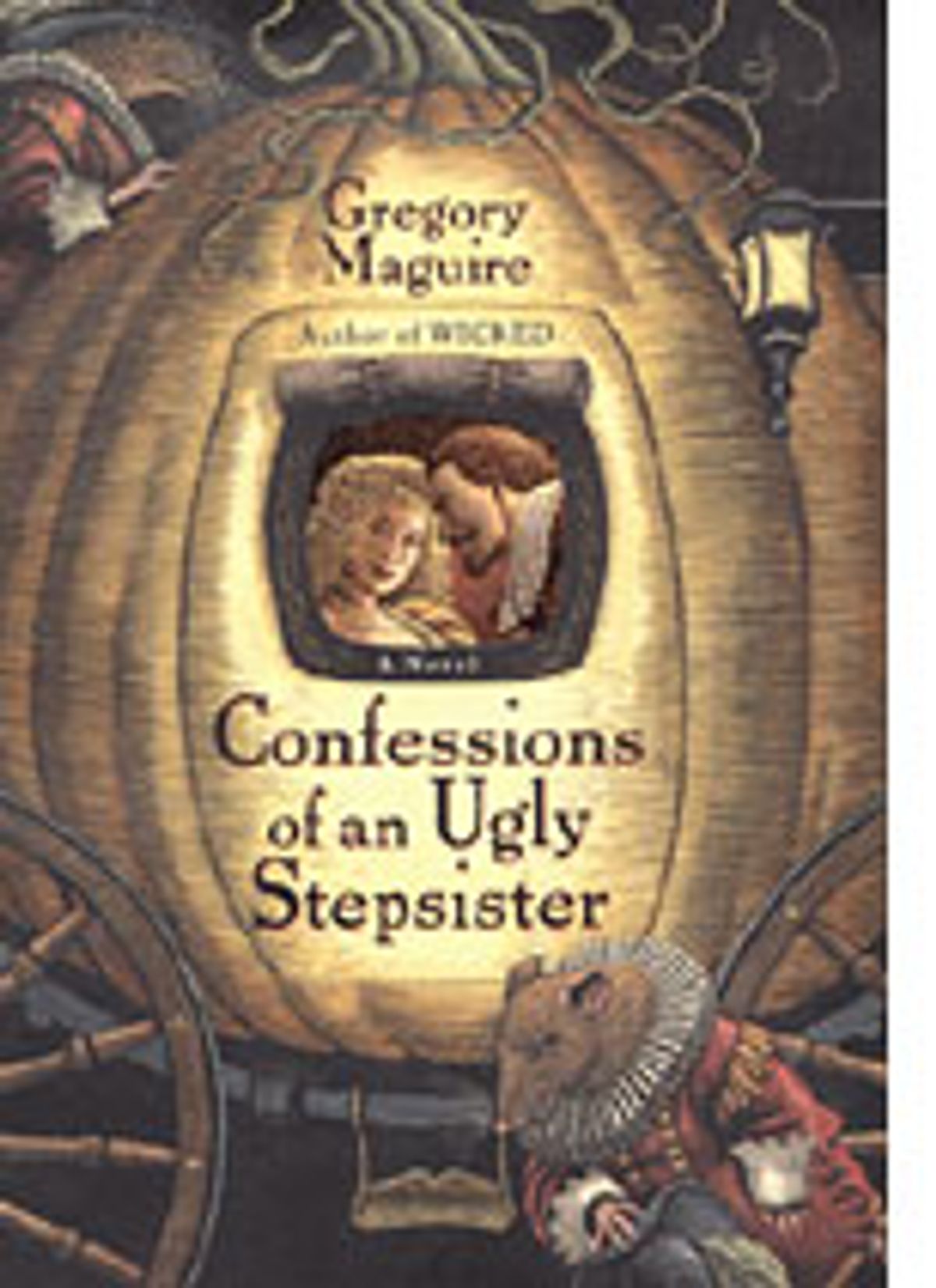 What if -- despite all you've heard to the contrary -- everything was
Cinderella's fault: the ashes, the dirty clothes, the long hours toiling
over a cauldron? What if the Grimm Brothers got it wrong, and Cinderella
was really just a controlling, prepubescent brat? If, instead of being a tale
of beauty and goodness triumphing over ugly old evil, Cinderella's story
was in fact a parable of the way those possessed of physical beauty can
trample on the patient, the intelligent, the good?

Gregory Maguire's new book retells Cinderella's story from the perspective of one of the stepsisters, in much the same way his first novel, "Wicked," reworked "The Wizard of Oz" to give the witch's point of view. In "Confessions of an Ugly Stepsister," Cinderella is a manipulative, self-pitying child who hates her new family, fears the outside world and holes up at home until a visiting French prince's search for a bride offers a chance at escape.

Clara, however, turns out to be petulant, ill-mannered and spoiled rotten, as well as too timid to leave her house. After van den Meer's wife dies and he marries Margarethe, Clara creates a refuge for herself in the kitchen, taking on more of the household
chores. When Iris gets a chance to apprentice herself to a local artist, Clara urges her stepsister to let her take control of the girls' shared duties:

"I don't care if you're happy or not, not really. But if
you're gone from the house, I'm the more secure in my kitchen. The more
needed, the more private. Call me Cinderling," says Clara, standing
straighter behind her mask of ashes. "Call me Ashgirl, Cinderella, I don't
care. I am safe in the kitchen."

Maguire's more complicated version of the fairy tale takes its time in
telling; by the time readers get to the climactic grand ball, they've gone
through a surplus of set-ups and foreshadowings, metaphorical gestures and
red herrings. To drive home his politically correct reversal of the Grimms' preference
for earthly beauty, Maguire weighs down the text with ponderous symbolic
flourishes: a town caught up in pursuit of the fragile but lovely
tulips that plummets into bankruptcy; a painter whose studio, filled with
radiant religious works, distracts visitors from a back room stocked with
portraits of demons and imps; and a convoluted, curious tale of kidnapping and physical
transformation.

Maguires own transformative work is less successful, however. Unlike the heroine
in "Wicked" who emerged as a far more complex and likable character than
in L. Frank Baum's original, the figures in "Stepsister" seem simply to be
different stereotypes: the outshined, smart but plain heroine; the
bitter old woman clinging dearly to survival. (And, oddly, Maguire's rewrite only goes so far: Cinderella herself still gets a version of happily ever after.)

J.K. Rowling's wildly successful "Harry Potter" books prove that fairy
tales can provide fine literary fodder. But Rowling surprises us with her
complex personalities and fanciful story lines; Maguire's latest, on the
other hand, offers only stock characters and heavy-handed
devices. In the end, "Confessions of an Ugly Stepsister" is just a bit short on magic.