How a bovine shut down a Florida highway

By J. A. Getzlaff 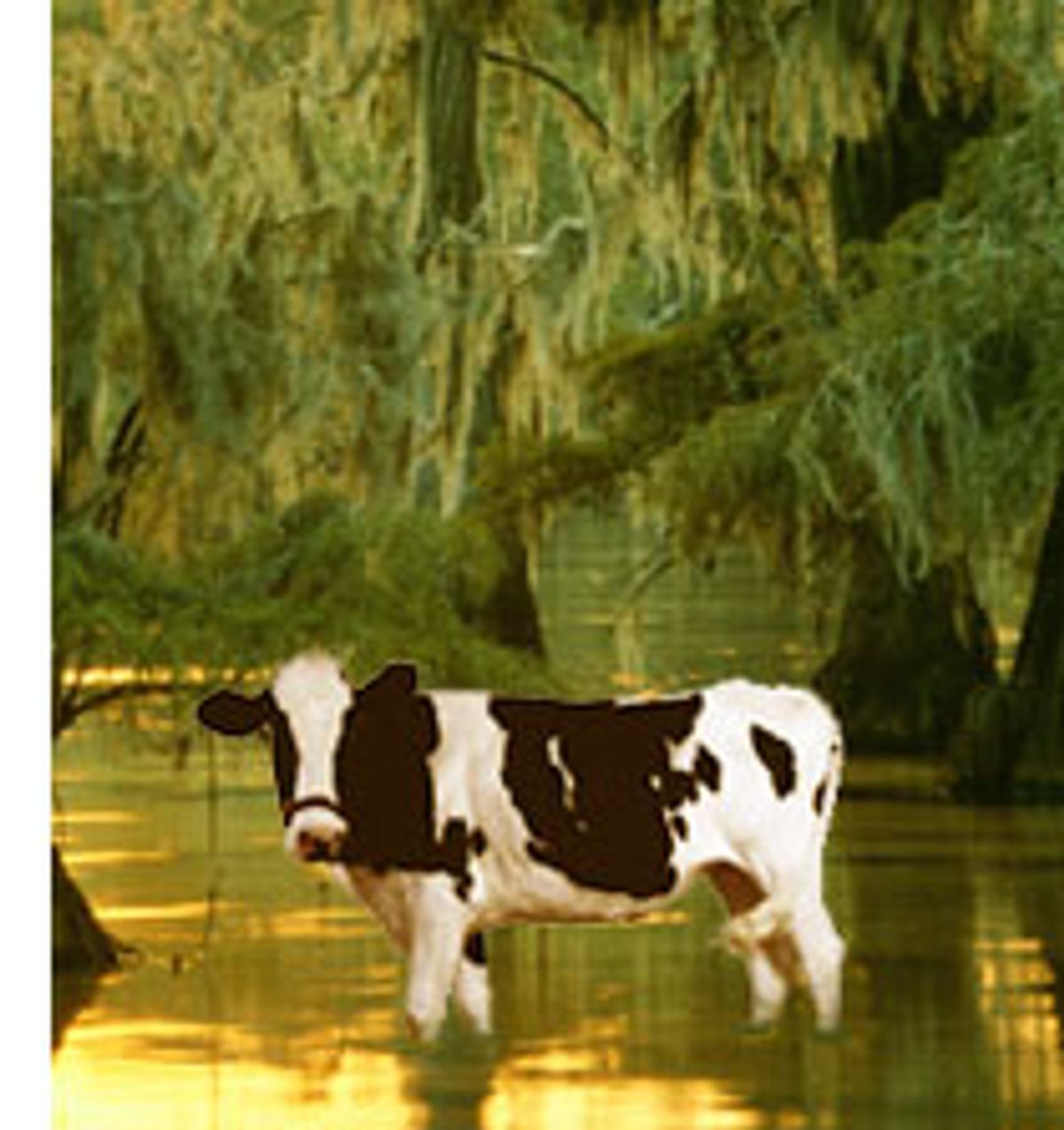 DeBary, Fla. — Central Florida's Interstate 4, which runs diagonally across the state from Tampa to Daytona Beach, became an unholy mess recently, all due to an oblivious bovine.

According to an Associated Press report, it all started when cell phone-toting commuters noticed a lone cow grazing in a 2 foot deep bog. Was she stuck in the muck? Or — oh God — drowning? The concerned citizens began to call the Florida Highway Patrol, demanding that something be done.

The FHP rushed to the scene and concluded that the animal was — hungry. She had four stomachs to fill, and water or no water, she was going to fill them.

The workers retreated, but the calls kept coming. To appease the drivers, the FHP then erected a giant electronic sign alongside the road. Its statement was succinct: "The Cow is OK."

The adventurous bovine, unmoved and, quite possibly, illiterate, soon wandered on to less soggy pastures. But the sign remained, causing motorists to slow down — and stop — and wonder, "What cow?"

According to the report, that second back-up stretched for miles and lasted for hours.

Editor's Note (06/27/2019): The article has been updated to correct the orientation and direction of Interstate 4.

By J. A. Getzlaff

MORE FROM J. A. Getzlaff