"The Missing Head of Damasceno Monteiro" by Antonio Tabucchi

A mystery of corruption, drug trafficking and decapitation by the Italian novelist. 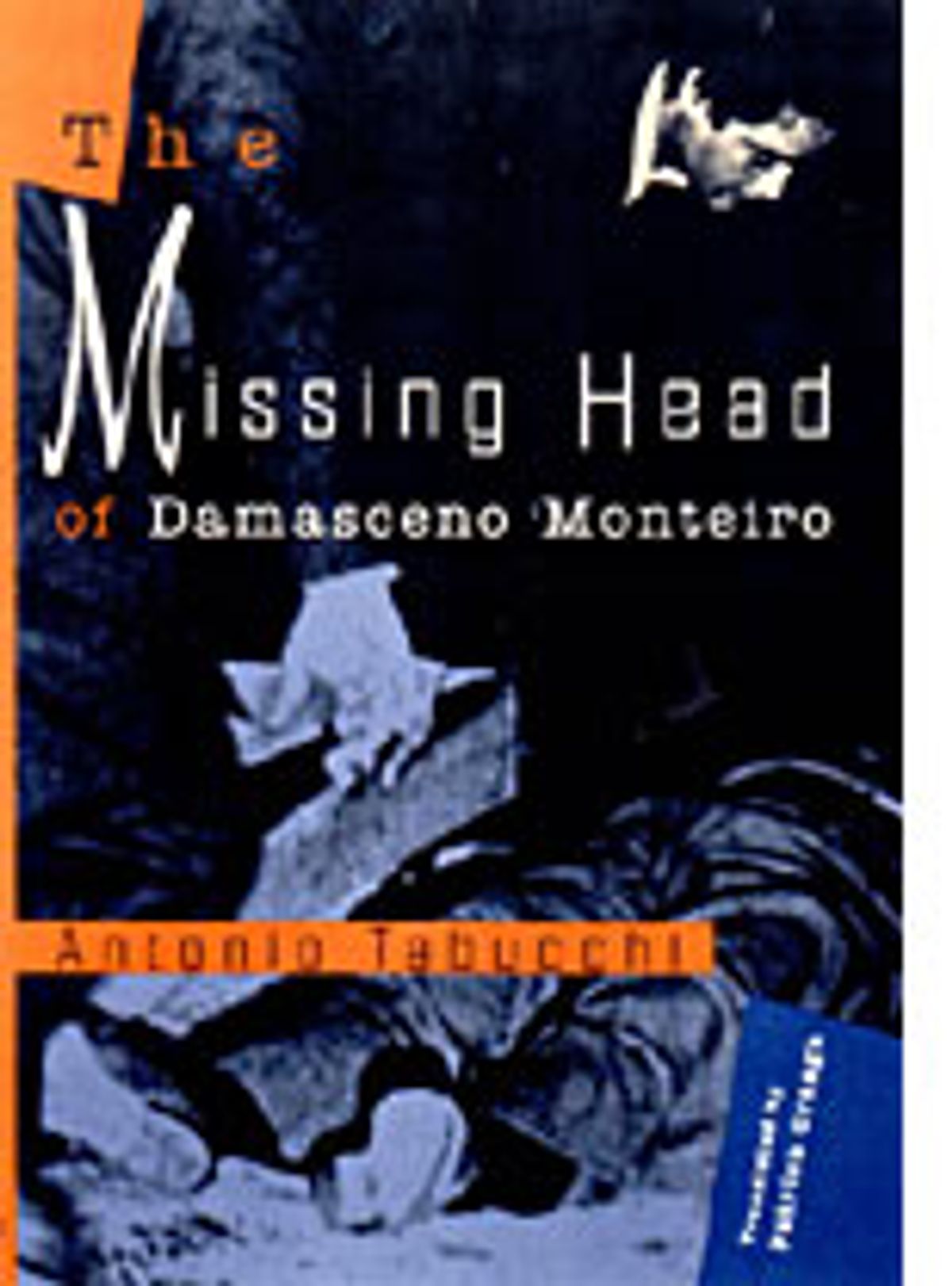 "What does it mean to be against death?"

A heady question, that, and not the kind you would expect to find at the
climax of a murder mystery. But Antonio Tabucchi's "The Missing Head of
Damasceno Monteiro" is not your typical murder mystery. In fact, it's
not much of a mystery at all. Starting with the discovery of a headless
corpse near a gypsy camp, its plot, which centers on drug trafficking
and state corruption in contemporary Portugal, unravels with surprising
ease and inevitability; most of the puzzle pieces are simply handed to
Firmino, the young journalist who chronicles the novel's events, by a
series of remarkably obliging witnesses.

No, enigmas of an altogether more vexing type permeate this brainy
page turner. Like the Italian novelist's much admired "Pereira Declares" (1994), "The
Missing Head of Damasceno Monteiro" pits a motley crew of bohemian
characters -- intellectuals, transvestites, members of the economic
underclass, as well as actual Gypsies -- against apologists for "military
valor, devotion to the flag, lofty patriotism, the defense of true
values, the struggle against crime [and] perfect trust in the State and
Nation."

If the background has changed -- the seaport city of Oporto instead of
Lisbon, neo-liberal democracy instead of the Salazar regime -- the
underlying moral rot remains the same, and the people on the margins,
like victims of some Kafkaesque machine, bear the consequences of
official abuse and neglect in their flesh. Manolo the Gypsy, for
example, once a proud craftsman, must now pick his way through lots
littered with condoms and syringes to attend to his humblest needs; and
Damasceno Monteiro himself, a hapless devil who steals a cache of heroin
meant for a more powerfully connected dealer, pays for his
miscalculation with torture, death and decapitation with an electric
carving knife.

Kafka, in fact, is invoked repeatedly in this novel, as are Lukacs,
Camus and Austrian legal philosopher Hans Kelsen, whose theory of the
"basic norm" the lawyer for the Monteiro family accuses of concealing a
"vampire," ungeheuer (monstrous) like the vermin in "The
Metamorphosis." It's all a bit much at times and may well prove baffling
to readers who aren't conversant with Continental philosophy.
Fortunately, Tabucchi's lush and evocative prose also conjures up a
vivid sense of old town Oporto's sweltering, labyrinthine streets and
paints mouthwatering pictures of the local cuisine, such as tripe ` la mode
d'Oporto and rice with red beans and fried bass, described
in loving, lingering detail.

And Tabucchi often manages to make his points through less abstruse and
didactic means -- the lurid dispatches Firmino dutifully grinds out for
his scandal sheet, O Acontecimento (whose motto is "What every citizen
needs to know"), and wryly surreal exchanges such as this one between
Firmino and a waiter on a late-night train whose stock has run dry:

"So what's to be done?" asked Firmino.
"You
cannot stay here without ordering something," repeated the waiter, "but
you cannot order anything."
"I don't follow the logic,"
retorted Firmino.
"It's Company regulations," explained the
waiter placidly.

Though sometimes preachy, "The Missing Head of Damasceno Monteiro" is a
gripping read: Lithe, elegantly plotted and, with its unblinking
scrutiny of the measures deployed against "people aiming to subvert our
culture," disconcertingly timely for readers on both sides of the
Atlantic. Patrick Creagh's translation is on the clunky side, far from
the apparent artlessness of the original. Still, "The Missing Head of
Damasceno Monteiro" is a bracing, clearheaded look at the not-so-inextricable
crimes that are passed off as justice in our supposedly
evolved, transparent democracies.