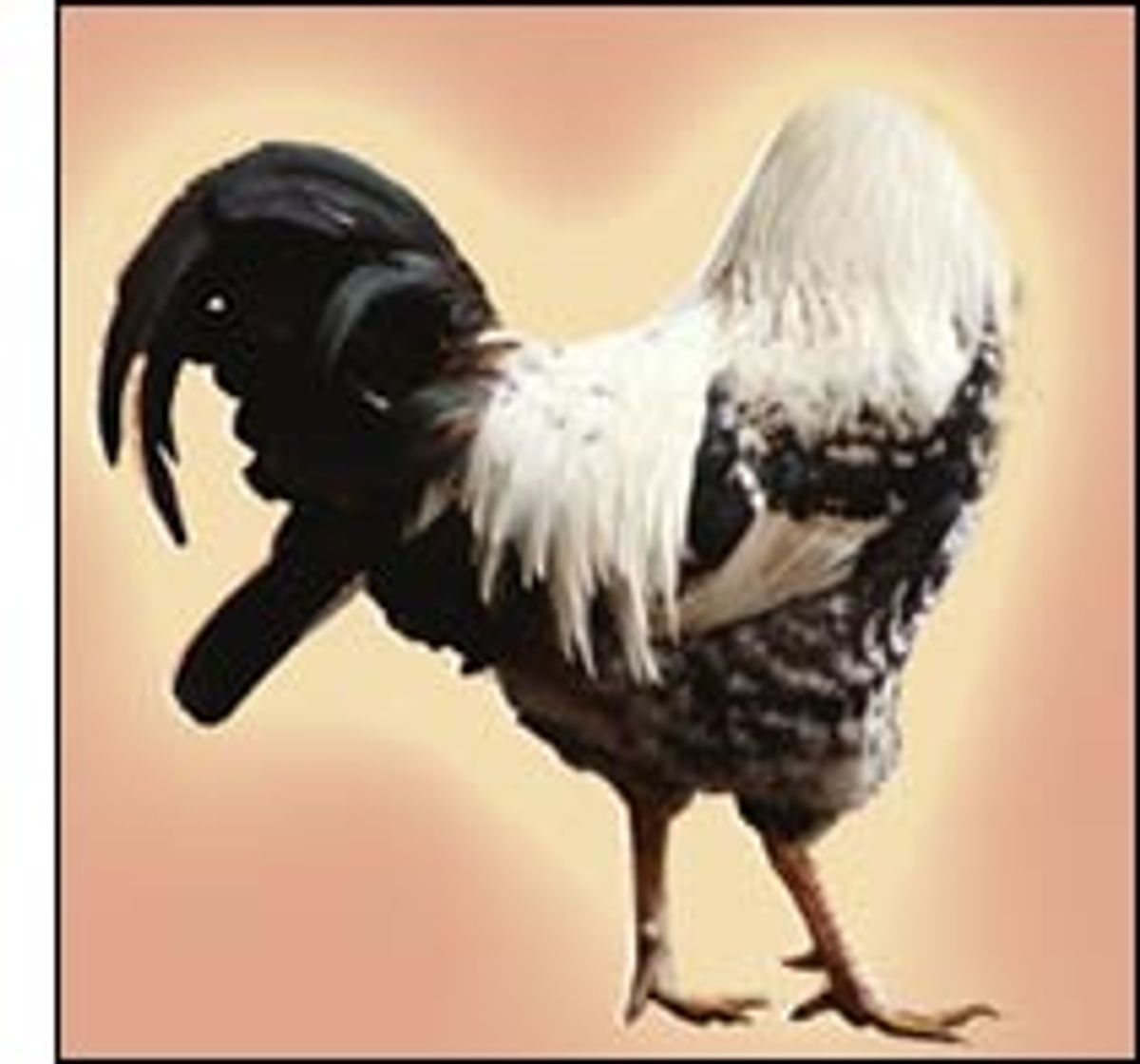 It's not too early to begin making plans for Fruita, Colo.'s annual Mike the Headless Chicken Day festivities.

Each May, the western Colorado town throws this giant fest in fond remembrance of Mike, a rooster who literally lost his head in 1945 -- and miraculously lived on to achieve fame, if not fortune, as a living, breathing, headless fowl.

According to the Denver Post, Mike's life changed forever when farmer L.A. Olsen chose him as the main dish for supper on Sept. 10, 1945.

Nobody knows what went through Mike's head when his owner placed it on the chopping block and hacked it off, but Olsen sure got a surprise when Mike stood up and -- bobbing and weaving -- headed back to the barnyard, sans head.

Mike's nonchalance amazed Olsen, who watched as the headless fryer mingled with his fellow poultry and attempted to peck at corn kernels.

The farmer decided to keep his prodigy alive and began to feed Mike with an eyedropper -- he simply dropped food and water into the rooster's exposed esophagus. He then launched a
P.R. campaign to jump-start Mike's career, and soon the decapitated chicken was touring the country, posing for Life and Time magazines and garnering a listing in the Guinness Book of Records.

Four-plus years later, Mike's life came to an end when a corn kernel became lodged in his gullet and he died of asphyxiation.

Fruita has expanded this year's commemorative festivities to two days, May 19 and 20. Scheduled events include a 5K Run Like a
Headless Chicken race, a Find Mike's Head Treasure Hunt -- and, of course,
plenty of chicken dishes.

Interested? For travel
information, visit the Fruita Web site. For more information about the festival itself, visit the Mike the Headless Chicken site.