A darkly seductive debut novel evokes the anxieties of urban life in Pakistan. 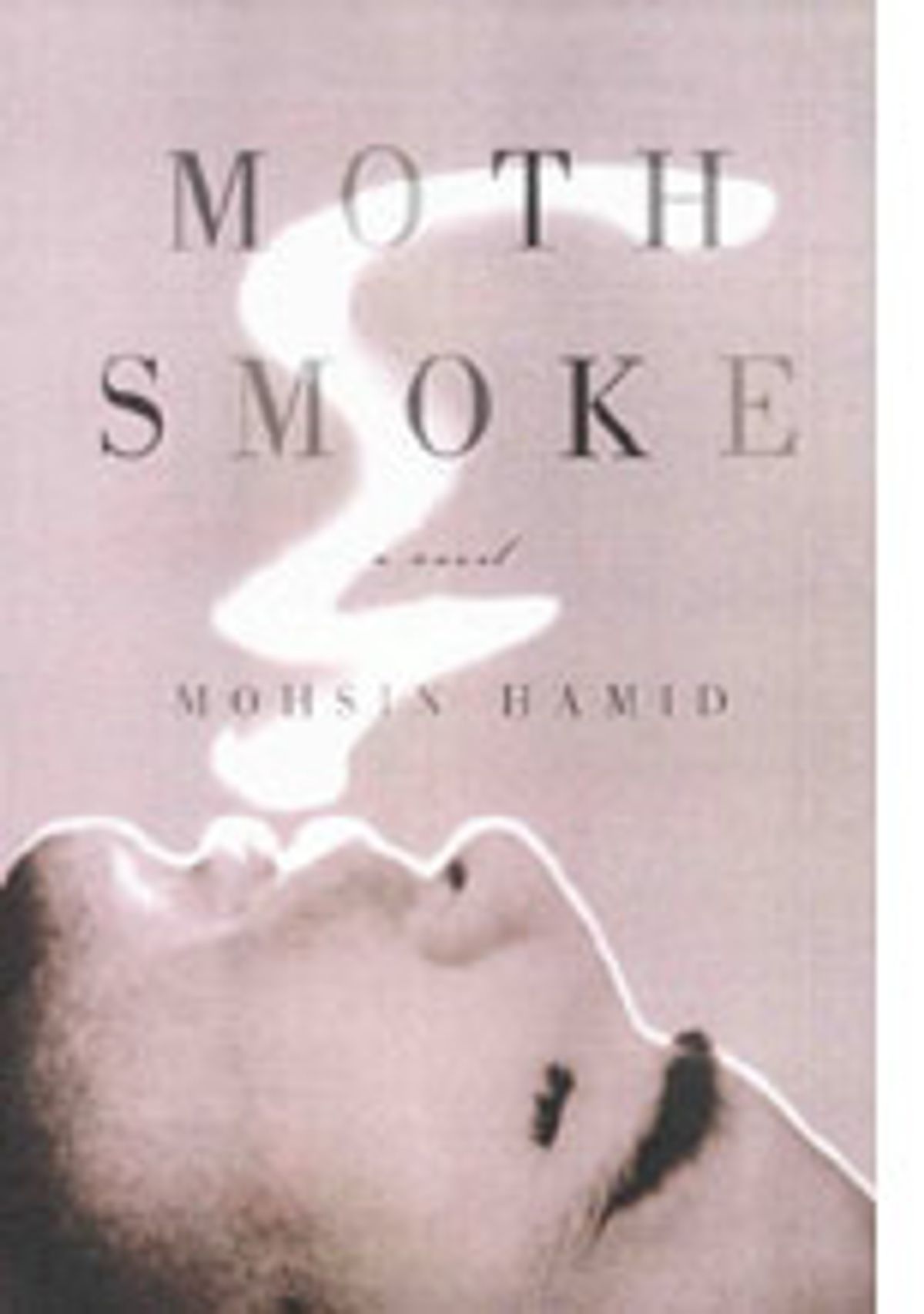 Indian writers of English prose are hot commodities these days, having
plunged onto the Western literary scene like elephants into a placid pond.
In India, the frenzy has caused a writing boom, inspired, perhaps, by the financial
success of Arundhati Roy's "The God of Small Things." But what about literary Pakistan? Fewer writers have emerged from there, and those who have are often overshadowed by, or lumped together with, their Indian counterparts. Though their voices are distinct, many Pakistani and Indian writers do share a concern for the defining moment in their nations' histories: the partition of the subcontinent in 1947. Mohsin Hamid's bold and ironic first novel is set long after that seminal event, but in its evocation of the anxieties of modern Pakistani life, the legacies of Partition are everywhere apparent.

"Moth Smoke" is set in the summer of 1998, when Pakistan detonated its first nuclear weapons in an escalating test-for-test with India. Like the atoms that must be split for a fission bomb to explode, modern-day Lahore is itself divided: between old and new, rich and poor, conservative and liberal. Lost amid this fractured society is Daru, a young man fired from his job as a banker, whose two great passions are hash and his best friend Ozi's wife, Mumtaz. Daru, an intellectual wastrel, has a kind of underworld existence; unable to afford electricity or air conditioning, he lives alone in sweltering darkness. Ozi and Mumtaz, in contrast, run with Lahore's urban hip, the sushi-and-mobile-phone crowd.

We are told early on that Daru has killed a boy. But did he really do it?
The discovery of the truth leads us along Daru's downward flight from stability to desperation, from salaried banker to low-life addict. Daru is wracked by devastating hunger, for food and drugs as well as for the radiant Mumtaz. (Think Knut Hamsun writing Pakistani noir.) When Daru departs after a meal at his uncle's house, he is consumed by the aroma of leftovers: "The smell makes me hungry even though I've just filled my stomach with as much as I thought it could hold ... I wonder why my body has
chosen this moment to give me such an appetite, when I can least afford it." The food Daru has just consumed is a luxury beyond his means, as is Mumtaz, with her glamorous life of sleek cars and elite parties, though that doesn't prevent him from pursuing her.

The book's dominant image is of a moth circling a flame. In the darkness of
evening, Daru watches the strange seduction played out: the moth "spinning
around the candle in tighter revolutions," attracted to the fire. Ignited,
the moth is consumed. The lingering moth smoke reminds Daru of burning flesh
-- his own, for this Icarus ends up singed by his own irresistible attractions.

To tell Daru's story, Hamid employs multiple narrators, each with a distinct voice, none entirely reliable. This variety is, to my taste, a flaw, since none of the others is as finely pitched as Daru's tragic, ironic voice. When Daru isn't speaking, the prose tends to the flamboyant, with overworked metaphors and relentless punning, adding up to a bad Salman Rushdie impersonation. All in all, though, Hamid has turned a beautiful trick: He has made an old formula -- man, woman and cuckolded husband -- into something fresh
and luminous. Rather like a moth turned into a butterfly.