Sometimes even high-flying airline pilots turn out to have feet of clay. 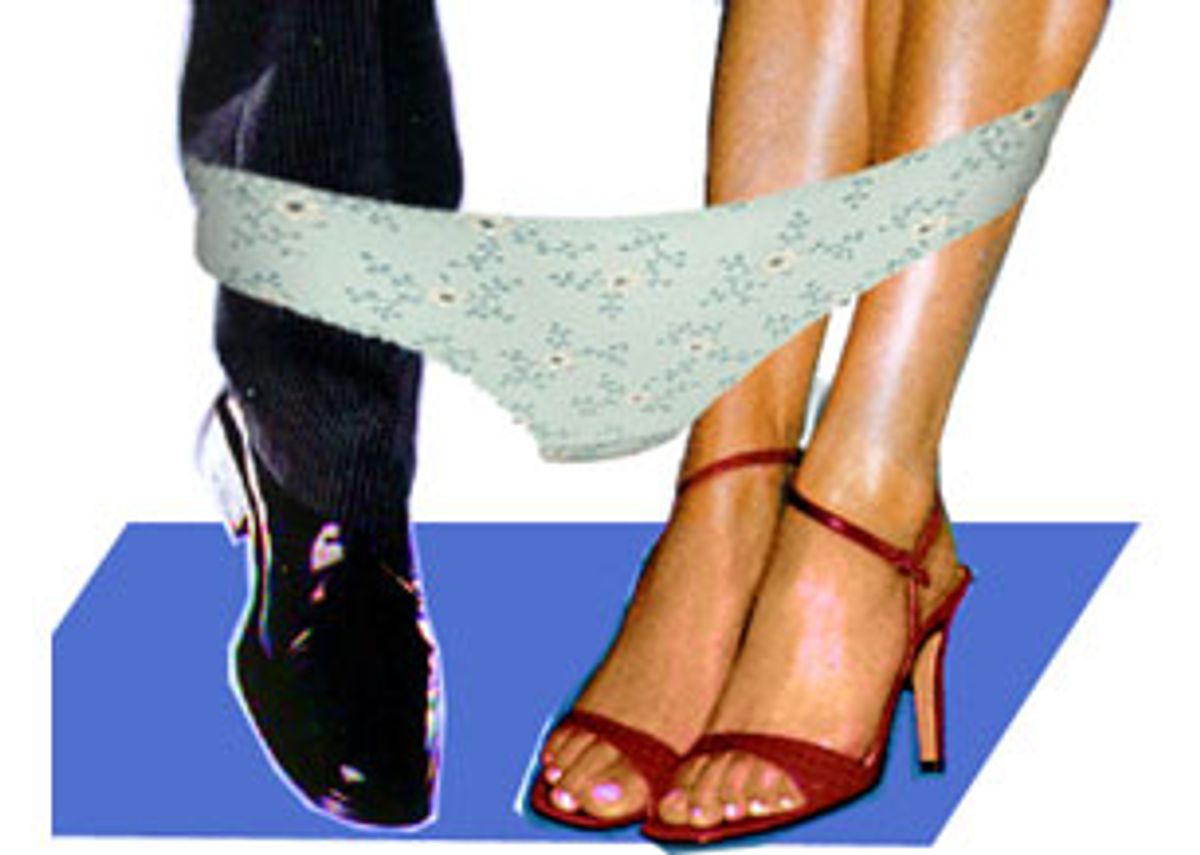 Commercial airline pilots, many of whom adopt hard-edged, one-syllable, "Top Gun"-ish names like Chuck, Skip, Buzz, Chip, Turk, Blade and, uh, Dick, have a reputation for thinking highly of themselves. Like surgeons and criminal defense attorneys, they undergo rigorous training, withstand constant public scrutiny, make lots of money and are responsible for the well-being of their clients.

But every now and then, when a silver-haired fly boy steps out of the cockpit, hitches up his pants and prepares to mix with the plebeians, a measure of humor comes right along with them.

Here are three good examples of pilot faux pas as told to me by flight attendants or the pilots themselves:

During a cross-country all-nighter, a particular DC-10 captain (we'll call him Capt. Spaz) stepped out of the cockpit to relieve himself in the first-class lavatory. But when he opened the door and stepped inside, a woman let loose a scream that woke the dead and nearly killed a few startled passengers. Sitting on the toilet with her pants around her ankles, the woman had apparently forgotten to lock the lavatory door.

Capt. Spaz -- startled by a succession of screams that brought flight attendants scurrying from their posts -- immediately backed out of the lavatory. In the process of stepping in, however, he had somehow managed to hook his foot through one leg hole of the poor woman's panties.

While backing away from the lavatory, Capt. Spaz inadvertently yanked the woman's legs forward. She screamed again. He tried wiggling his foot out of her panties. She screamed once more. He pulled harder. She screamed louder. He fell on the floor, in full view of the first-class passengers, jiggling his foot like a ... well, like a man with his foot caught in the leg hole of a strange woman's panties.

By the time he extricated himself, by the time her panties had snapped back into place and the door had been mercifully shut and locked, Capt. Spaz had lost most of his self-esteem and one of his uniform shoes. He retreated into the cockpit and was incommunicado for the entire 30-hour layover that followed the flight.

In the middle of the night, during a layover somewhere in South America, another captain (we'll call him Capt. Sleepy) woke in his hotel room. Buck naked and barely awake, he opened the door and stumbled into what he thought was the bathroom. "It was really bright in there," he said to me while recounting the story. "Deep down inside I knew I hadn't turned on the bathroom light yet. But I guess I was too sleepy for that to register."

When the door shut behind Capt. Sleepy, he opened his tired eyes. There was no commode, no shower or sink. But there was another door directly in front of him. The door had numbers on it. He looked down and noticed the thick carpet below his feet. He looked left, then right, half-seeing the row of lights that stretched out in either direction.

Now wide awake, Capt. Sleepy ran to the stairway, descended 21 flights, poked his head through the lobby door and begged the traumatized night clerk for a spare key and a robe.

After calming her down, the hotel doorman climbed into the bus and relayed a message to the purser. The purser threw a look at the captain. "The doorman says you need to clear up a room charge with the front desk," the purser told him in a whisper.

Unable to appreciate the diplomacy the purser had used, the captain insisted that he had no outstanding charges. "You need to pay your bill," the purser insisted, jamming his thumb toward the woman. The pilot refused once more.

Frustrated, the purser said in a loud voice, "The prostitute who spent the night with you says you didn't pay her enough money."