How a windswept, bullet hole-ridden telephone became a legend in its own time. 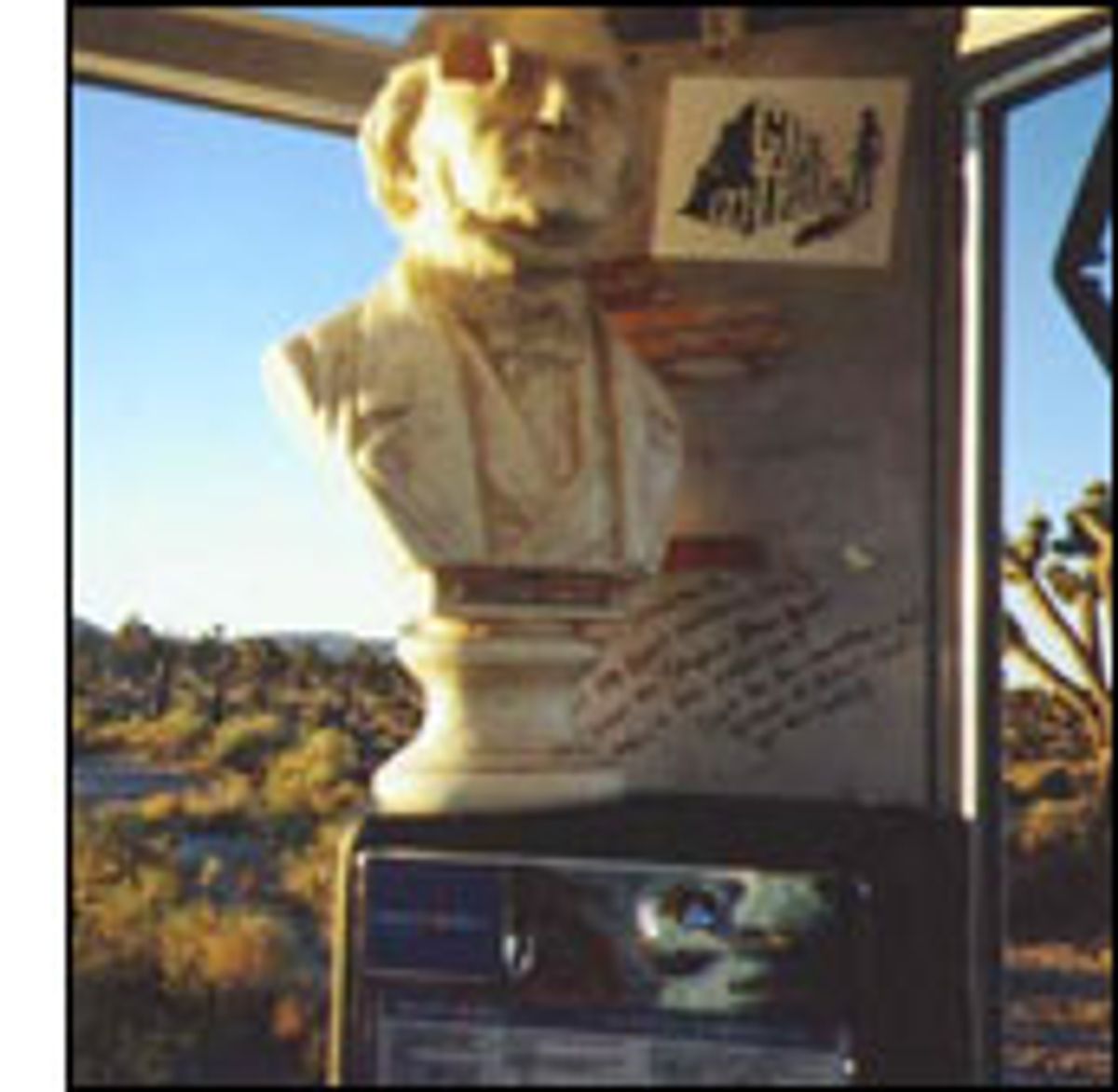 Somewhere in the middle of the Mojave National Reserve is a phone booth. Thanks to Internet cowboy Godfrey Daniels, the windswept, bullet hole-ridden booth, once used solely by ranchers and miners, is now famous.

The story goes like this: Daniels, a computer programmer by day and hopeless romantic by night, heard about a working phone booth sitting in the midst of scorched scrub about 12 miles off of Interstate 15 and 75 miles southwest of Las Vegas. Curious, he set out to find the booth, and not only did he find it -- he fell in love with it.

His labor of love paid off, and soon digital surfers from far and wide were calling the phone -- and in some cases, peeling their butts from their chairs to actually visit The Booth to answer its incoming calls.

To date, calls have been made by South Africans and answered by New Yorkers. At all hours of the day and night, the phone rings.

But not everybody has been happy about it. According to Daniels' site, one killjoy stole the phone's receiver, and now park rangers are confiscating the quartz stones that have been used to write out the booth's phone number for aerial viewers.

Yet the Mojave Phone Booth prevails -- it remains up and running, lovingly decorated with big-busted Mattel toys and photographs of itself, and inspiring television commercials, a short story and even an indie film, "Dead Line."