I thought the Net belonged to my generation, until my father surprised me with his start-up. 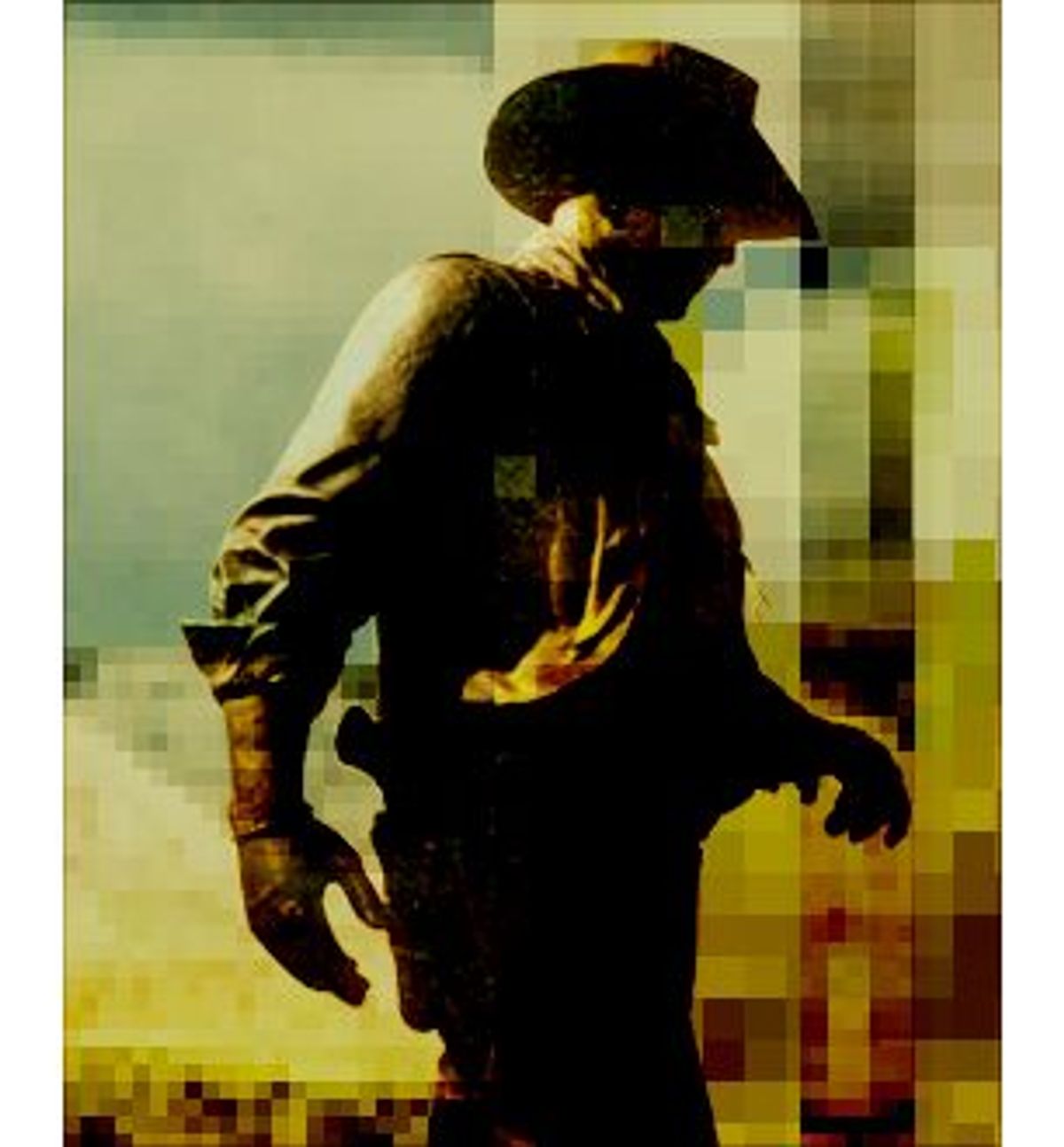 Dick Brown is a genuine Silicon Valley veteran. He's clocked over 20 years in the region. His office in Santa Clara is elbow to elbow with such technology giants as Cisco, Network Associates and Yahoo. He lunches at the prestigious Decathlon Club and Birk's Grill, which are to the local computer electronics industry workers what Buck's is to venture capitalists. "There aren't that many Internet companies around here," he comments as he drives me through the circuitous back lots and the local office parks. "They aren't big enough to own buildings in this area."

Compared to the grime-free new technology of the Internet, Brown's business seems positively industrial age. His primary company, SBMC, makes precision sheet metal -- the steel components that go around computers, gaming machines, server racks and other high-tech electronics. His factory is full of noisy, hulking, expensive machines that cut and punch and bend actual physical products -- an activity I take for granted, immersed as I am in the world of invisible bits and bytes.

But people like Dick Brown -- who happens to be my father -- haven't taken the Net for granted. In fact, he's embarking on his very own Internet start-up, to my great surprise and consternation. Although it's thrilling to see him doing something new and exciting, I guiltily harbor the feeling that he's stepping on my toes. If the Dick Browns of the world turn the Net into their medium, does that mean that it's no longer my generation's domain?

I first discovered the Net in 1991, when a friend introduced me to a mailing list about the local rave scene; my first job, to my baffled parents' surprise, was at a small start-up called HotWired. At a time when the overall economy was lousy and college graduates were welcomed to the work world by largely clerical "entry-level" jobs, the first Net companies offered the promise of something really new. It was an industry where you could be an expert without an MBA and 20 years of experience, where you could shape a company without having to climb the corporate ladder. Young people jumped at the opportunity, and because they were willing to take more risks and to try totally unproven ways of doing things, before long they were running the show.

But that was an anomaly in time. Now, everyone is online, from school kids to grandparents, and it's increasingly obvious that launching a Net company is no longer an activity dominated by crazy tech-savvy and enterpreneurial kids. The Net is going to be a component of every business, including those owned by grizzled veterans like my dad; veterans who, in all likelihood, already know how to run a company, manage a team and turn a profit far better than most wet-behind-the-ear college grads.

But it's been a little difficult for me to accept this fact. For Father's Day last year, I gave my dad a subscription to TheStreet.com and a copy of Po Bronson's book "Nudist on the Late Shift." "I think this might help you understand what my world is like," I wrote in the card. A week or two later, when I went to visit my parents, I saw the e-business tomes "Net Gain" and "Digital Darwinism" on the coffee table. My dad confessed: He had been planning a Net start-up. So much for my condescending card.

My father is no stranger to high-tech entrepreneurialism. I grew up in Atherton, on the fringes of Silicon Valley -- my next-door neighbor was a well-known venture capitalist; my father cut his teeth at multinational semiconductor companies, and even spent some time at a failed video-phone start-up in the 1980s. Today, he's a successful businessman who owns not only SBMC but other firms. And his company is profitable -- while most Internet companies are not.

When my father first told me about his interest in starting an Internet company, I cringed. My dad may understand the computer electronics industry, I thought, but the Internet is worlds away, and he had never been a Net-head. I, on the other hand, would count as a hardened Internet veteran; I have watched countless companies crash and burn. The last thing I want is to see my father with a failed start-up.

My dad has asked me a lot of "clueless newbie" questions over the last six months. I helped him build a Web site for his current firm, fielding questions about how to make sites "interactive" and what, exactly, was possible with online forms. I've advised him on the merits of .net versus .com domain names, and explained how to use the Network Solutions WHOIS database. Since then, my tasks have become increasingly difficult: digging up research about the size of business-to-business markets, coming up with names of marketing firms, explaining the ins-and-outs of online advertising.

My father is now proposing an ambitious business-to-business portal for the electronics manufacturing industry called Design For Manufacturing. I don't know the B2B market, but I've got to give my father credit: He's a quick study. These days, he's playing golf with venture capitalists; he's got engineering contractors across the country; he's talking about hiring a young e-commerce expert to run the show. I read his business plan, and it went over my head.

But that doesn't allay my fears about my father getting into "my" industry. Perhaps it's ageist snobbery on my part: The Net strikes me as a medium for youthful buccaneers who have the agility to move quickly and who enjoy a certain rootlessness that keeps mistakes from totally destroying their lives. It's not, my rather illogical thinking goes, for experienced businessmen in their 50s with mortgages and vacation homes and gray hair -- like my father -- who don't necessarily know the difference between IRC and ICQ.

"You don't have to be a geek anymore, you can just hire one," explains my father's old friend Tom Holt, as he kicks back in his office full of whirring servers and glowing computer monitors. I used to babysit for Tom Holt's children. Those same kids are now Stanford students who are helping their father write code and algorithms for his new company, Surfwax.com, a search engine he spun out of his educational publishing company three years ago.

"What you're seeing is the 'wiser' generation -- perhaps not wiser per se, but with whatever age provides you, like perspective -- these people are arriving on the scene with this knowledge," he says.

It grates, of course, to hear my father's generation being called the "wiser" generation. I had always thought I was wiser when it came to the Net. I had come to think of the Net as a wild "free zone" where young people, for once, were allowed to be in control; finally, we knew more about something than the older generations did. But the arrival of our parents is changing things. As the "gray hairs" of various industries come to understand the Net -- and as the Net itself matures from the anarchic free-for-all of its infancy into a business-friendly medium -- it's no longer such an advantage to be young.

I know that I'm hardly the only person with this kind of bias; it's ageism, flat and simple, that instills the younger generations with the conceit that youth means smarts in this medium.

"It's hard not to notice that it's a young person's venue," says Holt. "A friend of [his daughter] Ashley's said, 'Gosh, Mr. Holt, what made you at your age want to start SurfWax?' ... I laughed because it seemed obvious to him that I was too old for this, but it wasn't obvious to me."

Younger people are easier to exploit, more adaptive to change, have less to lose. We probably catch on quicker to new ideas and have more energy to follow every twist and turn of the new technology. But it's obvious that the wisdom our parents can bring to the Net is relevant too: My father happily admits that he isn't as quick with the technology as others might be, but on the other hand, he's got 30 years of business experience that most just-graduated-from-Stanford MBAs just can't touch.

The Net could probably use more people like him. "The difference is partly the training my generation has -- that being in business means that you need to make a profit sometime. None of us think you go IPO, build your position with the money you make from that and then get out before the shit hits the fan. We go in with a sense of cost control," explains my father. "I kept looking at dot-com advertising on TV over Christmas, and I couldn't figure out why these intelligent people -- venture capitalists and angels -- would let these companies spend money like this. You don't generate that much business out of a $2 million, 30-second commercial."

He certainly makes sense, but as one of those young Net guns, it's hard for me to accept this line of thinking -- I keep wanting to urge him to think bigger, think more expensive, think staffs of hundreds and venture capital backing in the tens of millions. I suppose it's natural for me to think in hyperbolic terms -- I've watched hundreds of companies launch, and that's the formula that's worked for eBay, Webvan and iVillage. It kicks their valuations into the billions; but is it logical? Probably not. Yet that's what gets attention these days, and attention equals fortune, in this economy.

My father says that the Net isn't really as young as the stereotypes would lead you to believe. "I started this process six months ago thinking that everybody was young, but I've discovered that in the business-to-business sector everyone is like me," my father explains. "It's only in the consumer Web site area that everyone is younger, because they can identify with what they're creating."

In all likelihood more and more start-ups will be emerging from my parents' generation, as successful real-world entrepreneurs bring their skills to the Web. The Net offers a natural solution for business people who for years have been tackling problems in their industry. My father recently went golfing with four friends; three of them were also in the process of building start-ups that were natural outgrowths of the businesses they'd been in for the last few decades.

As Holt laughs to me, "It does invigorate you, make you feel younger. So why not?"

So, for Christmas, I gave my dad a chunk of free consulting time. Truth be told, it's refreshing to not only offer my expertise to my father but to get a window into his wisdom as well. His new business has him more excited than I've seen him in years; at family dinners he and I now vigorously debate Net markets and business models. I may not be able to lord my Netly superiority over him -- my world isn't such a secret anymore -- but we can be geeks together.