Moral: In Vegas, a full plane beats a full stomach any day. 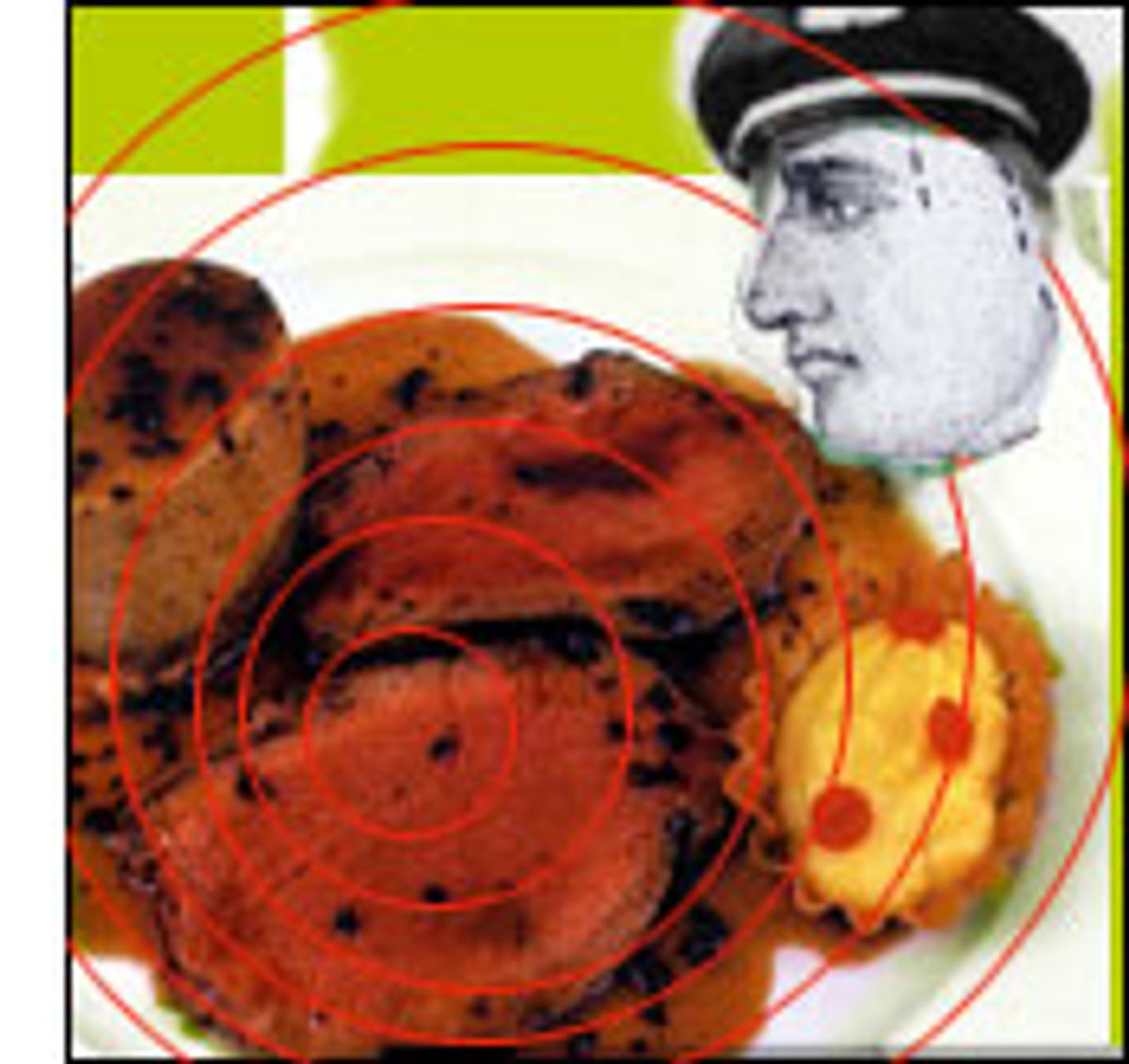 Some people will walk a mile for tasty victuals, and former Northwest Airlines
pilot Floyd Dean is one of 'em. On Nov. 23, 1999, after a flight from
Detroit to Las Vegas, the hungry captain went on a 90-minute search for a
"decent meal" -- and was fired because of it.

According to a Reuters report, Dean disembarked from a Boeing 757 in search of
cuisine that was more pleasing to his palate than the freeze-dried fare prepared
for Northwest's passengers. When he couldn't find anything suitable in the
terminal, he hailed a taxi and continued his search outside the airport.

By the time he had returned, the 150 passengers waiting for him to fly their plane
were a bit cranky, as were his fellow crew members, who apparently didn't
appreciate Dean's gourmet tastes.

Northwest promptly fired the 22-year veteran for "abandoning his
plane." Yet one question remains unanswered: What meal did the finicky pilot
choose? Foie gras from the Paris Las Vegas Casino Resort? Salmon and crhme
franche pizza from the Wolfgang Puck Cafe? Top sirloin from the Hungry Hunter?